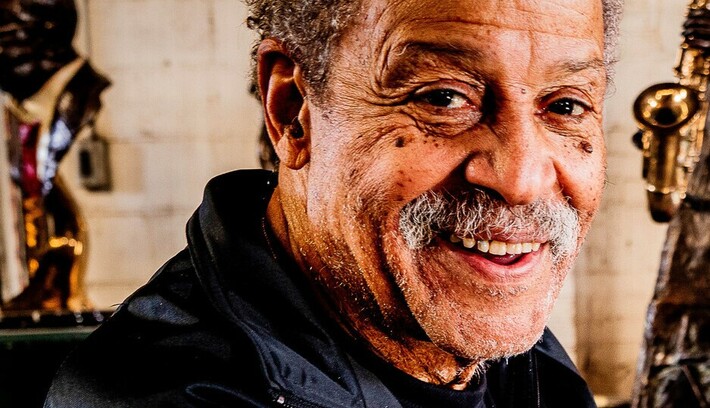 Soaring on the Wings of a Dream: Ed Dwight’s Genius Takes Off in DEN Exhibition

Ed Dwight, Jr. is accustomed to attention and accolades. His biography and artistry regularly appear on major media outlets, broadcast to international audiences. The latest toast to Dwight’s oeuvre takes place within a relatively brief drive from both his studio and residence, but will still play to an international audience of millions. Denver International Airport hosts the latest salute when the Mile High City’s international transportation portal honors the Denver-based artist later this month with an exhibit titled, “Soaring on the Wings of a Dream.”

The airport, officially abbreviated as DEN, reported that more than 58 million passengers passed through the hub last year, which gives an idea of the sheer number that will gaze and marvel at Dwight’s preternatural ability to capture towering moments and characters in bronze. This latest homage comes on the heel of features in the Smithsonian Magazine, CBS Mornings and the New York Times. But, even those formidable podiums don’t have the size, scope and immersive reach of the DEN exhibit. 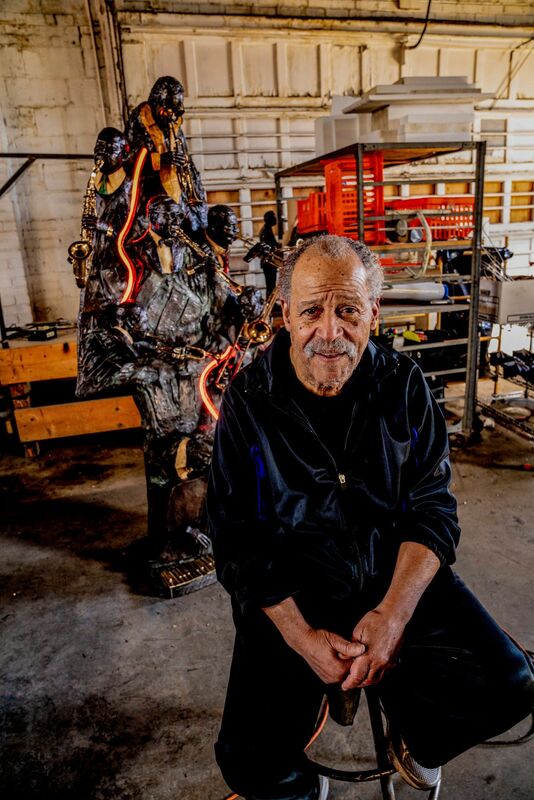 The magnet of all this attention appeared surprisingly unaffected by his celebrity when he was interviewed at his Denver studio on a Sunday in mid-September. Surrounded by bronze works of various sizes and subjects, the artist takes his success in stride. He’s obviously grateful for the encomiums, but he doesn’t allow them to inflate his ego or alter his priorities. And it’s obvious a supreme priority is family. Both his wife and daughter are present during parts of the interview; it’s obvious their presence, care and affection mean more to him than either his legend or the astounding artistry present in the studio.

But, that legend and artistry can’t be ignored. Surrounded by statues of jazz titans and field hands, Dwight delves into the past, an improbable sequence of happenstance and stubborn diligence that conspired to produce one of America’s greatest artists. Frequently mentioned in media features on Dwight is a connected milestone and a lost opportunity – the milestone being Dwight’s achievement as the first Black astronaut candidate and the lost opportunity being that candidacy’s failure to launch Dwight – literally and figuratively – to the moon and back. However, Dwight’s unperturbed that he wasn’t an astronaut. Looking at the surrounding artistry, it’s not difficult to understand his indifference. His career, with or without NASA, was destined for stratospheric heights.

Media accounts fixating on Dwight’s missed opportunity have a point. The America of his childhood didn’t exactly encourage young Black children to venture past established societal parameters, let alone shoot for the stars. Born in Kansas City, Kansas 89 years ago, he expressed a dual interest in airplanes and art. He told the New York Times, “From the time I was a little itty-bitty kid, I was going to the airport every day. I began to study all the airplanes. This was my private fantasy.” However, in segregated Kansas City, that fantasy did indeed seem fantastical if not outright delusional. At least until he saw a newspaper photo of a captured Black pilot – and from his hometown no less.

Armed with a role model, Dwight continued pursuing his dreams with the limited resources available to him. He mentions frequenting the library, pouring through flight manuals for recreation. This early discovery ultimately propelled his later decision to join the Air Force, which led to his historic astronaut candidacy. His extracurricular studies in the library also prepped him for the flight tests he took – and passed – years later in the 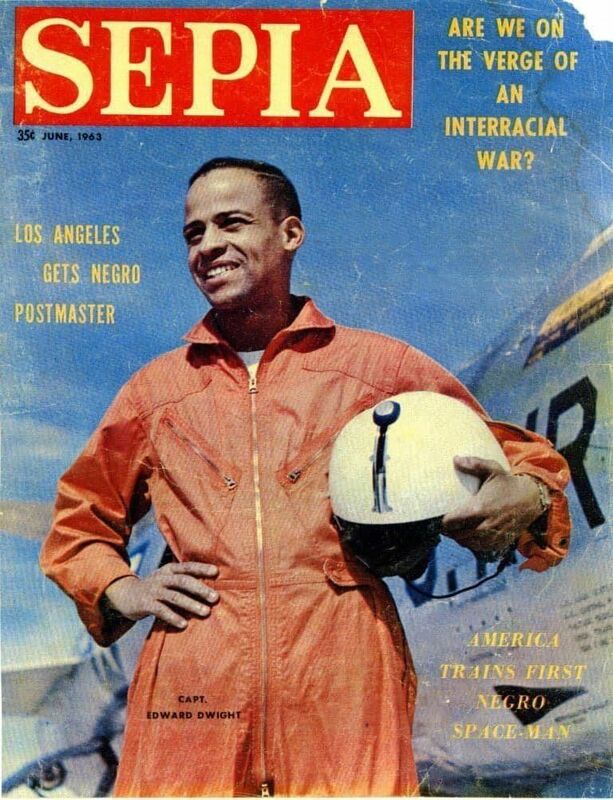 Art also occupied his nascent interests and activities. However, his father discouraged that less lucrative pursuit. Dwight compromised, enrolling in Kansas City Junior College as an engineering major. But, as he said, he applied his artistic talents to his engineering projects with imaginative architectural designs. With a glint in his eye, he relayed that he satisfied his father’s and his own wishes in a surreptitious and diplomatic swoop. Graduated from junior college, Dwight joined the Air Force and earned an engineering degree from Arizona State University with high honors.

The combination of his smarts, education, abilities and aspirations positioned him as a perfect candidate to realize the Kennedy administration’s strategic ambition to send a Black man into space. While Dwight had the qualifications, his candidacy wasn’t a cakewalk. He recalled that while he received 1,500 fan letters a day, others tacitly opposed his candidacy. His white peers shrugged a cold shoulder when he entered Edwards Air Force Base Test School. He spent a lot of time alone. The consensus was that they’d “freeze him out, he’ll be gone in six weeks,” recounted Dwight. However, his commanders and colleagues didn’t confront or harass him. He has a simple but powerful explanation for their restraint. “I had a guy in the White House who had my back.”

While the Kennedy administration promoted his candidacy, other lawmakers weren’t so enthusiastic.  “The president had to sell me to Congress,” Dwight explained. Public sentiment was also mixed. The Black press and public cheered his candidacy, but mainstream sentiment wasn’t so buoyant. He explained that groups within society weren’t keen on either Blacks or women in space.  Plus, he added, he didn’t fit the ideal image of a heroic figure at the time – tall and white. In the embryonic space age, astronauts personified the concept of an otherworldly, celestial hero.

Ultimately, Dwight didn’t make the final cut in 1963; after Kennedy’s assassination, Dwight’s historical candidacy – or at least any realistic expectation of its success in his estimation – collapsed. When asked if he has lingering disappointment of the denied candidacy, Dwight brushes off the past disappointment.  “I understood the politics of it,” he simply stated.

After the dashed hopes of soaring into space and literally moonwalking, Dwight rebounded. After leaving the Air Force, he entered the private workforce. A stint at IBM inadvertently led him to realize another childhood ambition – to become an artist. IBM’s staid business culture didn’t agree with Dwight’s imaginative wardrobe. Rather than frustrate Dwight’s sense of creativity, a boss encouraged him to transition into another role – designing company artwork. A series of entrepreneurial efforts, ranging from aviation to construction to restaurant services, followed. Dwight recounted that as a construction consultant, he welded together pieces of scrap metal into rudimentary but imaginative pieces. He displayed a scrapbook of photos of these early pieces. While they don’t approach the scale, grandeur or finesse of his later works, the inchoate talent is obvious. 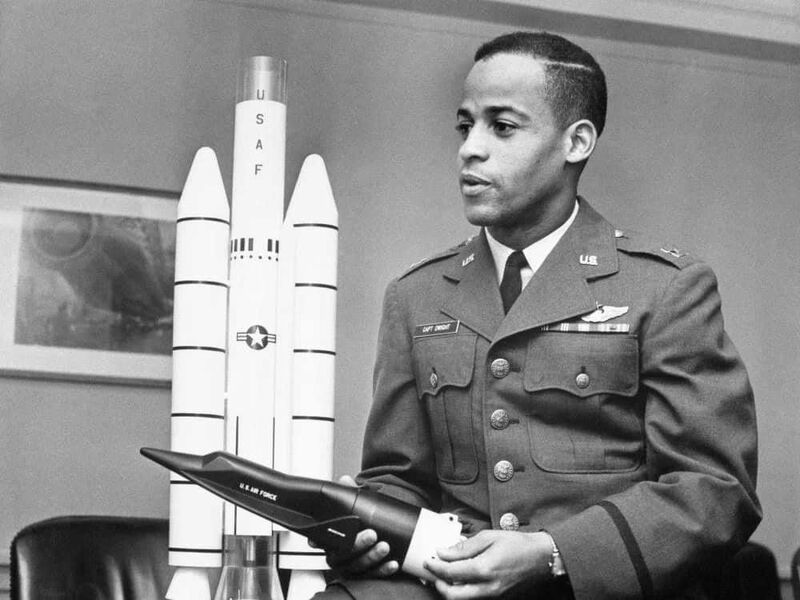 Dabbling in art awakened the dormant dream, but a pivotal figure prodded Dwight to push it past infancy into the maturity that audiences around the globe know today. In the ‘70s, Colorado’s Lt. Gov. George Brown insisted Dwight fold his various business endeavors and pursue art full time. A half century later, he easily recalled Brown’s advice: “You’ve got to stop making all that money because there’s a calling for you.” Dwight not only gave up his various entrepreneurial exploits, he sculpted Brown along with tackling more than 50 other projects for the State of Colorado. “I was so excited,” he relayed. The pay wasn’t as exciting – he received a flat amount for those 50-plus projects – but that didn’t dampen his enthusiasm or ambition. The Colorado commissions introduced an unsuspecting public to Black contributions to the American West. Subsequent commissions from the National Park Service led to “huge projects,” including five memorials and an “Evolution of Jazz Series.” During the early artistic endeavors, Dwight – who recounted that he “never had an art lesson in my life” – made time to both earn a master’s in fine art and teach at the University of Denver.

Over the decades, Dwight’s celebrity and fees have inflated to stunning levels. Even small pieces fetch thousands of dollars. He’s hobnobbed with Magic Johnson, Miles Davis and Berry Gordy (who decorates his home with Dwight’s sculptures). Dwight’s artistic contributions both amaze and educate about Black contributions to American and global culture. According to the University of Denver, their alumni’s work features “129 famous monuments, more than 18,000 gallery pieces and the artistic immortalization of the inauguration of America’s first Black president.” A scroll through his studio website highlights some of these works. In his studio, Dwight explained the precision involved in the Texas African American History Memorial outside that state’s capital building. The initial awe is of the work’s size and scale when he showed a photo of it and pointed out small figures dwarfed by the monument’s larger figures. But, the intricate detail of the supporting cast etched and recessed into the base may be even more impressive than the towering centerpiece.

Dwight’s presence is all around Denver beyond his studio. In the ‘70s, at the dawn of his professional artistry, Brown and the State of Colorado Commissions initiated his quest to celebrate Black contributions. But, one work is arguably his greatest gift to the city and state he calls home.

Last summer, two months before this interview, I stopped to marvel at the Martin Luther King, Jr. statue in Denver’s City Park. At the time, I didn’t know its sculptor. I just gaped at it majesty, rising into the summer sunset with a surrealistic grandeur. Onlookers appeared awestruck, reverently approaching the work to both kneel and snap photos. I took several of my own. It felt like a Louvre or Met moment. I had to snap those photos because words wouldn’t suffice. I was reminded of that experience in Dwight’s studio. 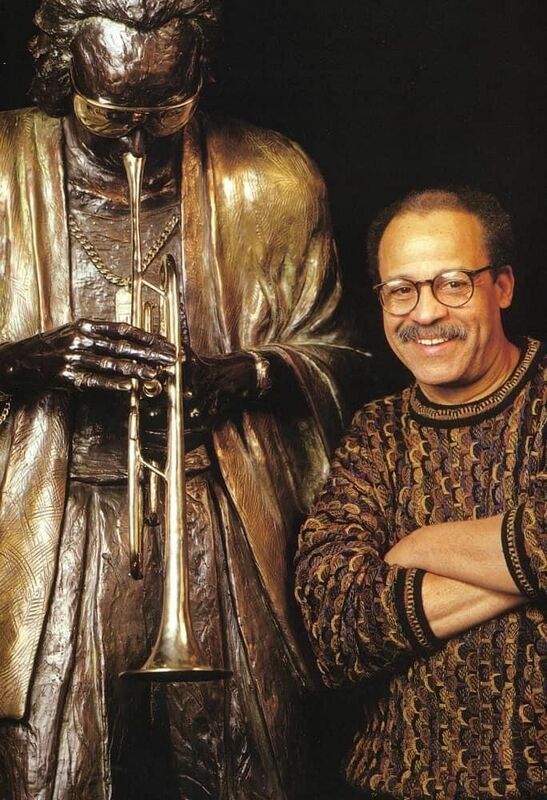 His studio is not only a workspace – it’s an exhibit. Figures of the Underground Railroad, cotton pickers and anonymous cowboys share space alongside former U.S. President Barack Obama and music legends Miles Davis and Louis Armstrong. I’m struck by not only the statues in the studio. Dwight also dazzles. There’s an exuberance in both his step and words that deny his age and decades of experience. He flips through a series of poster-sized photos of his sculptures, narrating a backstory and description throughout. When describing his work, specifically the processes and results, Dwight sounds like an excited novitiate at his first showing. He certainly doesn’t assume the airs of a world-renowned artist or a walking legend – the first Black astronaut candidate – feted on national television and in international publications. As we walk out of the studio following the interview, one thing stands out even in a two-hour visit that included numerous memorable exchanges, observations and displays. The most amazing work of art in that studio is the artist himself.