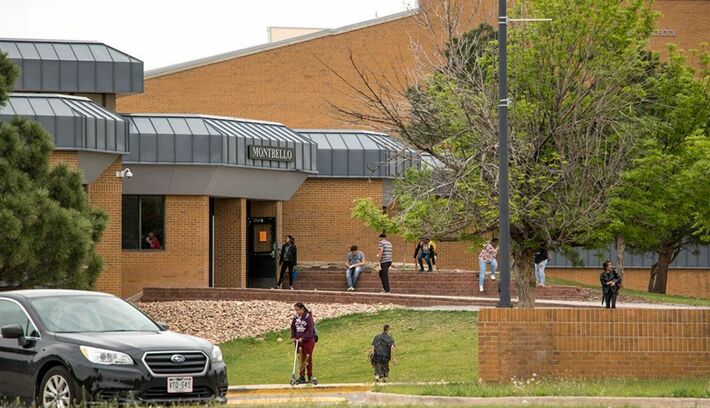 The recent developments, surrounding the “reimagining” of Montbello High School in that far northeast Denver community, call to mind a quote from New York Yankee legend, Yogi Berra: “It’s De Ja Vu all Over Again!” Twelve years ago, Denver Public Schools (DPS) opted to close Montbello’s comprehensive
high school and adopted a strategy to implement multiple curricular models under one roof. So, the district launched an ambitious, yet ultimately unsuccessful plan to open a number of smaller, more specialized schools on the same grounds. The larger school was reportedly closed by DPS due to chronically lagging student achievement data in 2010, and officials decided to replace Montbello High with three separate options. What eventually emerged were the Denver Center for International Studies, Collegiate Prep Academy and Noel Community Arts School. However, academic performance at those three schools continued to fall short of expectations with no statistically significant improvement.

After considerable community pressure, the DPS Board of Education voted last year to go back to the old school model. But outside of a shiny, new and modern facility, what still remains unclear is how the new plan will differ from the old plan? And is the renovation of the schools supposed to magically produce better st 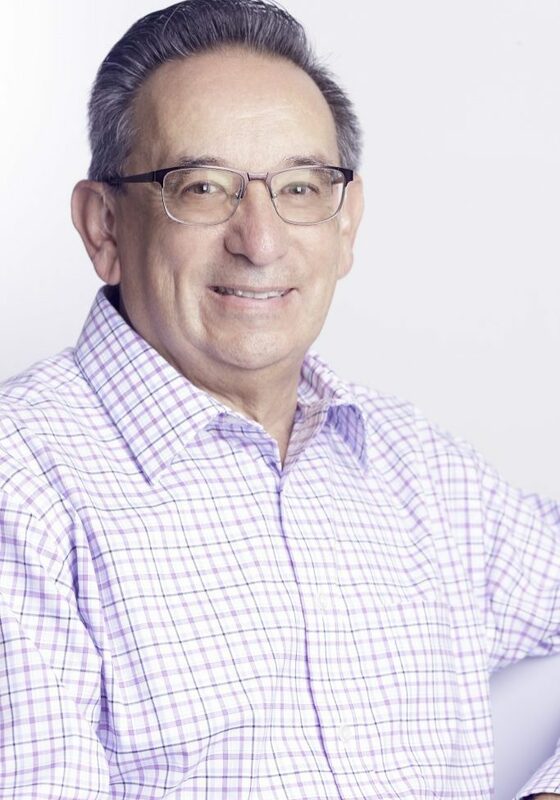 udent academic outcomes, reduce discipline and heighten parent involvement? Therefore, after some 12 years of “instructional experimentation” in the overwhelmingly African American and Hispanic neighborhood, it appears that nothing has changed, possibly leaving the community right back where it started, with students’ opportunities for real academic success still uncertain.

According to Chris Martinez, a member of the Montbello Organizing Committee (MOC), instead of shuttering the original school in 2010, the school district should have provided the resources needed from the beginning. “We held a number of community meetings back then to discuss potential solutions in the hopes of addressing and resolving the school’s issues,” Martinez says. “However, the district seemed to have already had its mind made up to close it. There had been promises for years to provide the additional financial resources to improve teacher quality and retention—none of it ever materialized.” Now, as the community prepares to revert back to the more traditional high school model, officials seem short on answers as to exactly how student achievement data will be improved.

As a result, DPS parent Andrea Mosby remains skeptical. “The school district did not know then, and apparently still can’t tell us how these actions will lead to better scholastic outcomes,” Mosby 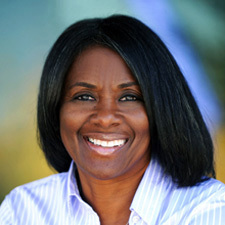 commented. “After 12 years of screwing over our kids and seeking to ‘dumb them down’ with low expectations, we are now being asked, yet again, to trust that they have our children’s best interest at heart.” She says that she was asked to participate on the original committee to consider the closure of Montbello back in 2010, but when she began to insist that the same actions be considered at other district high schools, like East, the offer to participate mysteriously disappeared. “There has been no real accountability from the district from the very beginning,” she says. “I never understood the rationale and was solidly against it.” Nevertheless, officials say that there will be significant differences between the Montbello High School of the past and the newly reimagined school.

According to Denver School Board Vice President Tay Anderson, through multiple community conversations over the past few years, there is a clearer understanding of what the community wants and expects. “The community and the district are focused on being active partners,” he says. “And while
we must be held to state standards regarding test scores, it is not the only way to measure student achievement. We have to continue to work to overcome the notion of a one-size-fits-all assessment.” Anderson’s assertion has plenty of support. President Biden, in an address to thousands of teachers in 2020, said that standardized tests “make no sense.”

The president’s argument suggested that teachers are best suited to determine curriculum and how to build student confidence. The nagging so-called “achievement gap” has continued to broaden throughout the period of standardized testing. For years, we have borne witness to one strategy after another in an effort to solve the problem of low student performance, especially in schools with high minority populations like Montbello.

In its most extreme iteration during the No Child Left Behind Act, test scores resulted in heightened punishment for school systems, shuttering low-performing schools, defunding many academic programs and placing schools on the dreaded closure list. Montbello and other schools in DPS, like West High School, fell victim to these machinations, opening up opportunities for the charter school movement and their investors. Students’ futures are essentially determined based on how they perform on these tests, though their scoring methods and structures have been shown as discriminatory. For instance, it has been reported that some 75% of New York City public school students failed in the initial year of the Common Core initiative during the Bush Administration.

Many tests are mostly multiple choice, which requires students to engage in a series of high-stakes guesses. The tests are created private corporations like Pearson and the American Institutes for Research, and the formulas remain unclear. In the end, far too many questions remain unanswered for school system officials to make such serious decisions about the lives and futures of minority children based on test scores. Closing schools and trying a variety of alternative solutions tend to only negatively impact those students and families who are least prepared to fight back. In the end, the tests are largely based on broad assumptions, which many statistical organizations reject and advise not to be used in high-stakes decision-making.

In 2015, for instance, New York’s Education Transformation Act required scoring formulas to be made transparent and publicly available prior to the start of the school year. This meant that failing to reveal weights and scoring actually would be a violation of the law. A federal court in Houston, Texas, found in 2017 that hidden formulas were unverifiable and constituted a violation of the teachers’ due process rights. In 2018, a court injunction in New Mexico made hidden formulas a winning campaign issue in the state’s gubernatorial race. 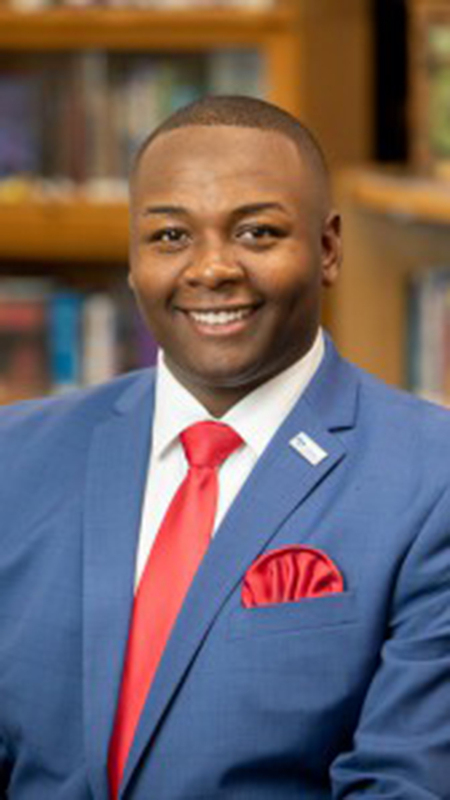 Anderson says that the board has been able to fulfill past, unfulfilled promises by delivering a pay increase for teachers to help with retention of the district’s instructional talent—especially at low-performing schools. “It helps but it is not enough,” he says. “But I am excited about the new workforce at Montbello. Ten years from now, I fully expect to be celebrating the schools’ success.” Ultimately, it was community demand that moved the board to reopen the comprehensive high school model at Montbello. According to School Board Member Michelle Quattlebaum, who represents the Montbello district, the community made it crystal clear that they wanted their high school back. “Montbello has a rich tradition in the community, and I applaud the district for this decision,” she says. “However, we cannot overlook the fact that this a community-led, district-supported initiative.”

Quattlebaum says that this represents a change where the district seeks to be “responsive rather than reactive.” For Chris Martinez, her point rings true. “I don’t think the community really understood how vital the school was to our community back then,” Martinez says. “Once it closed, we realized the true impact that it had here. The building is not meant to solve all the problems. It is just the carrot to attract what is needed for us to begin the building process and restore what was lost.”

The new school, launched this school year, features a newly renovated comprehensive high school and middle school on the campus. It is slated for completion during the 2024 school year. The entire project is funded by a $130 million bond issue that was approved city-wide by voters in November 2021. Here is how it will unfold: The first phase involved prepping part of the current building to welcome students,teachers and staff for this school year. For the next two years while work progresses to build innovative learning environments and renovate sections of the existing structure, students will be present in the building. The work began at the beginning of summer after the 2021/22 school year came to a close.

Construction crews immediately began to implement design plans on parts of the building, modifying parts of the school into additional classroom and gathering spaces. While a portion of Phase I involves creating temporary solutions to serve Montbello High School during the construction period, much of the work will also prepare the site for the permanent building. The plan includes an expanded parking area off Crown Boulevard, and utility work that will require temporary lane closures on C 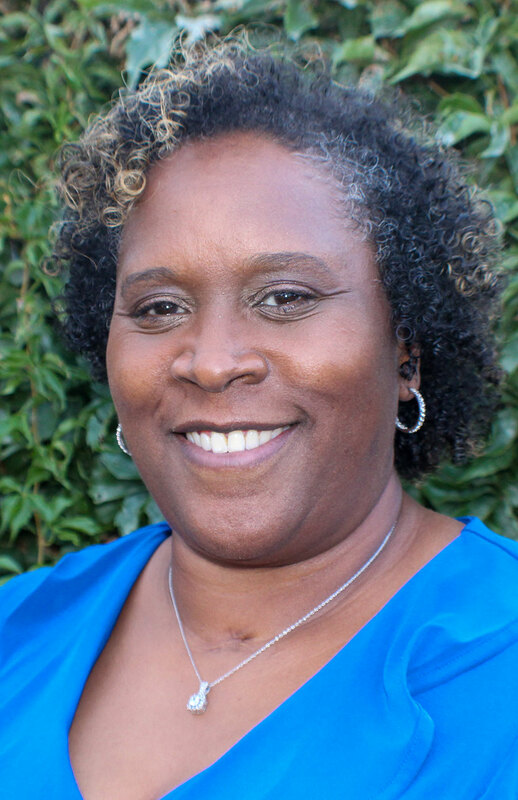 rown Boulevard and 51st Avenue during the summer. The existing auditorium, main gym and swimming pool will be renovated, and combined with all new spaces including a library, commons, cafeteria, auxiliary gym, and three stories of new classrooms. When completed, the campus will also include an outdoor plaza, which in addition to an alumni room, commons and community clinic will provide new and improved community spaces. Quattlebaum says that although students will be in school during construction, a meticulous plan has been developed to ensure that there is no interruption to learning. “Of course, it will be a challenge,” she says. “But we are pleased with the plans presented to the board about mitigating any instructional disruptions.” Once completed, the new Montbello will feature career-focused tracks, such as jobs in welding, engineering, business and medicine. They have designed “state-of-the-art” ideas in the plan with flexible spaces that allow teachers and students to work in small breakout or large groups.