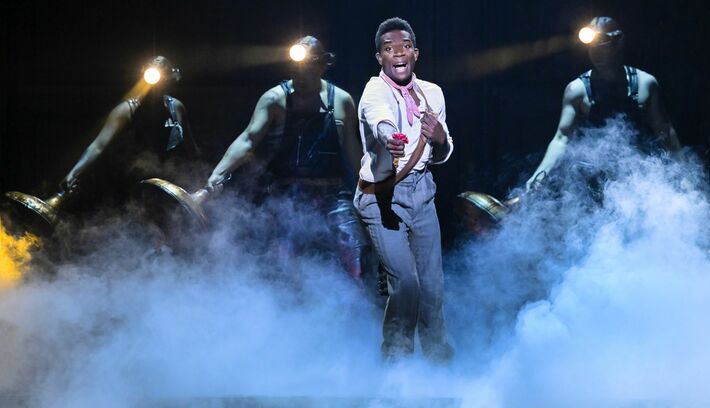 Nigerian-American Actor is Orpheus in Hadestown

Hadestown, a musical based on Greek mythology, follows two tales. One is the quest of a young man who ventures out to retrieve his one true love and the other is a tale of King Hades and his wife Queen Persephone. This national tour of Hadestown, running from Aug. 30 to Sept. 11 in the Buell Theatre at the Denver Center for the Performing Arts complex, features two Black performers as the star-crossed young lovers Chibueze Ihuoma, who plays the love-struck Orpheus and Morgan Siobhan Green who takes on the role of the struggling, broken Eurydice.

Whether you are a lover of mythology or not, it is a quest we can all relate to in our lives. But as Greek mythology goes, it’s not an easy road for the young couple as there are strings attached. Ihuoma, a recent graduate of the NYU Tisch School of the Arts, began the tour in the chorus and as an understudy to this lead and eventually took over the role of Orpheus while in San Francisco. Like many budding artists, at an early age Ihuoma had to prove to loved ones that he was serious about making a living as a successful artist as opposed to the proverbial starving artist. 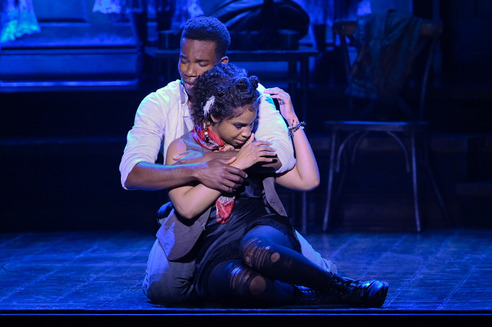 His diligence and dedication built the discipline that convinced his parents that he was on the right path. Committed to the arts, Ihuoma participated in every theatre training program available while in high school. As he continued his education, he learned that musicals ask that an actor not only be a singer and dancer but play an instrument as well. He picked up the guitar, which he plays in the Hadestown. After trying piano, he discovered the guitar really spoke to him, so practicing became a pleasure.

As a recent graduate, he notes the number of dates and time commitment as the most striking difference between working as a professional and training as a student. While in school, or a summer show or workshop, they would rehearse for many weeks, then perform about 10 shows or a month during the summer.

When he began in Hadestown it suddenly hit him, “this is indefinite” and the reality of the eight shows a week required that he learn “methods to keep yourself healthy and maintain your instrument vocally and body wise. It’s lots of maintenance.”

When asked how all cultures can find interest in a story like that Orpheus and Eurydice, he says, “There are tons of different types of representation in the show, but when it comes to specifically the Black representation in the show it’s so important because you don’t get to see it often. When you get to see four of the five leads are Black, when they were not originally cast in that way, it matters so much.”

“It wasn’t a situation that it was a necessity,” adds the Nigerian-American actor about the winner of the 2019 Tony Award for Best musical, which brings the flavor of New Orleans jazz with a Greek chorus. “They just saw that these people are the best suited for these roles, that can tell this universal story.”

His tip for young theatre hopefuls is to, “Follow your heart when it comes to the kind of projects you want to do. When it comes to the kind of training you want to pursue, you’ll know when it feels right and you will be motivated to be disciplined in your training. Bring your authentic self. It then stops feeling like work.” Practice saying his name (chih-beh-zay ee-hoh-mah) because you will be hearing wonderful things from this talented and hardworking young man.