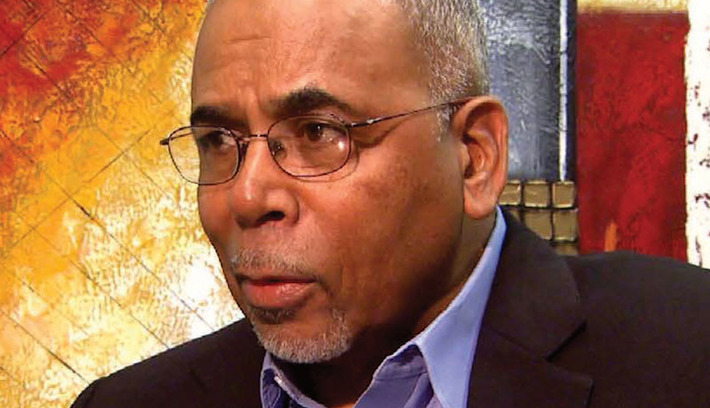 Paying it Forward: The Life of Visionary Carl Bourgeois

Carl Joseph Bourgeois’ next project is about five minutes from downtown Colorado Springs and from the region’s most popular tourist attraction, Garden of the Gods. The late commercial real estate developer’s tribute to his mother Bobbie Stroud Nelson is nestled in the neighborhood where he was born and provides panoramic views of Cheyenne Mountain and Pikes Peak. Once completed in about two and a half years, the Sable Mesa destination retreat will feature the 6,000 square-foot Bobbie Stroud Music and Art Pavilion that will accommodate 300 guests and a nearly 5,000 square-foot guest house called Bobbie’s Place on the hill overlooking the spacious grounds. 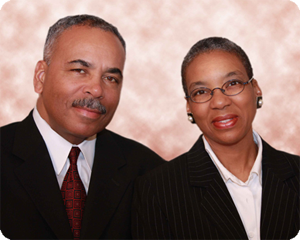 The retreat, located at Mesa and Walnut Streets, will also include a third guest house that will serve as an office space as well as eight acres of gardens, hiking trails, a tennis court and health and wellness amenities. The pavilion, designed in honor of Bobbie’s role as a musician and piano teacher, will host musical entertainment, business meetings, professional groups, women’s groups and social events.

According to Carl’s daughter and Bobbie’s granddaughter Ashleigh Bourgeois. “We still run into people who took piano lessons from her,” she says. The final project of the former banker, who passed away at the age of 71 on July 17 in Colorado Springs after a long battle with heart disease, is shaping up to be the talk of the town similar to the buzz surrounding his success at revitalizing Denver’s historic Five Points neighborhood, specifically the 2400 block of North Washington Street, in the 1980s and 1990s. Before becoming a blight for the city, the district was known as the Harlem of the West as it was a frequent stop for jazz greats including Billie Holiday, Louis Armstrong and Miles Davis, who played clubs like the Rossonian and the Rainbow Room.

Family Bonds: Picking Up the Pieces 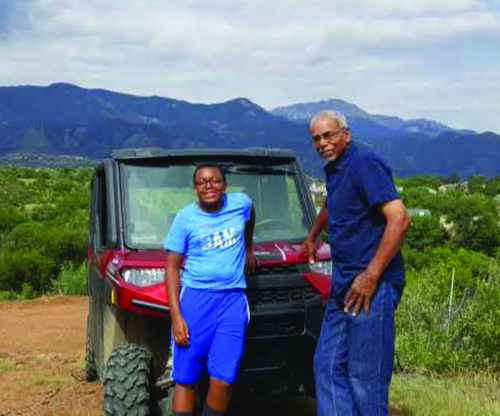 After graduating from Palmer High School, attending Colorado College and spending about a year in Germany, he took on a leadership position within the family.

He was only 21 when his mother died at the age of 47. Without question, he joined with his stepfather George Nelson to raise four younger siblings ranging in age from four to nine. Though there were options to send the children to different relatives to raise, he was adamant that they would keep the four children together in Colorado Springs. That meant little things like making their lunches and buying shoes, according to Rose Nelson, who was the four-year-old. “I’m just really proud of him,” says Rose, who remembers that it wasn’t easy losing a mom at a young age, but that she has had a front-row seat watching her brother make a positive impact within the family, the community and also professionally.

Bourgeois, the descendent of one of Colorado Springs’ first Black families, embraced the opportunity to come full circle when he received a call from the grandson of Elinor Hagerman Llewellyn, who owned property near his childhood home and was also a family friend.

According to Gazette newspaper articles, the owner once had access to free water through a canal to support its orchard, but in 1956 the city closed the canal and wanted to charge for the water. Llewellyn refused to pay and as result, the property went into a state of blight for half a century. The Llewellyn family knew of Carl’s professional success and wanted to know if he was interested in purchasing the property. In 2016, he did. His daughters Nicole Stewart and Ashleigh remember when they first arrived at the property that they could barely drive onto it. Grass and dead trees consumed the property to the point where some structures could not be seen. But their father was excited about the challenge. He had a vision. Not long after making significant progress toward this vision, he received recognition from a neighbor who lived across the street from the property for more than two decades.

She happened to be a photographer and had documented the eyesore the entire time all the way to the Bourgeois effect. “She was overwhelmed and overjoyed,” says Stewart, noting that once they cleared the land, she had access to something that she didn’t know existed – a view of Cheyenne Mountain. Her father, while impressed with the photo album, was humorously a little suspicious as a private person to know that someone was documenting him as he worked. Further recognition came in October 2019 from the Historic Preservation Alliance of Colorado Springs.

The alliance presented Carl and architect Clifford Taylor the Award of Excellence for the “Residential Rehabilitation for 944 North Walnut Street.” Stewart says they regularly have strangers come to visit. “This has changed overnight. It is a different sense of community. People walk by, then when they get close to the house, they slow down, ring the doorbell, and want to come in. 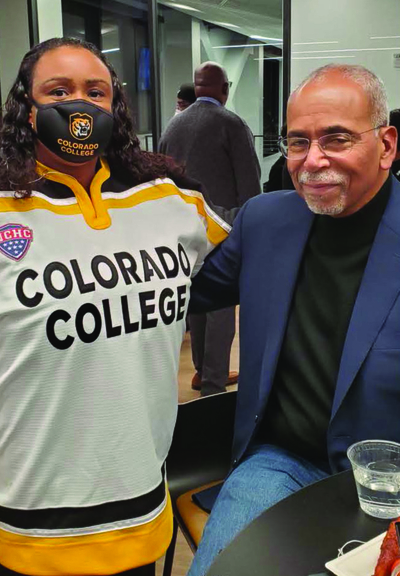 They want to know what’s going on because they lived with it as an eyesore for so long.” Carl has hosted several of his July 3 rd Independence Day jazzy concerts and parties for hundreds of neighbors and friends at the Five Points location and more recently at Sable Mesa. When he held the event last month on the grounds of Sable Mesa he knew it would be his final event but he didn’t skip a beat. His sister Rose says he was directing and still making sure people were okay and that the day was going well.

Carl is also survived by a host of nephews, nieces, cousins, and many close friends. No funeral or memorial service will be held in accordance with Bourgeois’ wishes.