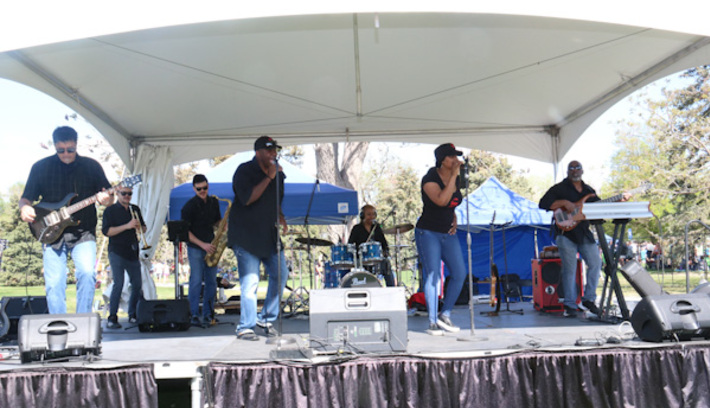 Soul School Is In Session:  A Tutorial Without Barriers and Borders 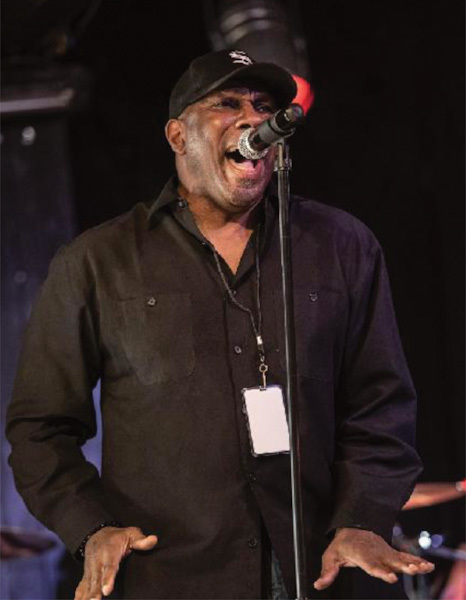 It’s summer break for most teachers and students, but for Tony Price and Sethe Tucker school is always in session. The pair comprise the voice and heart of Soul School, the popular Denver-based party band that embraces everything from old school R&B and soul to current hip hop and pop. History is part of the standard curriculum of any reputable learning institution; Price and Tucker certainly take their scholarly tasks seriously. But to view Soul School as old school, an exercise in retro didacticism or simply a nostalgic act rotely reciting licks and recalling thrills from decades past, would be both myopic and a mistake.

Price, in a recent telephone interview following another triumphant standing-room-only Soiled Dove Underground concert, stressed that the group refuses to merely mimic the iconic artists and performances they salute on stage. The band pays homage, sure, but without the sycophantic imitation common on the tribute circuit. Performances on YouTube and other online media reveal a group honoring past presentations of classic hits but with an improvisation and immediacy that jive with contemporary charts and clubs. Along with the classics, Soul School also records and performs original material that attests to their artistry. The combination of creativity, range and theatrics position Soul School as arguably the most exciting live act in Colorado and among the most versatile groups across genres and geographical boundaries.

Price and Tucker seem a magical match, whether preordained by a deity, fate or happenstance depends on personal philosophy and belief. But whatever the catalyst, nobody can deny the stunning consequences: he with the vocals boasting muscular depth that recalls Otis Redding and Wilson Pickett in their prime, and she with the silky sensuality of Sade and passion of Chaka Khan. A cliché comes to mind – “a marriage made in heaven.” It’s also a marriage grounded in love with feet planted both on stage and in real life even as their voices shoot for the stars. The pair are married with children, balancing showbiz with domestic duties. Producing beautiful music and children takes talent and good fortune. The leaders of Soul School are blessed with both.

Nurture versus environment commands constant attention and debate across disciplines ranging from biology to sociology to musicology. In the personality and performances of Soul School, proponents of both nurture and environment could persuasively argue their points. Price credits both in his musical evolution. A native of the Peach state and graduate of Morehouse College, he praises Atlanta’s musical and intellectual terrain as a seminal influence.

Even before he entered a nightclub or a recording studio, soaking in the strains beating through speakers and microphones, the church and his grandparents nurtured his spiritual, artistic and aesthetic sensibilities. “In my family you had to go to church,” Price states. What might strike other youth as an ordeal, Price considered a sustaining lesson. Contemporary audiences can witness the church’s influence in Soul School’s performances – the improvisational takes on classic jams, the creative interpretations and the impromptu ad libs all stem from gospel and its freewheeling practitioners.

“Down south, I brought that with me… wanting to create something,” Price explained. “Every song has its own life, its own element. You’ll pick up on the creativity really quick.” He credits his gospel background for those improvisational flights. As a choir singer, and later during his nascent theater career, the church’s righteous rhythms and sanctified beats set a template that the musician relies on today. The seismic combination of familial nurture and Southern environment propelled not only Price’s career. His sister, LaTonya Richardson Jackson (wife of Samuel L. Jackson), is a star of screen and stage, earning accolades and a Tony nomination.

The same combustion of nurture and environment infuses Tucker’s artistry. A Mississippi native, she grew up in Hattiesburg, a wellspring of athletic and artistic talent that includes the likes of musicians Mississippi Matilda, Webb Wilder, Johnny Rawls, and Clifton Hyde alongside athletes Harold Jackson, Louis Lipps, Todd Pinkson, and Walter Suggs. 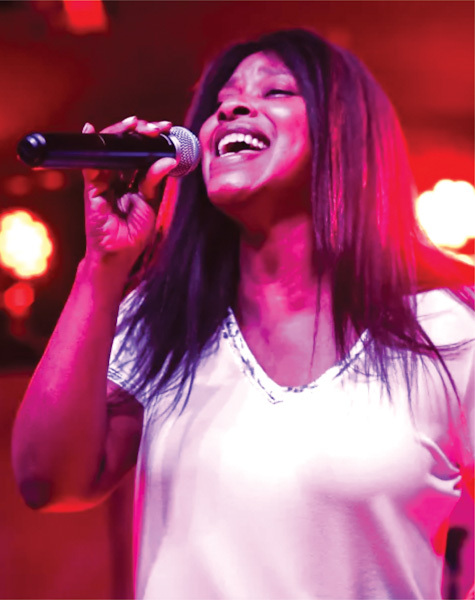 In an interview for FestivalSouth 2016, Tucker recalled her father’s influence with his voice raised in song throughout her formative years. Undoubtedly Tucker had exposure to a fertile environment and strong supporting influences, but relayed in that same interview that she didn’t entertain a musical career until her college years at Colorado State University, miles and at least a dozen years distant from her childhood. A friend during that time encouraged her to transition from recreational to professional singing; Tucker accepted the advice, graduating from college into a profession she didn’t envision when declaring a major as a freshman.

One may debate the force behind Price’s and Tucker’s crossed paths – God, destiny or chance – but once joined, the two engaged in a personal and professional union that inspires friends and fans alike today. Before joining Soul School, Price spent his time and talent on theater productions in the Atlanta area with the likes of Vickie Winans. Tucker, also an Atlanta resident at the time, returned to Colorado in 2005, planning on staying long enough to complete a few musical projects. She told Archuleta Productions in a 2015 interview that her intent wasn’t a long-term residency, let alone membership in Soul School, an already established band based in the Denver metropolitan area. However, the band’s founder Wendell Armour, seeking a female lead for the group, convinced the songbird to accept the position. The following year, Tucker convinced her then-finance Price to join Soul School.

Price calls the difference between Atlanta and Denver as “day and night.” However, he acclimated to the high-altitude turf, leading Soul School onto its current pedestal as the Mile High City’s premier party group and interpreter of classic and contemporary jams. The group’s repertoire consists of R&B standards, sizzling funk and contemporary club jams alongside original cuts. The constant is the group’s devotion to creativity, expansion and simple but sheer fun. While the band may perform “Uptown Funk” or classics from Price’s inspirations, artists like Peabo Bryson, Luther Vandross or Charlie Wilson, the Soul School versions are hardly a carbon copy. The gospel improvisation learned in childhood resonates through every performance. “We put our own touch on it… meshing things our way,” Price explained.  “We just have a creative flow when it comes to making music.”

As Tucker explained to Archuleta Productions, and Price seconded when speaking with the Urban Spectrum, the group’s primary goal is to connect with and buoy audiences. “People are ready to have a good time; they don’t know what to do with themselves,” Tucker said in the 2015 broadcast interview. “Sometimes, you, know, we might be the only fun people might’ve had that week.” Her husband seconded that emotion in 2022 when speaking with the Urban Spectrum. “It starts with our amusement first, then it translates to the audience. It’s infectious,” he said. 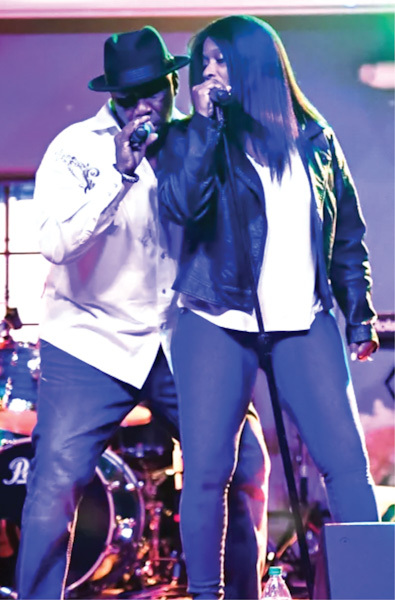 The evidence is on stage and record with every Soul School performance. When Price raised his voice (and the roof) recently at the Soiled Dove Underground covering the Righteous Brothers’ “Unchained Melody,” the song recalled the original. But there was a distinct vibe, a unique pulse that made it, during that moment and performance, a premiere – and premier – experience. Likewise, when Tucker took the stage a few years ago at the Soiled Dove for her “A Girl Named Seth” show (also the title of her 2016 five-track recording), there was a joy in her heart that flew through her throat and from her mouth. The vocal talent is obvious. But even more apparent is the passion behind the talent. And the audience reflects and returns that joy and passion.

While Tucker’s early academic and later professional pursuits diverged, the formal education appears in her current musical expressions and attitudes. She told the FestivalSouth 2016 that her college curriculum included a specialization in diversity and multicultural education. So, in a fashion, she does employ her higher education. Her Soul School performances educate diverse and multicultural audiences about music’s all-inclusive appeal.

“Music is a universal language,” she told Archuleta Productions. With that truth in mind, Price said that the current goal is to teach that lesson on foreign stages well beyond the band’s Denver stomping grounds. Soul School’s recent success in Mexico encourages Price to envision global tours (“except for Russia, I think I’ll pass”).

Even with the broadened opportunities and markets capturing the band’s attention, Price revealed that there’s still no place like home. He looks forward to returning for gigs at “home in Atlanta to perform for my people” and Hattiesburg, Tucker’s hometown. He credits the creative gifts distinguishing the band among Denver artists to Down South (“I brought it with me”). He wants to return the musical gifts to the people and places that first offered them to him and his wife.

Whether it’s in Denver, Atlanta or Mexico, Soul School’s point and purpose are to share emotions and joy through language audiences of every culture, race and location can understand. And as Tucker observed, that language is music.