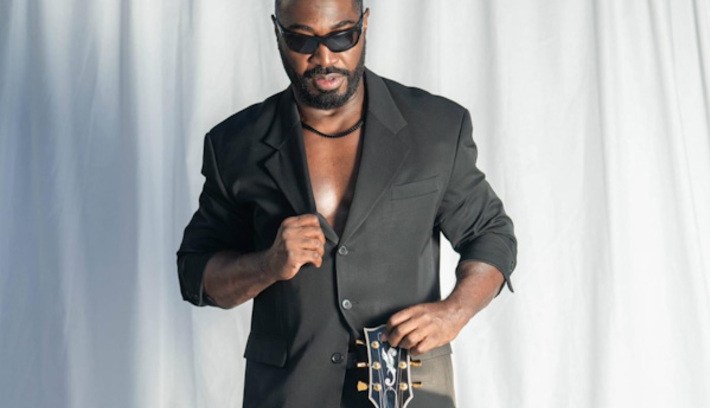 Gregory Goodloe set his sights, and some lofty goals, on a music career barely five years ago. In that relative eyeblink the Denver native’s sounds have reached audiences well outside earshot of the Mile High City that remains his base. Goodloe is already regionally renowned for his jazz prowess, a young aspirant to the commercial and critical pantheon populated by his idols, George Benson, Wes Montgomery, Oscar Peterson, and Cannonball Adderley. Recent national success, including the 2019 Billboard Smooth Jazz chart topper “Stylin” and last year’s encore jazz smash “In Paradise,” suggest Goodloe’s stellar ambitions are more substantive than wishful thinking.

Reaching the Billboard summit shortly after committing to a full-time music career left Goodloe both breathless and humbled. He felt alternating emotions following the rapid successes. “It’s a good feeling to be counted in the number of great players,” he said in a recent interview. “It’s humbling… is this really happening? The feeling’s unreal!”

While Goodloe seemed genuinely bowed by the sales and kudos, his tone and words a revolving succession of awe and humility, he’s not too content to rest on the critical laurels and recent Billboard hits. Goodloe displayed a healthy confidence that his best work and success remain unheard and unseen. “We’re not done,” he stated as if pointing out an irreducible fact and fate. 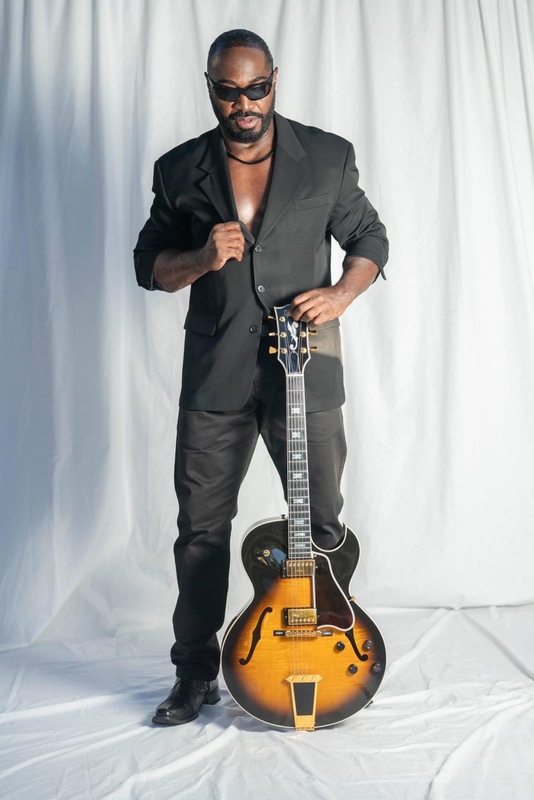 A press release, subsequently published on the Smooth Jazz Life and Keys and Chords websites following his Stylin’ success, positioned the musician at the crossroads between past, present and future, traveling across genres and generations. “In today’s modern world and culture, I wanted to bridge the gap between the standard jazz flow of Wes Montgomery, the smooth jazz flow of George Benson and the hip hop culture of Jay-Z,” Goodloe observed in the release. He presented Stylin’ as that bridge connecting the gaps and dots between disparate traditions, styles and eras.

In his recent conversation with the Denver Urban Spectrum, Goodloe confirmed that plan and path going forward. “I envision my music branching to hip hop, R&B, standard jazz, even movies,” he said.

He vowed not to let the industry “contain” his artistry or ambitions. And that’s not an idle threat.  Goodloe launched an independent label, Hip Jazz Records, to transport his creative jaunts across borders and labels to listeners. “There are limitations on music,” he stated. “But only [from] those selling music.” He resists the industry stricture that demands labels and categories. Purists, soaked in sanctified snobbery, bemoan any deviance from established convention.

One titan prevailed against such criticism. Goodloe mentioned other early influences, but none seem to occupy a loftier perch in the musician’s esteem than George Benson, the jazz guitarist perhaps better known to the mainstream for his pop and rhythm and blues hits like “Give Me the Night,” “Turn Your Love Around” and “The Greatest Love of All.”  As the New York Times observed in an article about the legendary guitarist, jazz purists considered the forays into smooth jazz, slick soul and rhythm and blues an outrage. Their puritan pounding failed to derail Benson’s legacy as a superlative jazz guitarist; the artist’s bold moves across established labels allowed his name and music to reach demographics well beyond the range of traditional jazz musicians stubbornly adhering to a dated dictum and decorum. Just as Benson eventually earned critical esteem alongside mainstream appeal with jaunts across genres, Goodloe has garnered a substantial following among critics and fans for his excursions that resist categorization and convention.

Long before he earned the critical plaudits and Billboard hits, Goodloe dabbled in music as a random novitiate, passionate and talented, but without any serious intention to make performing a means to survive – other than perhaps the occasional bouts of boredom. He harbored no plans to make any money, let alone a living, with his burgeoning talent (making others happy and earning their respect, rather than making and earning money, propelled his playing). Intent on spreading the wealth he reaped through performing, he set about enriching the lives of those within earshot with the same excitement, joy and wonder he felt in the licks and chords he heard – and emulated – in the performances of his early music idols.

He began playing guitar and drums around the fourth grade. His first instrument – a plastic guitar earned from selling cucumber and tomato seeds – ended up smashed. The youth jumped from his bed, fell to his knees in prayer, and inadvertently crushed his prized possession. But far from crushed, his musical indulgences endured. Goodloe played drums from elementary school through college, but the guitar drew his passion. He received a replacement guitar for Christmas and hasn’t stopped plucking, picking and pounding out the beats. Attending Denver Public Schools, Goodloe played drums and guitar throughout adolescence, eventually earning a music scholarship to Bishop College, a historically black university in Texas.

During college and an Army stint, Goodloe played guitar on weekends. However, possessing considerable talent and passion, a mere weekend warrior wasn’t his destiny. He still worked part time, but purchased the requisite equipment to record a demo CD. Dr. Daddio, Denver’s legendary radio impresario, played the music on air and prompted Goodloe’s decision to pursue music full time rather than as a recreational pastime. 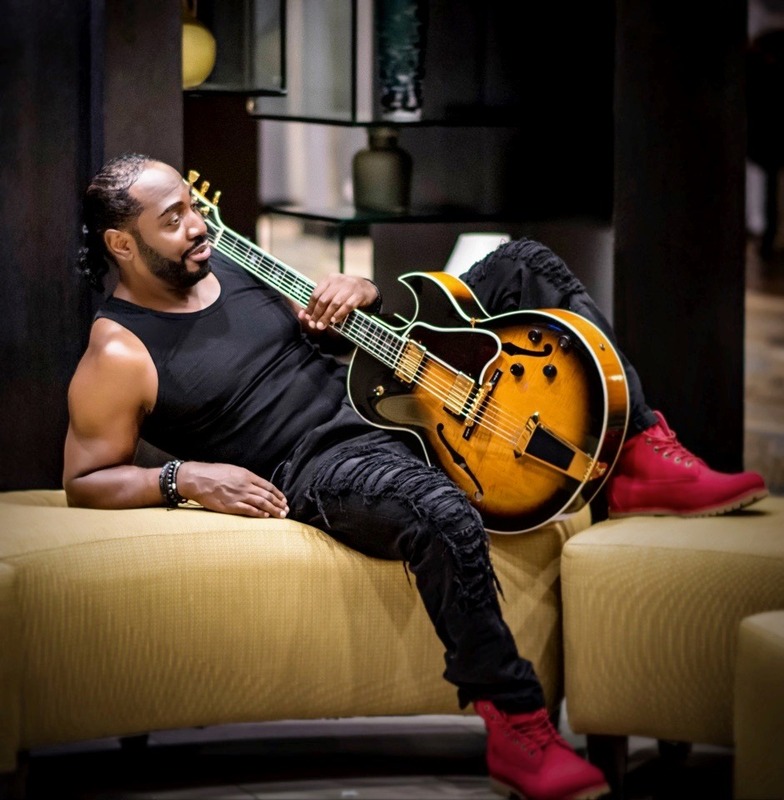 Now, several years later, and with two major Billboard hits under his belt and several other cuts like "All the Way," "Get'n It" and "Cool Like That" placed on Billboard's Most Added List, Goodloe is not only expanding genre descriptions. He’s also expanding his own job description – expanding his duties behind the mic. He’s still performing, but with a radio show rather than with a guitar. His radio show, “Mile High Smooth Jazz,” runs twice weekly on World Wide Jazz Radio, and the radio personality mirrors his musical personality – paying tribute to the local greats who influenced him and countless other musicians. Philip Bailey, Larry Dunn, Dianne Reeves, Paul Taylor, Cleo Parker Robinson, and Charlie Burrell are just several of the Denver-centric musicians he’s spotlighted on air.

With numerous milestones behind him, Goodloe constantly eyes the next benchmark, the next boundary breaker, and the next impossible feat. He's already scaled the Billboard summit and spent quality time with longtime idol George Benson (who brought his wife to a Goodloe performance). Goodloe said he’s “dabbling” in classical music (“I never appreciated it until I found how hard it is.”) and regards mariachi music as a worthy pursuit (“It’s really, really smokin’ good.”). He also wants to share the stage and mic with others, mentioning Chaka Khan, Akon, Kenny G, and Bob James as dream collaborators. But listening to Goodloe speak, it’s apparent one goal remains a notch above others. Unlike the Weeknd, who returned a Grammy snub with a vow to avoid the annual award fest indefinitely, Goodloe – like most recording artists – isn’t as resistant to the award’s allure.

Actually, he has an acceptance speech prepared, only half-jokingly relaying his upcoming words of gratitude. “I would like to thank everyone for this Grammy… thank you for making it possible.” With all the accomplishments achieved in the last half decade, it’s entirely plausible it won’t be much longer before he puts that speech to use.