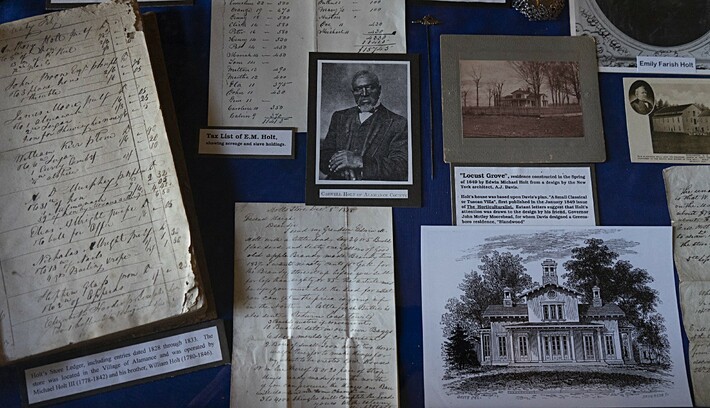 Armed insurrection, a war against the Klan, martial law enacted in an American town, Governor impeachment, a multimillion-dollar corporation built on free labor, a paternalistic slave owner, and the resilience of a former slave and first Black deputy in the middle of all this.

Caswell Holt's photograph, along with other plantation memorabilia 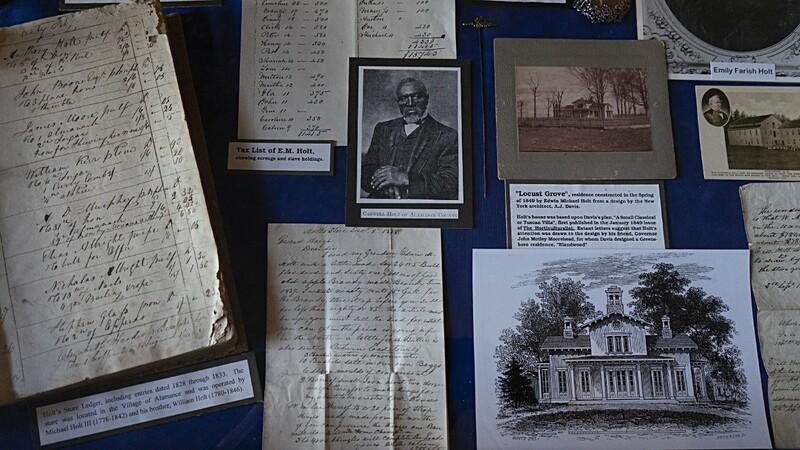 My name is Thomas Holt Russell, Jr. But, I am not technically a Jr. I should be the III because my father was Thomas Holt Russell Jr. When my mother tried to name me the III, a hospital employee told her that those designations are only for White people and royalty. Because of that bit of false information, two Thomas Holt Russell Jr.'s can be found in my family tree. That is just one of the abnormalities found on this important historic document.

Before the mail-in DNA test and ancestry websites, I used a pencil and paper and sometimes a phone and the post office to find and gather information. Since ancestry.com is a great way to trace family roots, my search into my family history has been an obsession. I traced my family name back to a little house in Alamance County, North Carolina.

As an African American researching history, I already knew some of the things I may uncover would tax my emotions. I want to think things have changed, but two things happened on this trip that reminded me we still have a long way to go. First, on the day that I made this trip, the murderer in Wisconsin was found not guilty. Second, when I visited downtown Graham, North Carolina, I noticed the enormous confederate statue in front of the courthouse. A tall iron gate protects the figure, protected even from the touch of a human hand. I am not used to those monuments. Any time an African American visits former slave states, they have to be prepared to encounter unpleasant reminders of the past. 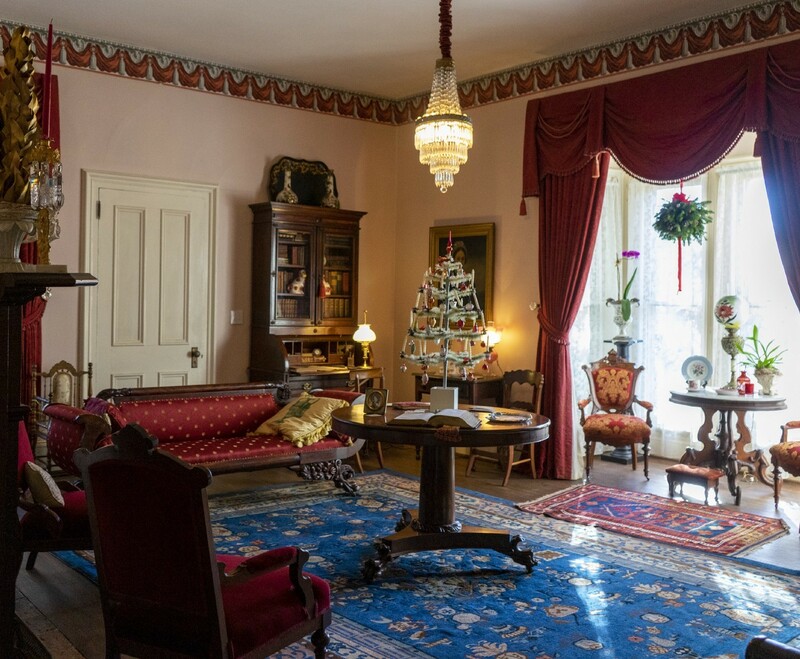 Having developed an interest in my ancestry, research led me to the living room of the Oak Grove Plantation in Alamance County. The formal plantation is now the Alamance County Historical Museum, full of documents, photos, old furniture, paintings, sketchings, silverware, cyphered, and hand-crafted dinnerware. A middle-aged white man took my wife and me on a personalized tour of the plantation home and went about his business in a matter-of-fact but detailed way. This home belonged to the Holts, who were originally from Bavaria and settled in Alamance in the 1740s. 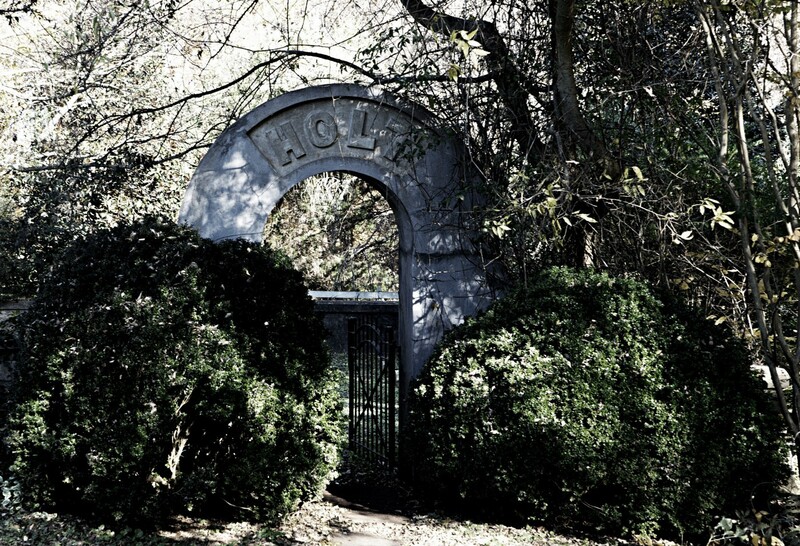 An industrious lot, those Holts were. By 1853, their Alamance Cotton Factory was producing woven fabrics known as the Alamance Plaids. This material had the distinction of being the first colored cotton cloth produced in the South. By 1900 the Holt family owned 24 cotton mills in the county. Fast forward many years later: these mills were consolidated and formed the core of Burlington Industries, a diversified fabric maker with over 8,000 employees and offices all around the world. The Holt family produced doctors, lawyers, and businesspeople, and they married into other families like theirs and retained those family riches until this very day. A future governor of North Carolina, Thomas Holt, was born in this house. 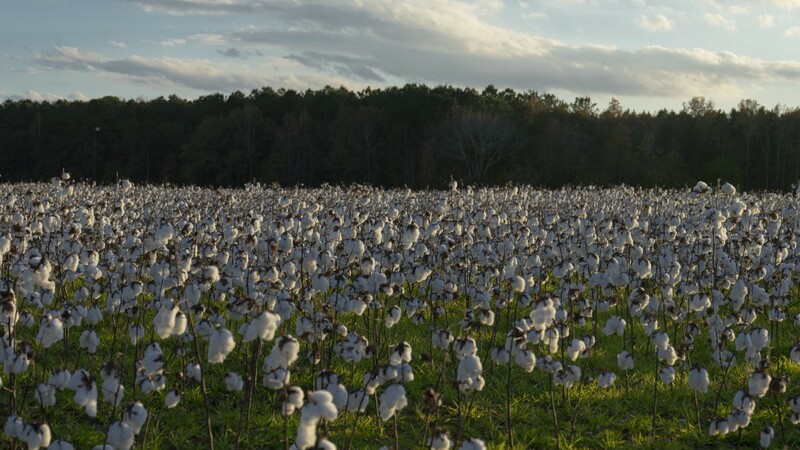 The other side to this American success story is about the other Holts, the African Holts. They were the slaves owned by the European Holts. The African Holts date back to the 1770s with the first recorded Africans at the Oak Grove Plantation, a couple by the name of Charles and Pattie, who are my fifth great-grandfather and mother.

It did not take a genius to figure out where my name (Holt) originated. Like many African families after the Civil War, the slaves adopted the names of their slavers. The Holts were no exception. Before reconstruction, slaves did not have last names, as proven by all of the slave-era documents that list only the first names of slaves. When slaves were free, they adopted the names for practical reasons. It was easy to be identified, the government was in a hurry requesting names for all former slaves, and they had to register to vote. Lastly, those names also identified where a person was from. 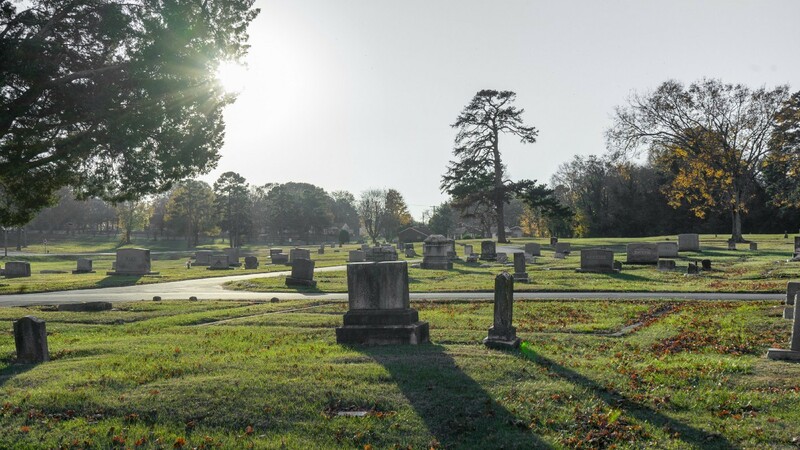 This actually answered some of my questions from my family tree. It seems that a lot of Holts were marrying other Holts. This was for two reasons. First, all of the slaves that adopted the name Holt were not blood relatives. They only took the name out of convenience, as noted above. Second, Holts and Russells remained at the plantation for multiple generations long after the civil war and reconstruction, producing more Russells and Holts and making tracing family origins a little tricky.

Several families have either the middle or last names of Russell and Holt. Additionally, census records show that the Russell and Holt families also shared the same dwellings for many years. At graveyards such as Woods Chapel, Linwood Cemetery, and Springdale Church Cemetery, I found several family plots with Russells in the Holt plots and Holts in the Russell plots.

Gravestone with both Holt and Russell 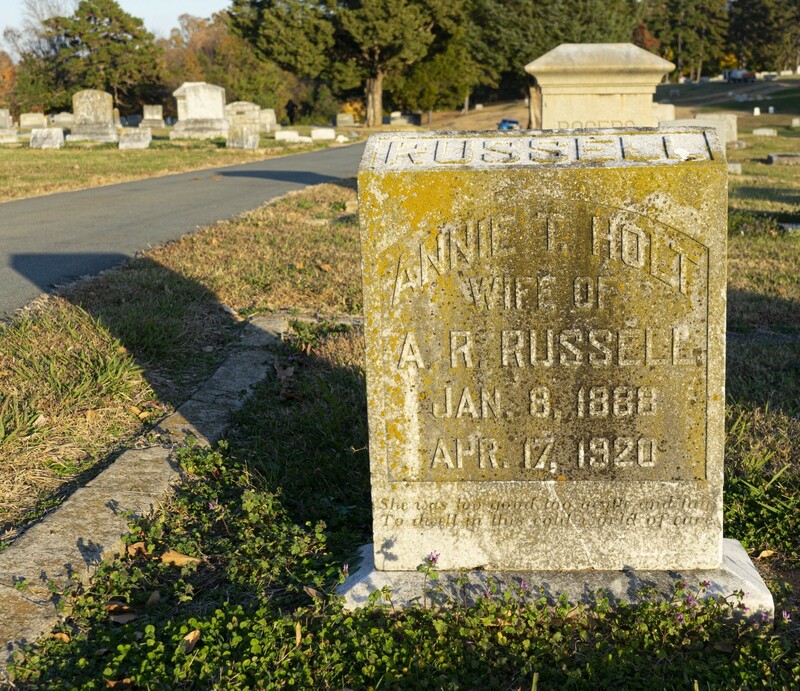 Two brothers were born on the plantation who made a significant mark on North Carolina history, and these are the type of stories you will not find in history books. Caswell Holt Jr. and Sam Holt were brothers born to Oak Grove slaves Caswell Sr. and Rhena. The Holt brothers grew up with Thomas Holt, a future governor of North Carolina.

Both brothers worked at the dye house for Thomas, producing the first indigo dyes used to make the famous Alamance Plaids. The plantation home has an oil painting by Mort Kunstler, entitled Alamance Plaids. The picture depicts Thomas showing off his company products to visitors with his wife, while Sam is working on the left side and Caswell is depicted on the right.

Sam and Caswell, who helped develop the colorfast dyes, are depicted in this painting along with Thomas Holt, whom they grew up with and would later become the governor of North Carolina. 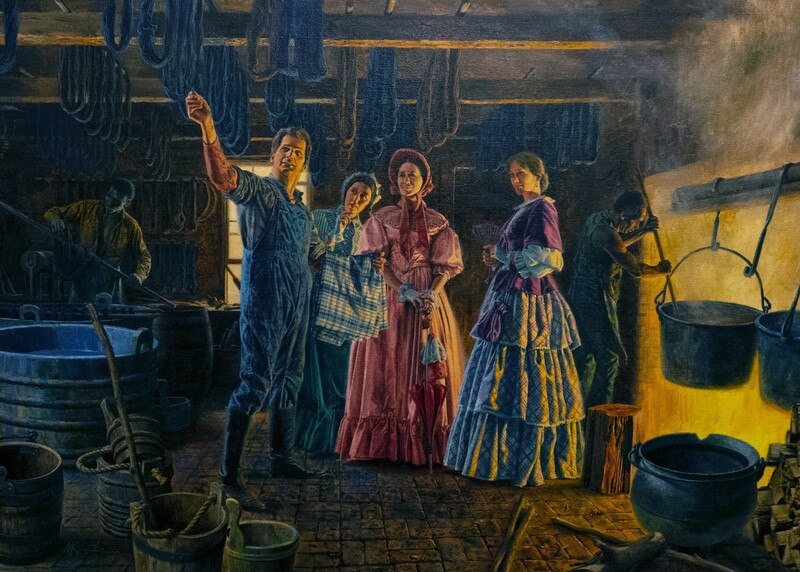 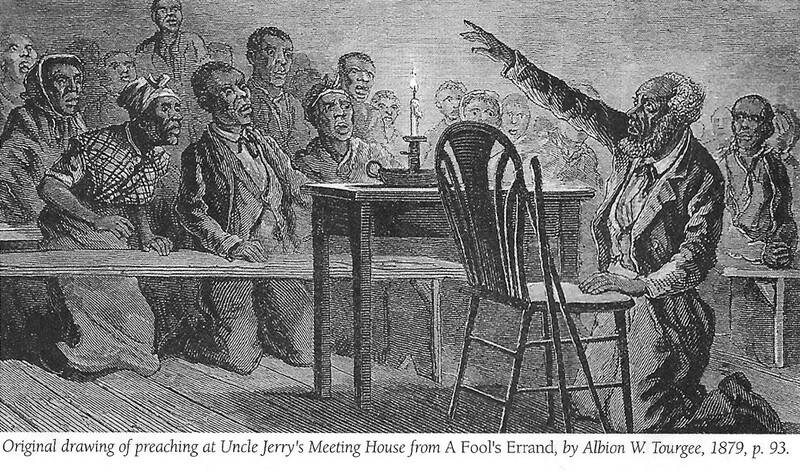 Uncle Jerry's character was based on Sam Holt, in Albion Tourgee's boo, "A Fool's Errand."

Sam Went on to be a prominent preacher in the area. In 1832, North Carolina passed a law stating "any free negro, slave, or person of color, could not preach in public or private." But Sam preached so well, the European Holts would sometimes attend the informal services. E.M. Holt deeded one acre of land to Sam for the sole purpose of developing a church for the Black population.

Sam, a very popular teacher and founder of Springdale Church and School 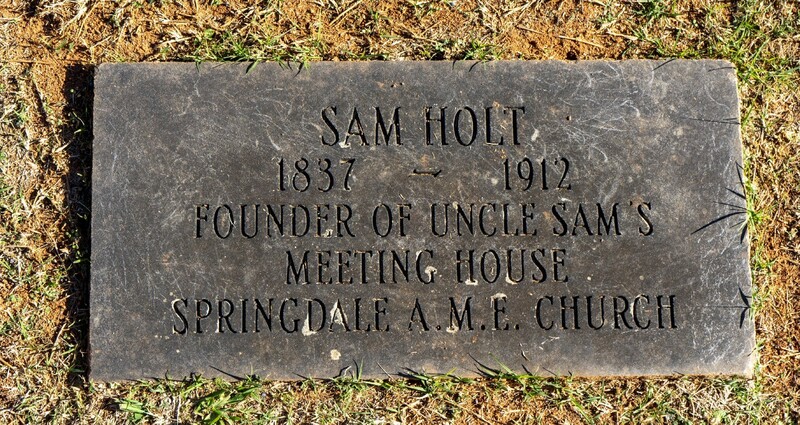 The church moved from the woods to a one-room house and was called Uncles Sam's Meeting House. It would soon become a school, teaching the emancipated slaves how to read and write. The school, the only one of its kin in the county, is credited with training the first Black teachers, who spread around the states teaching others. In one of the first generations of African American teachers was my great-grandaunt, Eliza Holt, who opened the Pattillo School in the area. The church was later named the Springdale Church and is still in operation today. 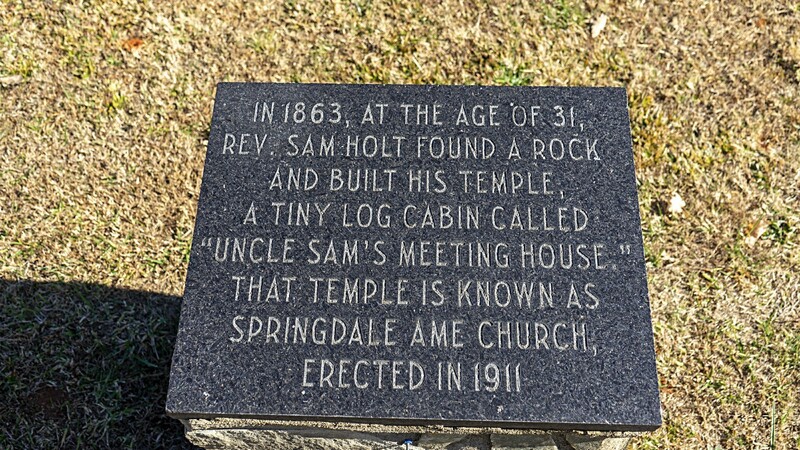 As for Caswell Holt, he was a tough man. Besides helping with the dyeing process that made his owners millions, Caswell was the first Black deputy in Alamance County. He teamed with Wyatt Outlaw, an African American political activist, and established patrols to curb Klan violence to enforce curfew regulations during reconstruction. This put them in the crosshairs of the KKK. First, the Klansmen attacked Outlaw, and dragged him to the courthouse where they hung him from a tree, and left his body until the next day to send a message to anyone who would go against them. Caswell was next on the list. The Klan attacked him several times. He was shot seven times, whipped, hung, and bucked (horrible torture that was widespread during the Civil War that I am not even going to explain here). No matter the physical pain he endured, Caswell never gave in to the demands of the Klan. He denounced them in the face of danger and would rather lose his life than admit to a crime he never committed. 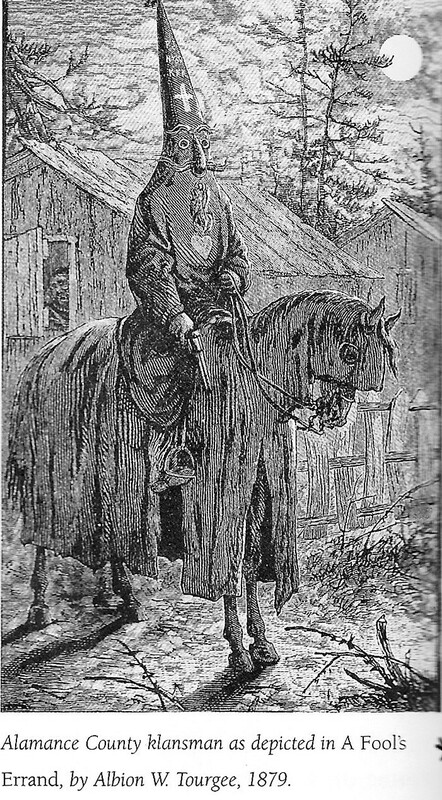 Working against the wishes of his ex-owner, E.M. Holt, Caswell traveled to Washington, D.C. and testified before the U.S. Senate. The brutal Klan terrorism in Alamance prompted North Carolina Governor William Holden to declare an insurrection in the county, which was basically a war against the Ku Klux Klan. Gov. Holden put martial law into effect and occupied Alamance and Caswell counties. On July 6, Colonel George W. Kirk was in charge of troops, and 83 Klansmen were arrested. This was known as the Kirk-Holden War. Scrimmages broke out all over the county and the federal troops were accused of hanging two Klan members in an effort to get information from them. The people of North Carolina were incensed at the government's pursuit of the Ku Klux Klan, and it cost Holden politically. After the Kirk-Holden War ended, he was the first U.S. governor to be impeached and removed from office.

A picture of Caswell Holt rests with a list of slaves owned by E.M. Holt 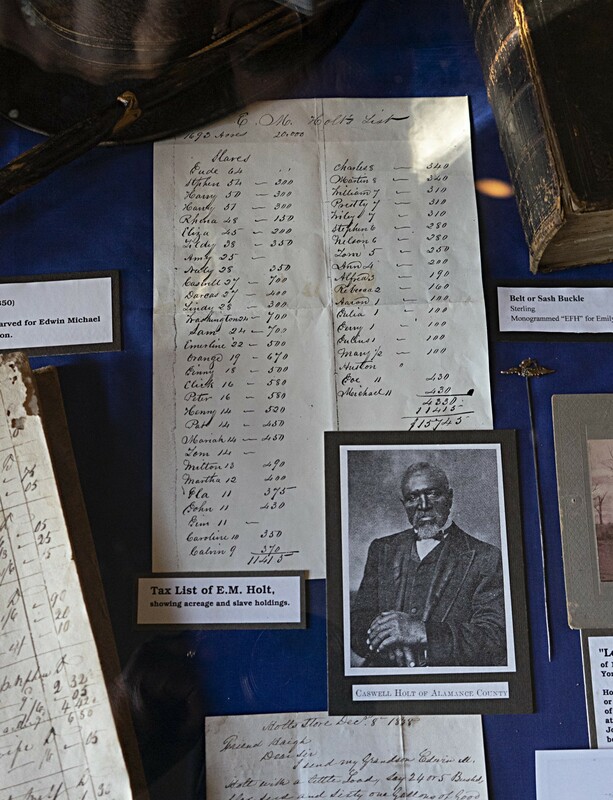 As I wrote about earlier, history can sometimes put you in a funky mood, especially if you are Black. Tracing my family history for a couple of years and finally visiting the plantation where my relatives lived in bondage for almost 100 years was an emotional experience. I knew what to expect. Though I did learn a few things, my research was so thorough before I arrived, I found no great surprises once I was there.

A present-day photo of Oak Grove, stylized to look historic 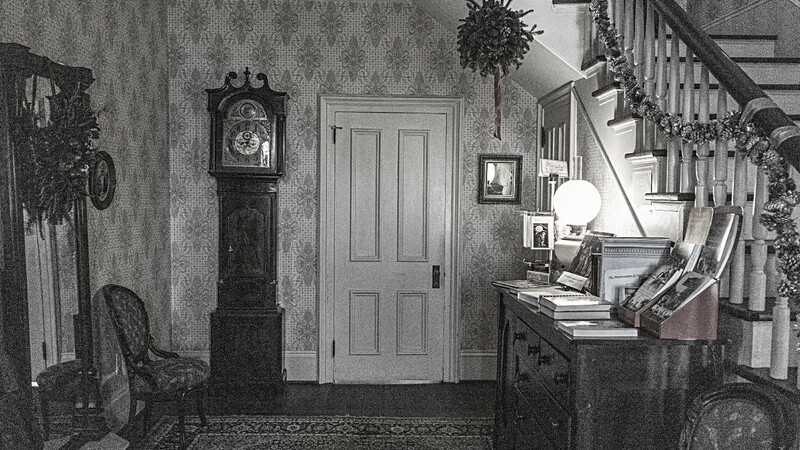 Oak Grove is a melancholy place. It is definitely not Tara of the nostalgic movie about the South, Gone with the Wind. Oak Grove is not palatial and glamorous. Slavery is not a technicolor dream; it was a dirty, grimy life. I do not know how many visitors the museum receives. I suspect tourists do not overrun the Oak Grove Plantation. The main walkway was blocked with an elaborate and symmetrical spider web. I walked around the web because destroying this type of nature seemed too much for a short visit. The Holt graveyard on the property was scrubbed and tidy, unlike the unmarked and washed-out headstones found in the place where the slaves were buried. The gravesite for the slaves of the plantation is about a mile from the plantation in the rear of Springfield Church, separated, even in death. This is the church that Sam Holt started. 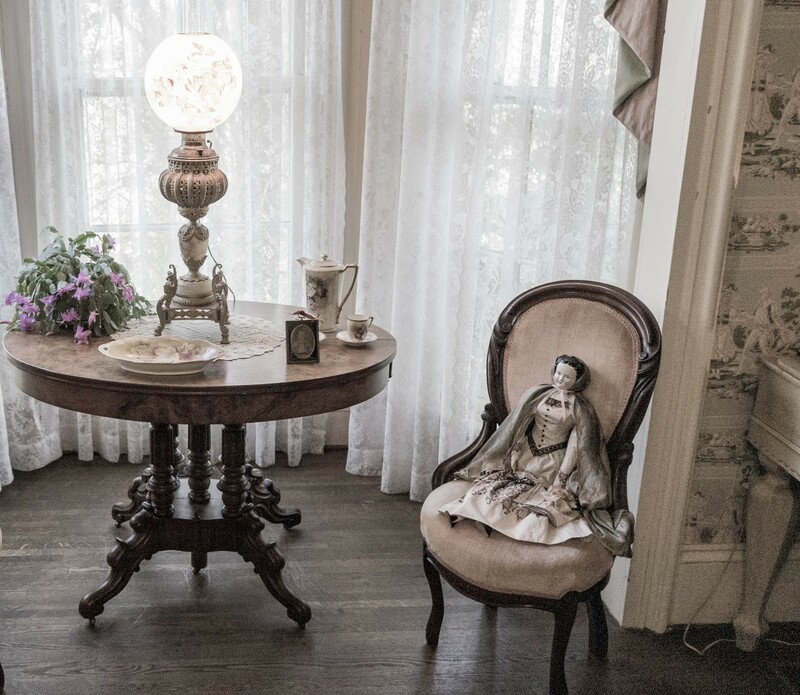 Though most of the slaves were not related to the slave owners, it is also just as accurate that many of the slaves were blood relatives of the owners. My own DNA says so. Slaver E.M. Holt gave land to both Sam and Caswell for a church and school and attended Sam's Sunday sermons, but he did little to stop the harassment and beating of someone he looked upon favorably, albeit paternalistically. Slavery and the relationship between master and slave have always been complicated. 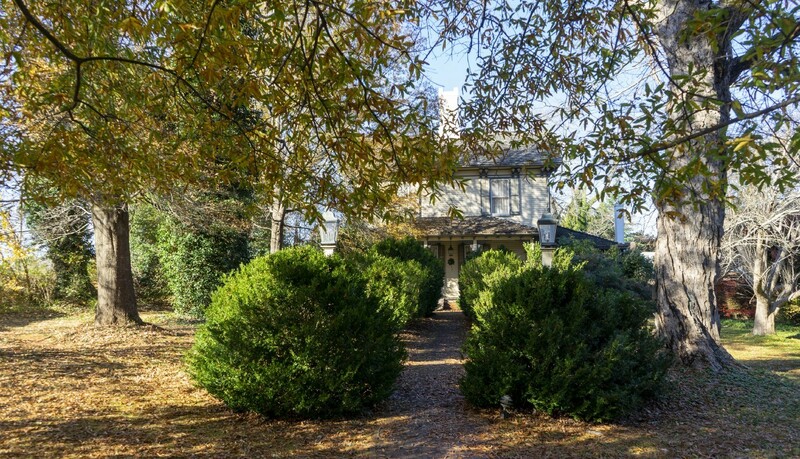 My uncle Caswell was not having any of that paternalistic crap. He went his own way and paid a substantial physical and emotional toll. But he had resiliency. This is why I am so proud of him. He had it much worse than any of us today and lived to a ripe old age with his dignity intact. Now that's admirable! 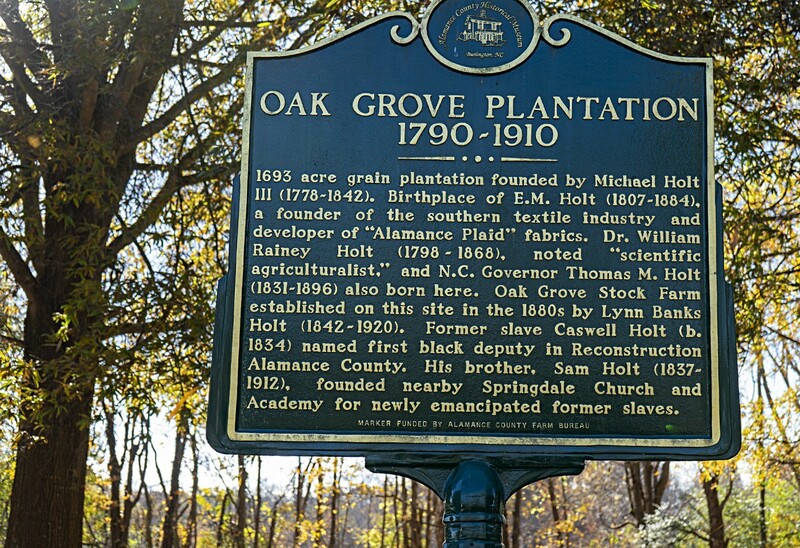 Before I left the plantation, I stood near the historical marker and took a deep breath. I did my best to imagine what it was like being here 200 years ago. And I knew I would never return. For me, this was a one-time event. My questions were answered and my curiosity about this physical space dissipated. But somewhere deep in me, there's a book about Caswell Holt waiting to get out.