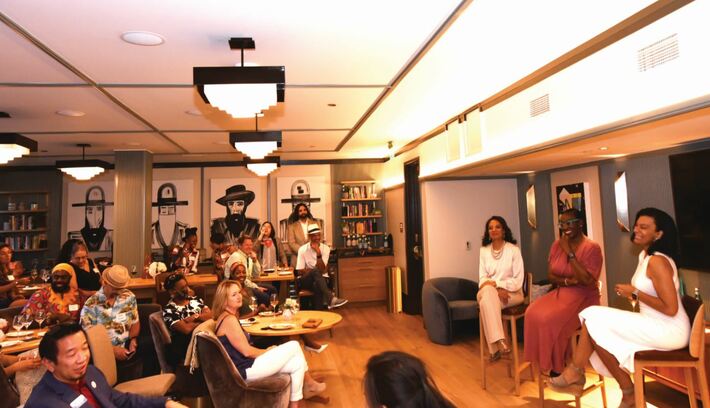 “People should not be able to buy elections. But until we get there, we’ve got to deal with the world as it is as we work to make it the way we want it to be. We do need money for the mission,” said former Ohio State Sen. Nina Turner while speaking on Aug. 28 at an open house for Emerge Colorado, the state’s premier training program for Democratic women seeking public office. 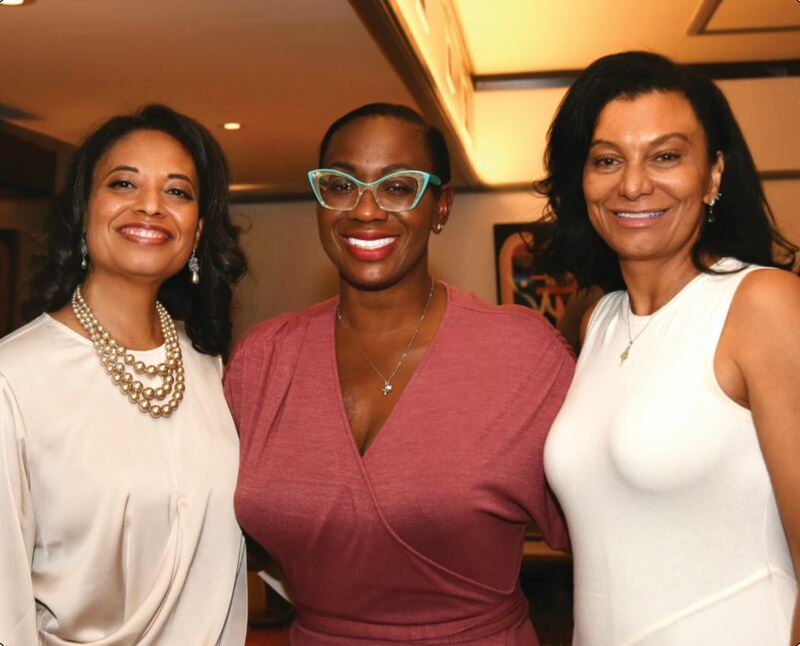 The organization, which recently named Lisa Calderón as its executive director, seeks to increase the number of Democratic women leaders from diverse backgrounds in public office through recruitment, training and providing a powerful network. Emerge has trained more than 450 women across the state since 2013, and maintained a 90% win rate. Colorado is one of only six states in the nation with a majority-women state legislative chamber. Specifically, in 2020, Colorado elected the most women to the state legislature in history, expanding the number of women to 34 serving in both chambers. Of those women, 18 are Emerge graduates and 10 of those alums hold key leadership positions.

To build on this monumental foundation, Emerge Colorado will need “time, talent, treasure and yes, money,” Turner emphasized as she recalled how necessary support came into play in her own campaign. “The movement of working-class people came to my rescue time and time again.”

Turner made history in 2005 as the first African American woman to represent Ward One on the Cleveland City Council, and again in 2008 as the first woman to serve as a state senator in Ohio’s 25th district. In the legislature, the Ohio native defended attacks against women’s health care freedom, partnered with working families, and organized labor to protect collective bargaining rights.

As a champion for criminal justice reform, she led the effort to create Ohio’s first task force on police and community relations in the wake of tragic police killings in her state and across the country. She has served as the chair of party engagement for the Ohio Democratic Party, leading initiatives to build a more robust and inclusive organizing infrastructure and support for local Democratic candidates across the state.

She supported Bernie Sanders’ 2016 presidential campaign and became president of Our Revolution, an American progressive political action organization spun out of that campaign. She became national co-chair for Bernie 2020. The assistant professor of history at her undergraduate alma mater Cuyahoga Community College traveled across the country building support for progressive values such as a $15 living wage, free education from kindergarten through college, and health care as a human right in the form of Medicare for All.

Her advancement to the national stage as an African American woman did not go unnoticed according to Turner. “If you are a Black woman, everything you say, everything you do from how you dress to your hair and mannerisms are critiqued and used in a very negative way,” she said, pointing out that the “pearl clutchers were offended. I was taught a long time ago that I’m a free Black woman. I’m going to be 100 percent who I am.”

Part of who she is stems from her grandmother who she recalls saying that it takes three bones to be successful: the wishbone, jawbone and backbone. In other words, “It’s good to be hungry in your heart, soul and mind. You need courage to speak truth to power. And you need to have the resolve that you will stand even if you stand alone,” she said.

At the standing-room only event at Emerge Colorado’s new location in the Five Points neighborhood, Turner also participated on a panel with Calderón, Denver City Council member Candi CdeBaca as well as founder and president of the Cannabis Global Initiative Wanda James. The power panel addressed issues women face when running for office as well as the political climate in general.

It's “exhilarating and traumatic” to run for office, said Calderón, who is Afro-Latina. She experienced sexist and racist attacks as the first woman of color to secure a place on the ballot for Denver mayoral election. While issuing a call for 20 to 25 women wanting to run for office in Colorado, Calderón noted that it can be challenging for a woman of color to say what she needs to say without being policed for how she says it. But, she added that women “don’t need to run afraid,” and that everything does not need to be in order.

For women who are open to run, Emerge offers the only in-depth, six-month, 100-hour, training program that provides aspiring women leaders with cutting-edge tools and training to run for elected office and elevate themselves in the political system. The local organization is a state affiliate of Emerge, which was founded in 2005 and has 27 affiliates across the country, all working to change the face of politics in the nation by recruiting and training Democratic women to run for elected office.

In June, Emerge Colorado graduated its ninth class of women. Over 10 alumnae are running for local office in 2021, after 25 Emerge Colorado alums won their elections in 2020. The program’s trainers are a team of campaign consultants, advisors, political operatives, and staff from all over the state and country who have been involved in some of the most successful campaigns and initiatives seen in recent election cycles.

Participants learn from these experts and develop practical knowledge in areas such as public speaking, fundraising, campaign strategy, voter contact, media and messaging, and ethical leadership. Candidates also meet an array of dynamic women who hold elected and appointed offices, and become a part of a supportive network, which includes a national association of Emerge alumnae, the Emerge board and advisory council members.

Training program participants also learn how to take care of their mental health among the lies and cheating that will take place during a campaign, according to Calderón. “You’ll need to figure out what’s worth challenging. It doesn’t matter what they call you. It’s what you answer to.”

Turner believes that today’s world needs the spirit of freedom fighters from the past, such as Fannie Lou Hamer and Cesar Chavez. We need “people who are willing to put something on the line for what’s just, right and good, and who are not preoccupied with who they offend,” said Turner, whose mom was a preacher.

James, who comes with a warrior spirit and from a long family line of veterans, said she feels good when she fights for something bigger than herself. “There are so many things we need to fight for,” said the member of the Emerge Colorado volunteer host committee.

A pioneering and respected leader in the cannabis industry, the former Fortune 100 executive works to remove the stigma of the plant and sheds light on the racial inequalities of the industry. During the panel, James covered a broad range of subjects from questioning the true meaning of being a Democrat to how America is failing its weakest people, citing police brutality, homelessness and suicides.

CdeBaca, a fifth-generation native of northeast Denver and graduate of the University of Denver, warned people about being tools for white supremacy. “Be critical of who you are following,” said CdeBaca, the first LGBTQ Latina and first Democratic Socialist to serve on Denver City Council, where she successfully led the charge to force the city of Denver to divest from halfway houses run by private prison companies known for mistreatment of immigrants across the country.

Calderón, who most recently served as CdeBaca’s chief of staff, has spent nearly three decades working to advance immigrant and women’s rights, racial and economic justice, and government accountability. As a criminal justice, sociology, and women and ethnic studies professor for 15 years, Calderón used her experience to build coalitions to organize legislative action to advance progressive policies.

In a July 12 press release from Emerge Colorado announcing her leadership role, she said, “Over the past decade, we’ve seen the power of this organization and the alum network grow. At the legislature, we’re witnessing leaders like Rep. Leslie Herod revolutionize Colorado politics. At the ballot box, Secretary of State Jena Griswold is fighting to protect our democracy every day. At the city level, alums like Candi CdeBaca are demonstrating why women matter at every level of elected office. The power of Emerge cannot be understated and the results speak for themselves.”