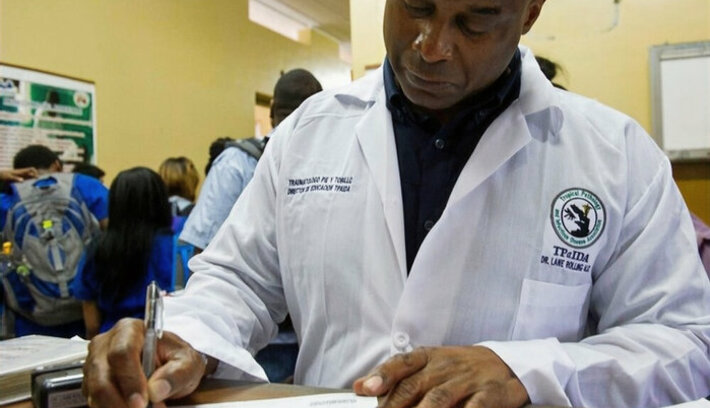 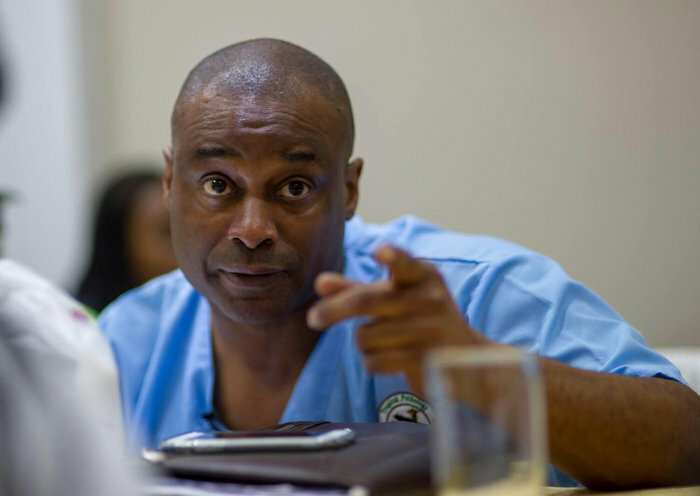 The mythology of superheroes brings millions of people around the world hope, inspiration and love. We’ve all heard the clichéd phrase “but not all heroes wear capes”, and this statement seems to hold when it comes to the medical surgeon and microbiologist Dr. Lane Rolling. Rolling has done what the fictional superheroes do on the big screen – acted as a beacon of hope and love, and most importantly saved people’s lives. However, this is no movie; Rolling is a real-life hero who is focused on saving lives around the world.

Rolling is the founder and director of the Tropical Pathology and Infectious Disease Association™, Inc. (www.Tpaida.org), a private organization educating students in the basic science, diagnosis and treatment of infectious tropical diseases, while providing medical assistance to other countries. Living by his military principles of the 3 D’s, discipline, dedication and determination, the doctor has dedicated his life to the service of humanity. Tpaida is an international company based out of Cuzco, Peru.

While in Peru the ex-military doctor spends the majority of his days in his muddy jungle boots with an 80-pound medical kit, hiking the jungle to provide free medical aid to the Peruvian inhabitants in need. However, in 2020, Rolling like the rest of the world joined the battle against COVID-19. The coronavirus threat brought the doctor back state-side, in an attempt to educate, inform and help to provide solutions to the viral threat. Over this past year, he put down the muddy jungle boots and picked up dress shoes and ties as he has gone from one media outlet to another, providing people with COVID-19 information and updates based on education, science and his real-world experiences.

“Moving from last year to this year, it is a rocket ride. From MSNBC to the Black News channel, and all of the publications and awards that’s been given to me, it’s like I’ve been given the key to the city in Camden, Arkansas. What can I say? It’s a beautiful thing,” said Rolling.

He is continually asked to do media interviews and has been given humanitarian awards, because he has had a true and consistent message as it pertains to this coronavirus. That message has been to stay vigilant, because even though we as a people want this COVID- 19 nightmare to be over, we are still only in the beginning stages of this biological warfare, he believes.

“If you understand the biochemistry and the virology pathology mechanism you can have a good understanding of where this virus is going to take us. A year later we are still right in the middle of the pandemic, which is not a pandemic anymore; it’s an endemic infection. And everyone has been affected by it in some fashion. The reality of it is we are going to be doing this for a long, long time. At least the next 50 years,” he said.

“We’re in an endemic infection, and what does that mean? A pandemic means the infection is worldwide. The infection which we describe now is a global endemic, which means the virus is in the population; it’s not going anywhere. It’s here every day, it’s in Colorado, it’s in your school, it’s in your restaurants, it's everywhere,” he explained.

Even though in retrospect we are still in the beginning stages of a long road to recovery, we have made major strides in this endemic. We now have a lot more knowledge about the virus, and of course, we have vaccines. However, some people who have been vaccinated have still been infected, because the virus is mutating. Several different, mutated strains of this coronavirus exist. Vaccines are helpful but don’t necessarily guarantee immunity from the virus.

“You might be vaccinated, but you don’t want to go to Walmart without a mask with a thousand people, or you’re going to get infected, at least there’s a strong possibility. The vaccine is one part of the platform. I think we have a long way to go, and people need to understand that just because you get the first vaccine, you will be getting a booster shot for the rest of your life,” he said.

Typically, it takes around 10 years to develop a vaccine, according to Rolling. In the case of COVID-19, however, vaccines were developed in a little over one year so side effects are not fully understood. For example, a recent NBC report detailed how young men who have received mRNA vaccines like Pfizer or Moderna have experienced heart inflammation. Other news reports describe several more cases of adverse effects caused by the vaccine.

The doctor explained that’s why it takes three to 10 years for a vaccine to come to the market, because then you can do a significant clinical trial, and test all different subtypes of people to study how each reacts to the vaccine.

“We're going to find out in another year or so when the science catches up to us, and that’s the reality. That’s why you don’t rush things to market so quickly, especially in science,” he said.

Rolling also points to the vaccine’s temporary effects, which most people don’t understand.

“Vaccines play a part in the program but the vaccines only last for 81 days. That’s all. You get the vaccine, you got 81 days of antibodies and that’s it. That is why you have to get a booster shot. That’s where people make their mistake; they think if I get this vaccine then big mama is good for the rest of the year. No big mama is good until 81 days, then her antibodies are gone, and she can be exposed again,” he explained.

Despite the controversy and speculation, having a vaccine available to the public has prompted many states to lift the mask mandate and reopen businesses. For the most part, lifting the mask mandate seems to have made a lot of American citizens happy. With a vaccine available and masks gone, one would think we are entering the stages of reverting to normalcy like before the pandemic. Conversely, this might not necessarily be the case. This current stage is most likely the calm before the storm, he believes.

“Probably by September, October, November, we will be wearing masks again because the disease is going to determinate that, not some policy, because people are going to get infected. People are already getting infected. So, the mask mandate I think should be implemented, just to protect yourself,” he said.

To help save lives, Rolling helped develop bio-security equipment for protection from COVID-19 at homes and businesses. Tpaida is selling products range from antiviral masks to mini decontamination units.

He believes we have miles to go before we are safe from the coronavirus, and he’s ready to walk those miles whether he is in muddy jungle boots or dress shoes.