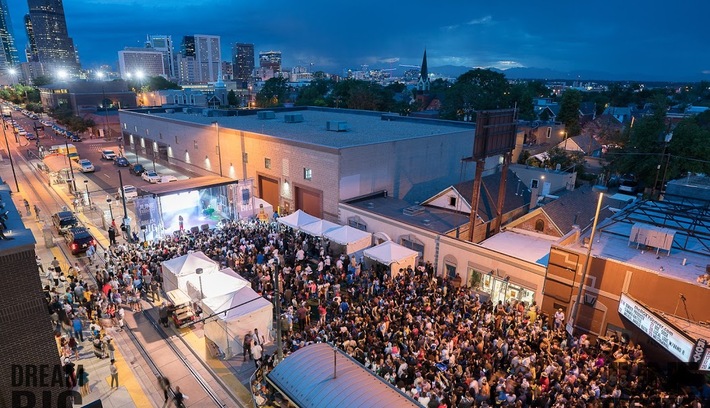 Denver’s Juneteenth Returning Bigger Than Ever

Denver’s Juneteenth Returning Bigger Than Ever

On June 19, 1865, two and a half years after President Lincoln signed the Emancipation Proclamation, Major General Gordon Granger’s regiment of Union soldiers arrived in Galveston, Texas with the news that General Lee had surrendered and the war was over. The presence of Granger’s troops allowed Union forces to overcome resistance to Lincoln’s Executive Order. Juneteenth is now commemorated across the country and celebrates the ending of slavery and the beginning of African American independence in the United States. 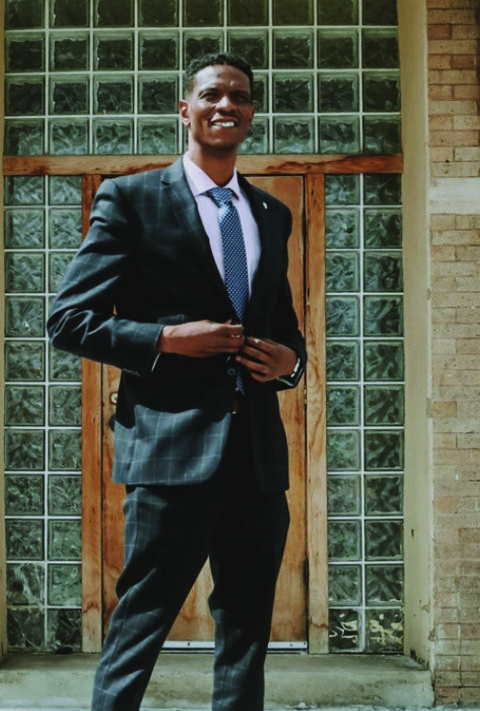 According to Norman Harris, who has been the executive director of the Juneteenth Music Festival since 2012, Five Points witnessed one of the biggest Juneteenth celebrations ever in 2019. That year, the festival had a virtual broadcast that reached more than 200,000 people, and in-person programming included performances from renowned artists like Ashanti, Trev Rich, Danette Hollowell, and DJ Envy. There was even a beauty market and AstroTurf in a VIP section.

“The streets were filled with crowds from Park Avenue to 29th on Welton, and the energy was phenomenal,” Harris said.

His pride in the festival stems from his desire to apply his expertise to improving his community and leave behind a legacy in Colorado, as well as his deep love for Denver, especially the Five Points and Park Hill neighborhoods. He also works for the Holleran Group, a Black-owned, urban development firm with a vision and objective to create sustainable wealth in the Black community through asset-based community development.

The elders in Harris’ family valued education highly. He attended great schools with phenomenal teachers, who he credited for the foundation of his overall development as a leader and entrepreneur. Additionally, he said the real world gave him the opportunity to apply the knowledge and information he gathered to make good business decisions. The real world also provided risk and potential for failure, so it was important for him to learn how to find lessons in losses.

“I’ve always had a passion for business and being an entrepreneur,” Harris said. “What has evolved over time is my personal commitment to dedicating my full focus and energy towards developing myself and my businesses,” he explained.

He has many fond memories from Juneteenth dating back to the early ‘80s. But one of his favorite memories happened in 2012, when he organized the Juneteenth Music Festival for the first time. His grandfather, Norman Harris Sr., led the parade with the American Legion Wallace Simpson Post number 29.

“The night before we gathered in his building on the corner of 26th and Welton where he told the crew stories about Juneteenth and the importance of the parade. Chiniqua Jackson and Stanisha Evans, the organizers of the parade, giggled at Grandpa’s humor. Seeing him in front of the parade the next day was touching,” Harris recalled.

Denver’s Juneteenth Music Festival is typically one of the largest Juneteenth celebrations in the nation and annually attracts 50,000 people. Thousands of individuals attend the Juneteenth parade, which traditionally represents the flooding of the streets with newly freed slaves.

Then, the pandemic shook the world’s social, economic and healthcare systems. But the JMF Corporation was able to find a way to celebrate Juneteenth safely and bring the Denver community together during that uncertain time. The 2020 Juneteenth Music Festival presented a full day of online programming with positive, educational and entertaining panels and performances to celebrate African American history and culture. DJ Jazzy Jeff also hosted a “’90s vs. Everybody” virtual house party.

“COVID-19 pushed us to reimagine what it means to celebrate Juneteenth,” Harris said. “We used COVID-19 as an opportunity to refocus and retarget our effort to grow the celebration.”

This year, Denver’s Juneteenth Music Festival will return as an in-person outdoor event in time to celebrate its 10th anniversary as a music festival. Harris said it will be Denver’s first in-person festival since the pandemic, and he appreciates the opportunity to dream big and work to do something better than what was done before.

“We’re resilient,” Harris said. “At the core of it, we understand how important it is for people to come together through the common understanding that we’re gathering about Juneteenth and fellowship, and enjoy each other’s company and kick off the summer with our city’s biggest family reunion.”

The festival will start at 2 p.m. on Friday, June 18, with a six-hour live broadcast featuring performances, music, entertainment, panels with special guests, and the annual Dream Big Awards presented by Verizon.

The Dream Big Awards honor individuals who have set high standards for achievement in business, education, arts, and service. This year’s awardees include Chauncey Billups, Ashlee Wedgeworth, and the Know Justice, Know Peace podcast. Denver Urban Spectrum is also proud to announce that its publisher, Rosalind “Bee” Harris, is being awarded the Dream Big Award to honor her mark on this city by highlighting achievements and stories of people of color.

Other highlights of the live broadcast will be podcasts, a virtual cypher, virtual dance competition, comedy, financial literacy segments, and more. The program can be viewed via social media platforms and on Denver Community Media channels Comcast 56 and 881HD. Denver’s Juneteenth Music Festival will also offer ShopBlack.org, the official Juneteenth Marketplace with merchants that sell items such as crafts, art, beauty supplies, and clothing.

The Juneteenth parade will start at 9 a.m. on Saturday, June 19 at Manual High School. The two-day street festival at Welton Plaza will begin at noon on Saturday and end at 8 p.m. on Sunday, June 20. The festival will span 10 city blocks with artisan merchants, food vendors and interactive activities, and music and entertainment at the Welton Street Corridor, Charles Cousins Plaza, Five Points Plaza, and Cleo Parker Robinson Dance Theater. Some highlights include panels with community leaders and a Juneteenth Buckdown Competition. The JMF Corporation has also partnered with Denver Health to provide onsite education and access to the COVID-19 vaccine.

“We think it’s very important that we stand at the forefront of helping our community get equitable access to healthcare services, and vaccination is an important part of that,” Harris said.

He added that the festival would not be possible without partnerships and sponsors such as Amazon, Rose Community Foundation, Chevron, Verizon, Jack Daniels, Coors, Denver Urban Spectrum, the Five Star News, Brother Jeff’s Cultural Center, Five Point Atlas, and the planning committee.

“I get a ton of credit for Juneteenth,” he said. “However, it would not be what it is without our planning committee who are the backbone to our success. We contribute everything we can to create a celebration that we hope people will enjoy and be proud of.”

Colorado began recognizing Juneteenth as a ceremonial holiday in 2004. This February, the Denver City Council also declared Juneteenth a commemorative holiday. The JMF Corporation is encouraging the community to come together and push to make Juneteenth a national holiday in order to create a day of healing from systematically erased African-American history.

Individuals can submit a blog, video or creative project on social media about why they think the nation should recognize the end of slavery and celebrate the culture and achievements of African Americans. Submissions should be posted along with the hashtag, #IamJuneteenth.