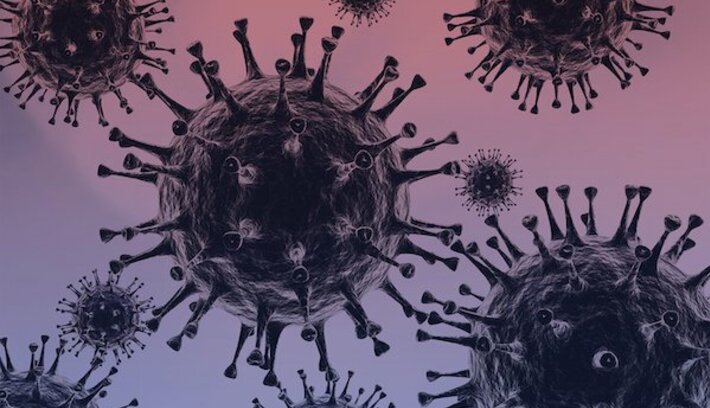 Vaccination is expected to improve health outcomes in communities of color, but they did not have adequate access to vaccines in the first few months of distribution. To ensure that more vaccines are available for people of color, many local organizations have been partnering with healthcare providers, county public health departments and the Colorado Department of Public Health & Environment (CDPHE) to host pop-up vaccine clinics.

John Yee is a member of the Pastoral Council at St. Lawrence Korean Catholic Church in Aurora, Colo. He became involved in planning one such pop-up vaccine clinic when Colorado State Representative Naquetta Ricks and Aurora Councilwoman Alison Coombs contacted the church about a potential partnership. The leaders at St. Lawrence Korean Catholic Church agreed to be the host organization for a vaccine site, and Ricks’ office contacted CDPHE to obtain 100 vaccine doses.

“We shared the concern of the COVID-19 pandemic among our church community and wanted to help vaccinate as many people as possible – including the Korean community – to overcome the pandemic,” Yee said.

Though communication was initially difficult because multiple parties were involved, he said that once direct communication was established with CDPHE, organizing the clinic was a very smooth process. As a result, 103 people registered for the vaccine, and 97 showed up on the day of the clinic. In his opinion, the turnout was very good. Most of the registrants were from the Korean community around Aurora. He believes that easy access to the vaccine contributed to the high turnout.

“Advertise and share clinic info to as many people as possible,” was Yee’s recommendation based on his experience. 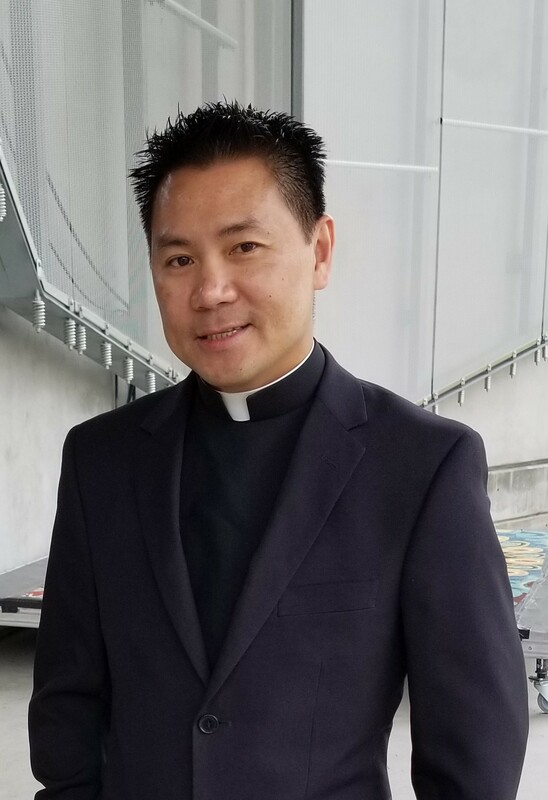 Father Joseph Tung is the community liaison for the Vietnamese American Community of Colorado, a community liaison for Denver Health, and the chaplain for the Denver Police Department. He has helped organize numerous clinics for the Vietnamese community by working with COVID Check Colorado, Governor Polis’ mobile vaccine bus, and CDPHE directly. Now Tung works with Denver Health Mobile Health Unit to set up clinics. He estimated that he has helped about 40,000 Vietnamese people get vaccinated. The numbers are starting to dwindle now that the vaccine is more widely accessible, but he said that is a good problem to have.

“Each week about 50 Vietnamese people go to get vaccinated now,” he said. “At the beginning, during the elections, I had a lot of people from the older generation thinking that we were putting out a hoax.”

He remembers one such individual who told him to stop scaring people because COVID-19 wasn’t real, and after the election, the virus would disappear from the news. A few weeks later, that individual contracted COVID-19 and died.

Tung struggled to convince people in the community to social distance. Some older Vietnamese people kept their nail shops open even when the state was telling them to close. Children and teens would go out with their friends and bring COVID-19 home to their parents and grandparents.

He said that he had to attend a lot of funerals. At the same time, many Vietnamese people have been experiencing anti-Asian discrimination but don’t report it, so he works with the police when cases occur. He believes misinformation and mistrust are rampant in the Vietnamese community.

“There was even a rumor going around that there was a cure for COVID-19 after Trump recovered from it,” Tung said. “And just yesterday, I heard people saying that the vaccine puts a chip into your body to control you, and it’s China’s fault.”

He explained that some Vietnamese people feel antipathy towards the Chinese government because of how China has influenced the Vietnamese government, and commented that such hatred and bias are wrong.

According to Tung, many older Vietnamese immigrants do not speak English, and they rely on YouTube for their information because there are Vietnamese speakers available. The danger, Tung said, is that people on YouTube don’t necessarily provide good information. And when popular Vietnamese people make a video saying COVID-19 is not real, Tung said those videos create fear and doubt within the community.

Since the COVID-19 pandemic started, he felt that he needed to make sure that Colorado’s Vietnamese community got correct, official information from the state and the CDC about COVID-19. He started a talk show called “Niep Song Viet Colorado,” which translates to “The Vietnamese Way of Life Colorado.” The show runs Monday to Friday from 8 to 9 pm and features discussions of daily news, unemployment benefits, and social distancing. He also brought Denver Health doctors and other local doctors that could speak Vietnamese to educate people about the vaccine on his show. The show takes a lot of effort, especially in combination with Tung’s other priestly duties, but the reward has been seeing the show gaining popularity in the community.

He said that he repeats the same message every day: “I’m doing this with my heart, my whole heart for the Vietnamese community. So please wear your damn mask.” 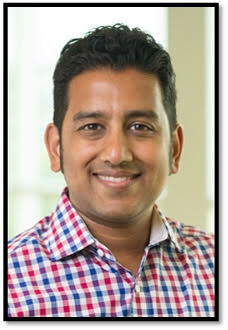 Dr. Anuj Mehta, a critical care and ICU physician at Denver Health who advised the state on vaccine allocation, can understand why some people do not trust the COVID-19 vaccines. He is also a member of the Colorado Vaccine Equity Taskforce, which exists to ensure that all groups – regardless of race, ethnicity, ability and other factors – have all the facts to make informed decisions about the safety of vaccines for their families.

“We have not always done right by communities of color,” Mehta said.

According to him, the CDPHE was very focused on ensuring vaccine equity early on. In the initial phases, the state brought on many experts in the field to help advise and develop priorities through the Health Equity Office of CDPHE. Immunize Colorado is a nonprofit working with healthcare providers, public health departments, policy makers, and community organizations to protect Colorado families from vaccine-preventable diseases, and was also involved.

The CDC tasked every state with coming up with a vaccine rollout plan that included priority groups. He was asked to chair the group advising the state about the plan.

Legally, such a prioritization wouldn’t have worked. But, the issue about high morbidity rates also wasn’t biological, he said. Rather, structural, systemic issues are at play that cause inequitable vaccine distribution and healthcare. As an example, he said that when the pandemic started, people of color struggled to get proper testing because they were not always believed when they had COVID-19 symptoms.

According to the Colorado Vaccine Equity Taskforce’s website, “Our communities [of color] have experienced more negative impacts from the pandemic because of systemic racism that has created a chronic lack of access to quality, affordable healthcare, which leads to underlying health conditions that put individuals at higher risk for severe COVID-19. Additionally, our communities have higher percentages of individuals in jobs, which do not allow them to work from home.”

“We really tried not to make too many recommendations on the pragmatic rollout because we were medical experts and not implementation experts,” Mehta said.

Still, he explained, the group tried to make sure vaccine distribution was equitable. They wanted to keep the definition of healthcare workers broad so that people such as licensed practical nurses and medical assistants, careers that have higher representation in communities of color, would be included. Essential workers, which are at very high risk for contracting COVID-19 and more likely to belong to communities of color, were also included. Messaging about the vaccines was also distributed in multiple languages.

CDPHE runs a Champions for Vaccine Equity Program. Local communities can sign up for a healthcare professional to speak to groups of up to 100 people about vaccine effectiveness, safety and access. Mehta has given 30 vaccine talks in just the past few months to groups such as the Colorado Center for the Blind, Aurora Public Schools and the Dairy Workers Union.

“My job is not to convince you to get the vaccine but to give you the best information so that you can make that decision for yourself,” Mehta said, adding that people have common concerns about the vaccine: “Safety, efficacy, side effects … Even the smallest thing becomes news.”

“Now that we know about it, we can detect it and have good treatments,” he said. “Single doses can also be convenient for people that work nights and have difficulty setting up appointments.”

He added that research is increasingly showing that the vaccines are safe during pregnancy and breastfeeding. While the clinical trials happened quickly, the way they were run would be the same outside of the pandemic, plus vaccine equity was also considered during the trials, he said.

“There is hard, good clinical data from clinical trials,” he said. “The clinical trials that were authorized in the United States here match the effective population.”

In other words, he explained, people of color were also included in the trials. He also wanted to emphasize that the vaccine is free and does not require people to have insurance.

“If people ask for insurance, it’s only so that an insurance company can be charged a fee, but you will never be charged or need to provide insurance,” he said. “INS (Immigration and Naturalization Service) is not allowed to be anywhere near a vaccine site.”