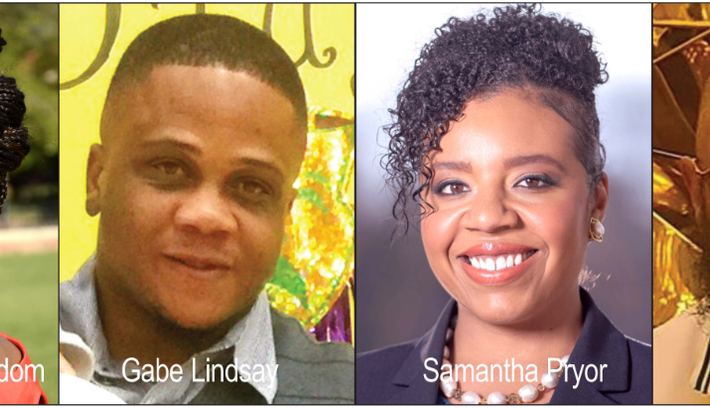 To meet workforce demands, it is estimated that by 2022 the U.S. will need approximately a million professionals in the areas of Science, Technology, Engineering and Math, also known as (STEM).

Producing these qualified professionals has become a priority according to the U. S. Labor Department, particularly targeting African American students who are reportedly the least likely to enter the technology fields. In an assessment of technology and literacy by the National Assessment of Educational Progress (NAEP), only 18 percent of Black students scored at or above proficient, whereas 56 percent of white students fell into that category. This so-called achievement gap between Black and white students has been a pervasive problem in America’s schools for decades; here in Denver the numbers fair no better.

NAEP also reported that in 2017, Denver Public Schools (DPS) Black fourth graders scored 36 points worse than their white counterparts on the reading portion of the exam. That placed DPS 18th out of the 24 school districts being measured. The gap was also five points higher than the national average for big city school districts.

This has led many leaders in the African American community to question the school system’s commitment to improving Black student performance. Some community members have even begun to take matters into their own hands by creating a Science, Technology, Engineering, Art and Math (STEAM) Academy, largely focused on African American students.

Samantha Pryor, an attorney and co-founder of the Robert F. Smith STEAM Academy opening fall 2021, says the school was created because the academic needs of Black students in DPS are not being met.

Smith is a billionaire businessman and philanthropist, born and raised in Denver. He gained national attention in 2019, while serving as the commencement speaker at Morehouse College and receiving an honorary doctorate degree. He stunned the crowd when he announced that he would pay off the entire student loan debt for the class of the 396 graduates.

While the school in Denver will bear Smith’s name, he is not a benefactor of the academy at this time.

Pryor maintains that the goal of the new academy is to dramatically improve the academic performance of Black students.

“What we’ve observed are low expectations and standards when it comes to Black students in DPS,” she says. “Our goal is to ensure that our students receive the high-quality education they deserve.”

After visiting several successful models of programs aimed at African American students in Chicago, Pryor became convinced that Black students could significantly elevate their performance given a different approach.

“Before we began to design our academy, we toured a number of schools in Chicago that have gained a national reputation for their success with African American students,” Pryor says. “We were expecting to come to revelations about instructional strategies, curricular options or management styles. Instead, what we learned was that while all those things are important, the most critical element to Black student success was found in the school’s relationships—with both students and parents.”

In a 2014 survey of 21,000 eighth graders, conducted by NAEP, 63% of the students said that family members provided their initial encouragement and inspired their interest in STEM.  Only 13% said they were first engaged in STEM by their teachers, and 19% said they investigated STEM fields on their own.

This data appears to support the presumption that family members play an important role in fostering an interest in science, technology and engineering literacy. But Pryor insists that Black students’ interest is not nurtured in our school system.

“The over-disciplining of our kids, the lack of high standards and deficit perspective among many teachers only serve to compound the problem,” she claims. “Our children are in classes where the teacher cannot identify with them. And while many teachers might mean well when they apply to largely minority schools, they also bring their racial presuppositions and biases about the intellectual capacity of Black students with them.”

Pryor and the academy’s other founders have determined that the best course of action is to pattern their new school after the HBCU (Historically Black College and University) model. A graduate of Clark Atlanta University, she says her experience was transformative and believes that it can have a similar impact at the high school level.

“It was the best decision I ever made, and I am confident that our students will respond positively to this model as we work to eradicate the proficiency gap,” she explained. “By creating relationships with our students and community that cultivate culture and pride we will address the deeper needs of our kids.”

For the school’s new principal, Shakira Abney-Wisdom, the Robert F. Smith STEAM Academy is designed to engage students where they are academically and aid in their scholastic growth beyond proficiency.

“My goal is for us to provide instruction in a space that clearly communicates that achieving at high levels in school, being good at what you do, and liking it is OK,” she says.

Multiple societal factors influence how students think about learning, in general. For this reason, among others, Abney-Wisdom believes that success will require the support of the entire community.

“We plan to be intentional about knowing our students and their families. We need to know that our students are alright everyday and actively notice when they are not being themselves. Having a relationship with the family provides better opportunities to lend support for issues they encounter outside of the school day that can impact their academic development,” Abney-Wisdom explains.

The emerging theme revolves around relationships among student, parent and school.

“African Americans are incredibly communal in our ways of being, learning, knowing and doing. We learn through experiences that are formal and informal,” she says. “Schools in this nation are immersed in whiteness and require a stripping process, an erasure process in order for students of color to assimilate before the instructional input can be received and considered valid.”

The difference, according to Abney-Wisdom, is that by providing a space where pride in oneself is a common theme and where culture is reinforced, students feel value, safe and supported; this changes the paradigm. It removes the so-called stripping process before learning and knowing is considered authentic.

High Standards and a Well-Equipped Environment to Support Achievement

Academic rigor will also be a central component of the instructional programs.

“We intend to teach at grade level while providing supplemental support where needed,” she says. “While we recognize that testing data is important, we are expressly against teaching to a test. To do so would be a disservice to our students; it is not substantive and is very superficial. There is no indicator on a test that measures potential.”

Businessman Gabe Lindsay, one of the school’s founders, says that his involvement in the creation of the academy happened organically.

“I was coaching football at South High School where my dad had been head coach for the past decade. After having helped to build the program there into a consistent state-level competitor, dad decided that he wanted to give back to kids in our community in the far northeast of the city,” Lindsay says.

That was when he says he began to notice a disturbing pattern. The schools in his community did not have the equipment, supplies or resources as many other schools around the district.

“As we began to build our team, we began to notice all the inequities materialize and it was shocking,” he says. “In Montbello, there are five schools housed in one building. Co-locating middle school students and high school students, all on separate bell schedules, start and end times is an absolute mess.”

This has led Lindsay to lose confidence in the system and view its education of African American students through a different lens.

“It quickly became apparent that DPS does not know how to educate Black kids,” he says. “The academic achievement gap in Denver is among the worst in the nation.”

The school is slated to open this coming fall with 125 freshmen as their inaugural class. It will be housed in the Montbello Tech Center.

“Initially, we will be a district-run innovation school and ultimately become an innovation zone,” Lindsay says. “This will eventually give us more control and an opportunity for greater self-governance.”

Yet, another one of the school’s founders, Brandon Pryor, put the need for the academy more bluntly.

“When you attempt to feed something foreign to people, they will likely throw it up,” he says. “The information that we continue to feed the school district about how to educate our Black kids seems to be foreign to DPS who, metaphorically, regurgitates any advice concerning African American students.”

Pryor, a community activist, says he agrees with his colleagues that relationships are the key.

“What we learned touring the schools in Chicago was that not only do we have to establish relationships with the students we must also know our parents—they are the backbone,” he says. “Ideally, we want to provide wrap-around services where members of the community are welcomed—that the school becomes more of a community hub.”

According to Pryor, the school is designed to build critical thinking skills needed to navigate and succeed in a global environment.

“We will ensure high standards by instilling pride through an intentional focus on blackness and a celebration of our culture,” he says. “It will be grounded in the tenets of HBCUs.”

According to Principal Abney-Wisdom, the school is already attracting interest from educators around the nation.

“Although we have not begun our formal recruitment process, we are fielding calls from teachers letting us know that they are interested in being a part of what we are building here in Denver,” she says.