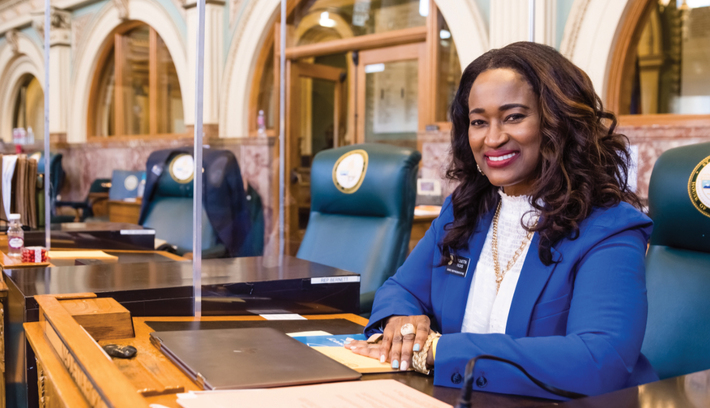 Representative Ricks Inspired to Serve as a Voice for Immigrants

Representative Ricks Inspired to Serve as a Voice for Immigrants

As the first African immigrant elected to the Colorado State Legislature, newly sworn-in Representative Naquetta Ricks is no stranger to breaking the glass ceiling. Looking back at her life, Ricks said that she has had the opportunity to live what once seemed like an impossible American dream.

She was born in Liberia, West Africa and moved to the United States in 1980, after a bloody military coup when Ricks was in ninth grade. Soldiers came to her house looking for her mother’s fiancée, who was a minister of the government. Ricks said that she and her sister watched their mother be held at gunpoint for two hours while soldiers looked for their mother’s fiancée. And when the soldiers found him, they dragged him to the driveway and threw him in the back of a truck. Ricks, her sister, and her mother grabbed some clothes and left that same day because they knew the soldiers would come back. 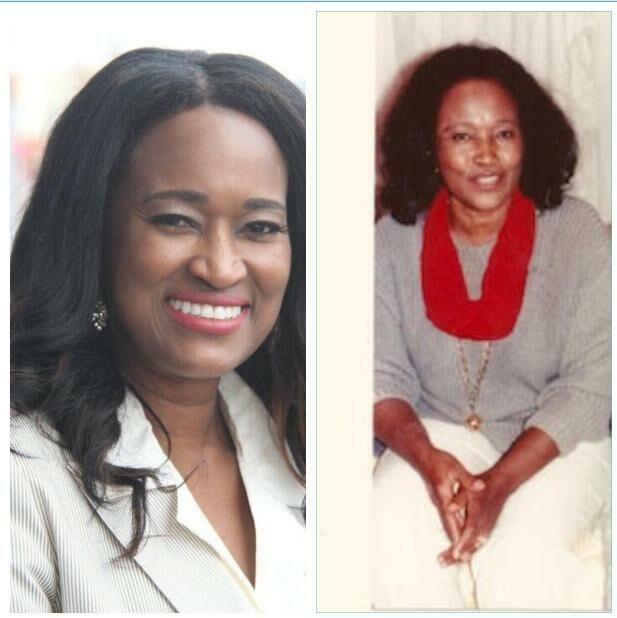 “Within a few days of that incident, the soldiers rounded up all 13 ministers of the government, lined them up on the beach in the capital city, and shot them by firing squad,” Ricks said. “My mother had a nervous breakdown, and by June 1980, she asked for a medical leave, and we came to the U.S. seeking asylum and refuge.”

Ricks and her family settled in Aurora, Colo. She knew the value of education and worked hard to earn her bachelor of science degree in accounting from Metropolitan State University of Denver. She also received her master’s in business administration from the University of Colorado-Denver. Afterwards, she started a successful mortgage brokerage, co-founded the African Chamber of Commerce of Colorado, and founded the African Economic Development Center.

She never intended on being in politics. Then she was approached by Emerge, a national political organization aimed at recruiting, training and providing a powerful network for Emerge women with staff, alumnae, boards and volunteers on the ground all year. Since 2002, Emerge has offered an in-depth training program that provides aspiring female leaders with tools and training to run for office. Ricks said that hearing President Trump’s xenophobic statements on television made her even more determined to become a politician who could push back against his anti-immigration rhetoric.

The start of her political career was rocky and frustrating. In 2014, she ran for the University of Colorado Board of Regents. Though she received over 100,000 votes, she lost the election. She then ran for Aurora City Council in 2017 and came in third. But, every failure pushed her to learn from her experiences and work even harder. Despite losing, she shared numerous conversations with the community and learned what their hopes and dreams were for their families to achieve better lives. Those conversations also pushed her to go out every election season – whether she was running or not – to encourage people to take part in democracy. The experience also made her realize that there are many communities whose voices were not being heard in the state capitol.

“Communities need to have a voice, and representation happens when legislators look like the people they are representing,” Ricks said. “We need to make sure that more people have a seat at the table.”

Now, Ricks is the Colorado State Representative for House District 40. She’s a member of the House Public and Behavioral Health and Human Services Committee as well as the Business Affairs and Labor Committee. She wasted no time in sponsoring numerous bills that are now up for consideration in the coming months. She also hosted several COVID-19 vaccine pop-up clinics to help vaccinate her constituents who are essential workers or 65 years old and older and started an annual youth poetry contest to help uplift rising young voices in Aurora.

She credited having strong female role models for her success and resiliency. She looks up to women like Ambassador Arikana Chihombori-Quao, President Ellen Johnson Sirleaf, Maya Angelou, and Shirley Chissom. But Ricks’ biggest inspiration is her mother. 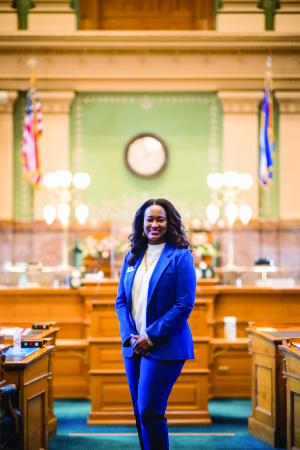 “My mother was my first role model,” Ricks said. “She was a force to be reckoned with: compassionate, industrious, fearless, and resourceful.”

Ricks hopes that her story will help inspire more young women to be leaders in their communities. She also has some advice: “Never give up, and always have faith. Also, be comfortable with being the only one that looks like you for a while. Keep learning, keep evolving, and look at the glass half full instead of half empty.”