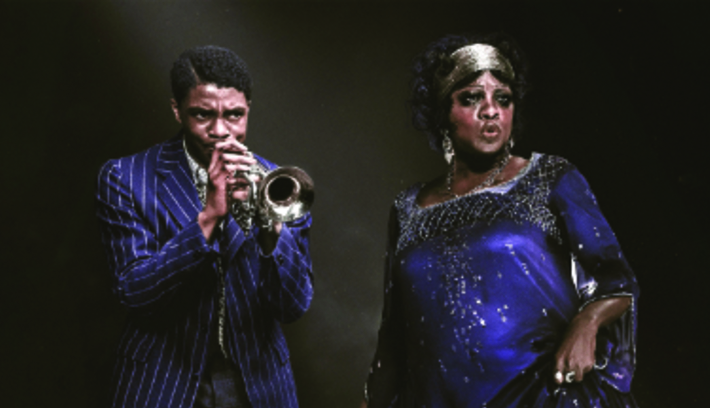 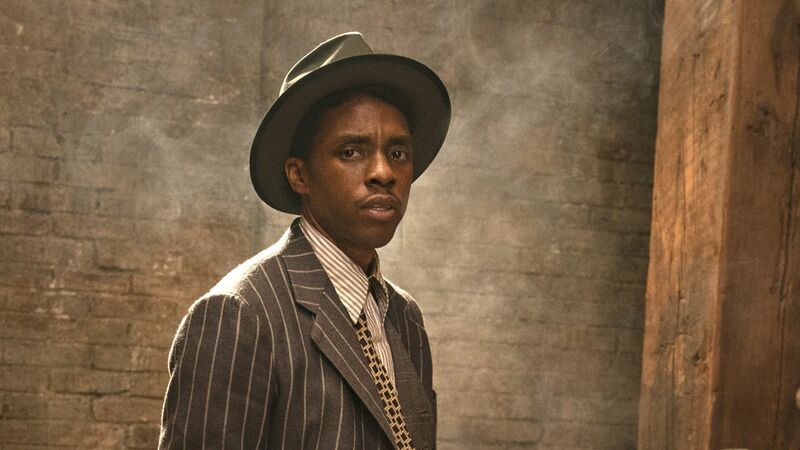 However, Levee quickly faces the cold reality that changing arrangements of the “Mother of the Blues” Ma Rainey’s (Academy Award® winner Viola Davis) song is a career ending mistake. Viola Davis’ performance of the runny makeup, fire-breathing diva is equal to, if not surpasses Chadwick Boseman’s own performance as the slick-talking Levee. 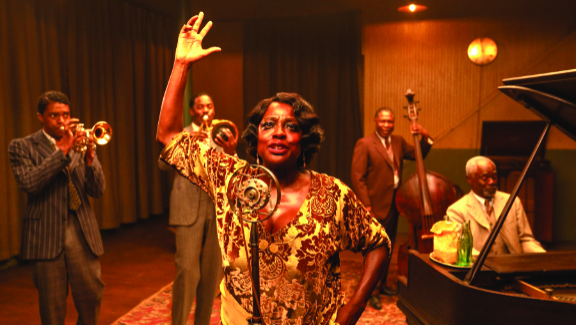 The set piece takes place during a recording session where the Ma Rainey’s four musicians are waiting for her arrival. When fiery Ma shows up late, she makes no apologies, demands three Coca-Colas and tests the will of her white producers. Ma knows her worth and controls her music. She doesn’t yield an inch when it comes to including her nephew in the recording session, getting paid in cash, or signing the release of her recorded songs. 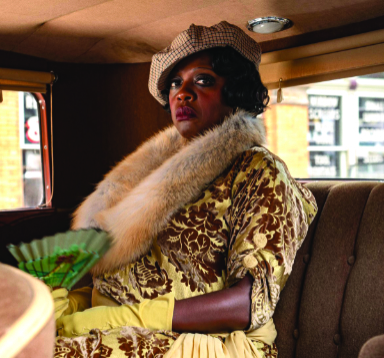 Of course Ma’s demands only add to the tensions and temperatures than have been already seething within the band, thanks to Levee wanting to play his own style of blues and form his own band. He’s even written several songs that the white record producers have verbally committed to recording, but have no intension of honoring.

Confrontations between the band members build in the scruffy rehearsal room, and inevitably spill over into the recording studio session.

For a brief moment, Ma Rainey’s Black Bottom seemed like a Hollywood musical where there’s an epiphany and Ma’s music will change and give the people what they want – a phrase her manager keeps bantering about. However, playwright August Wilson deals with realistic portraits, not fairytale endings and characters.

Ma Rainey’s Black Bottom is part of Wilson’s Pittsburgh Cycle a 10-play collection punctuating realistic black lives in their time periods, not just contrived Hollywood cardboard cuts outs. Adapting characters from the stage to film relies on an abundance of speeches for background and character development, which is masterfully handle by director George C. Wolfe and screenwriter Ruben Santiago-Hudson.

Producer Academy Award-winner Denzel Washington (who directed the 2016 film of Wilson's Fences) said recently on CBS Sunday Morning he's glad to be in a position to bring Wilson's stories to audiences beyond Broadway, and the notion of doing 10 films did not seem overwhelming.

"No, it was what's left for me to do, professionally?" Washington said. "This is perfect, you know? It's not hard. It's a joy, it's an opportunity, and it’s a privilege, really, to shepherd [this] material. You know no pressure. The pressure's not on me. The pressure is on the filmmakers."

It’s worth to mentioning that Boseman’s and Davis’authentic performances are Oscar worthy. Let’s hope the academy remembers during Oscar time. Veteran actor Glynn Turman is a welcome addition to the cast as one of Ma Rainey’s musicians along with Colman Domingo and Michael Potts. It is an amazing ensemble. 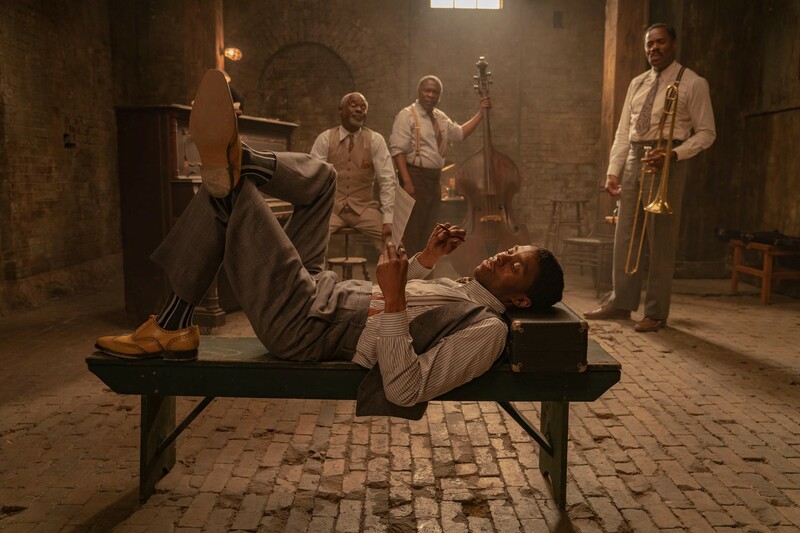