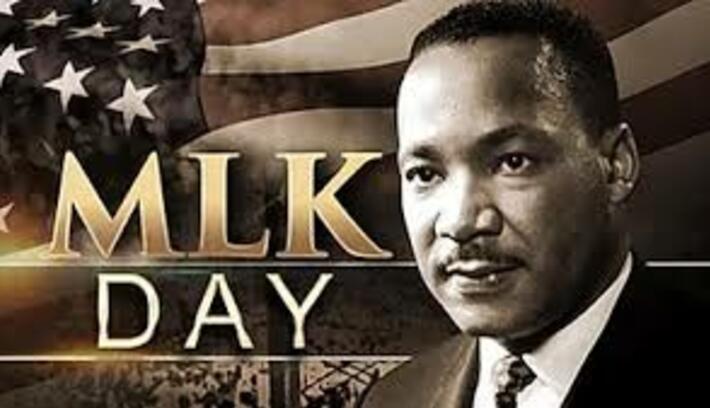 Is King’s Dream Of Peace Still A Possibility? Why Many Leaders Remain Encouraged

Is King’s Dream Of Peace Still A Possibility?

Why Many Leaders Remain Encouraged

As we pause and reflect in celebration of Dr. Martin Luther King, Jr.’s holiday this month, America is still reeling from a year of massive nationwide protests against systemic racism and the recurring incidents that caused these unprecedented uprisings.

Some 75 American cities were set ablaze this year reverberating from George Floyd’s execution on the streets by police. The images are eerily reminiscent of 1968. Many police officers today, as in the past, brutalize innocent bystanders and protesters with tear gas, pepper spray, rubber bullets, flash-bang grenades, and bean-bag shotguns.

King’s name is being invoked as if it were somehow a tranquillizer against the violence we are witnessing. His well-documented commitment to peaceful solutions continues to be his most enduring legacy. However, the dream continues to be unfulfilled. White Americans both then and now act as if nonviolence should only be practiced by Blacks and the poor.

King’s call for racial peace acknowledged the tremendous depth of the nation’s racial and economic violence. He launched the Poor People’s, in essence the first Occupy Movement, to expand his vision of eradicating poverty in the world’s richest nation. 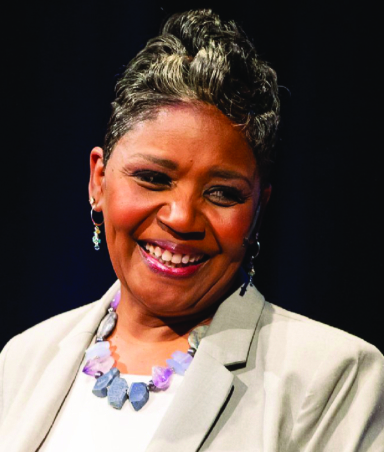 Dr. Nita Mosby Tyler is a community leader who believes that King’s dream is within reach.

“Much of what is occurring in today’s social climate is we are experiencing the last gasps of white supremacy and all of the other associated factors that come with a country mired in power structures built around whiteness, male-ness, heteronormativity, and xenophobia/anti-immigrant sentiments,” Mosby said. “When these power bases are dulled, we see exactly what we are experiencing today – a fight to maintain the status-quo. I believe Dr. King would be naming this in much the same way as I am.”

Mosby remains optimistic. More than 50 years after King’s death, she can’t help but believe that the civil rights icon would hold close to his heart the notable progress that has been made in this country, while being equally as troubled by the residuals of our discriminatory past that are not yet tackled.

“Throughout this moment and movement, I have never lost hope. Many of us don’t realize the heightened national temperature is an expected part of doing equity work,” Mosby insists. “When you work to dismantle, deconstruct or reimagine systems, there is a fight. Human beings like to hold on to what they know, even if what they are holding on to isn’t all that great. Also, inclusive and equity-centric leadership matters. For systems of equity to occur, we must have credible, prepared and equipped leaders at every level of decision-making in our country – from government to corporations to philanthropy to nonprofits. Everyone will need to have a racial equity lens for this to work. We cannot continue to politicize lives,” she explained

King identified four features that are essential for both doing and being peaceful: justice, love, interconnectedness, and the practice of nonviolence.

King pointed out that the initial step in loving our enemies is developing and maintaining the power to forgive. He said that forgiveness is the catalyst for producing the environment needed to begin anew. He clarified his position saying, “Forgiveness does not mean that you discount what has happened, but it removes it as a barrier to creating a better relationship.”

He further explained that:

We love because returning hate for hate amplifies hate.

We love our enemies because love is the only force capable of transforming an enemy into a friend.

We must love our enemies, because only by loving them can we know God.

King identified justice as an indispensable ingredient of peace. His drive for justice involved not just racial equity but expanded to include economic justice. His Poor People’s campaign held that as a central tenet in his desire to eradicate what he termed the triplets of despair: poverty, materialism, and militarism.

He insisted that by relating to one another we achieve a connectedness and a greater sense of peace. He encouraged us to embrace the extended world community and recognize that we are all part of the same human family.

He famously said, “We must learn to live together as brothers, or we will perish together as fools. We are tied together in a single garment of destiny, caught in an inescapable network of mutuality. What effects one directly, effects all indirectly.”

In his autobiographical essay, King laid out how nonviolence operates. His so-called six basic principles of nonviolence were outlined as follows:

Nonviolence is not for the weak. It takes self-discipline, control, and courage than responding in kind. It is defined as active non-violent resistance to evil and is ultimately the way of those with incredible strength.

The goal of nonviolence is not to defeat or humiliate. It remains keenly focused on the humanity of those who oppose you.

It is directed against the forces of evil and not against persons who happen to be doing the evil.

Nonviolence presents a willingness to accept suffering without retaliation. This is possible only through the power of forgiveness, which allows suffering to be transformative.

Nonviolence does not contradict. It is void of both external physical violence and internal spiritual violence.

Nonviolence, he said, is based on the conviction that the universe is on the side of justice. In a famous quote, he stated, “The universe arcs towards justice.” Those who practice nonviolence must possess a creative force that aspires towards universal wholeness. 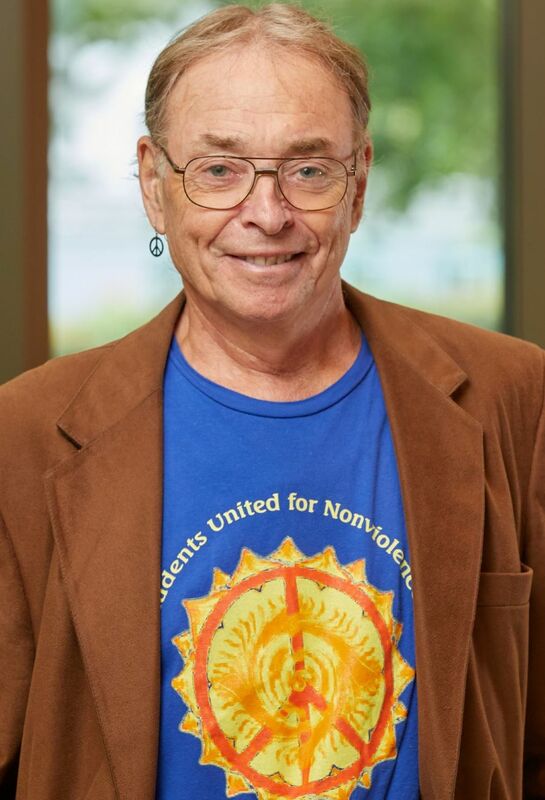 Tom Hastings, Director of the PeaceVoice Program at the Oregon Peace Institute, said he believes that King would be pushing for action and opposition to the violence in today’s reality.

“I believe Dr. King would be offering wise counsel and likely try to help white ministers understand that silence is violence. I also believe he would be trying to help make the post-George Floyd murder uprising maintain nonviolent discipline in order to be more effective,” Hastings said.

Hastings also said he believes that MLK would still be a force for global change.

“He would counsel all of us that the least sustainable resistance is violence, since it makes the masses of white people afraid, and fear drives repressive violence. To work to reduce and ultimately eliminate racism, Dr. King would be stressing how strategic, not merely moral, it is to use robust assertion, not aggression, and that seeking the Beloved Community is the path to long-term prosperity, equity, and societal stability,” he said.

But for Dr. Mosby, having grown up in Atlanta with a front seat to civil rights history, King’s relevance could not be more pronounced today.

“I was raised in Atlanta, Georgia and grew up seeing and experiencing the commitment to and advancement of justice work around me,” Mosby said. “The pastor of my church was Rev. Dr. Ralph D. Abernathy, the chief partner of Dr. King in the Civil Rights Movement. It was commonplace for me to be in the presence of these leaders.”

According to the Peace Alliance, a Washington, D.C. based organization that works for domestic and international peace building; violence only ends up defeating itself. The organization aligns its mission to one of MLK’s most prominent quotes: “Violence is impractical because it is a descending spiral ending in destruction for all. It is immoral because it seeks to humiliate the opponent rather than win his understanding: it seeks to annihilate rather than convert. Violence is immoral because it thrives on hatred rather than love. It destroys community and makes brotherhood impossible. It leaves society in monologue rather than dialogue. It creates bitterness in the survivors and brutality in the destroyers.”

Yet for Mosby, it all comes down to our ability to find grace.

“National unity will come because we have held grace as our nationally espoused value. This is a value that allows us to be direct, do the most important work, hold each other accountable,” Mosby expressed. “Yet, we do it without having the constant pressure of being judged and critiqued at every step. Grace opens the door to understanding. Understanding opens the door to change. Even Dr. King told us that.”