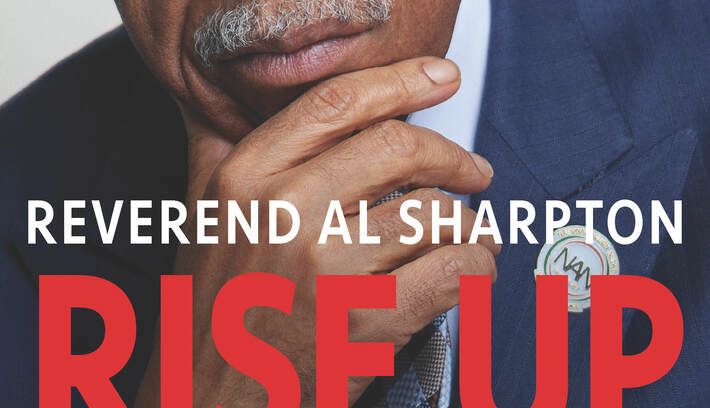 For many Black Americans, he is next to a Messiah. For many non-Black Americans, he is thought to be an agitator, riling up already uncomfortable societal quagmires that are better left swept under the rug. Media image aside, Rev. Al Sharpton is neither of these things. Raised by a single mother in working class Queens, New York, he developed a passion for civil rights activism as a pre-teen. He began marching alongside Reverend Jesse Jackson and other prominent civil rights activists at the tender age of 13, seeking to progress the legacy of Dr. Martin Luther King Jr.'s message of civil disobedience and taking the high road to equal rights under the law for Black Americans.

As the years progressed, though the American civil rights movement has remained something of a moving target, much of the fight has landed at Rev. Al Sharpton's doorstep. Families of victims of police brutality, fatal racial discrimination and other hate crimes come to him in their quest to gain the media attention they need to enact criminal justice and legislative reform on behalf of their loved ones. The powerless and voiceless look to Rev. Sharpton to get their voices heard. As Sharpton, himself, put it to me during our conversation, "People have called me an ambulance chaser, but we are the ambulance." He is referring to victims' families who have been helped by Sharpton's National Action Network (NAN), providing everything from the media attention these families need to pressure prosecutors to take action towards justice, to gaining the attention of congress for policy reform, as well as emotional and financial support in some instances.

Now, with his new book “Rise Up: Confronting A Country At The Crossroad,” Reverend Al Sharpton outlines his unrelenting position on the weightiest political and societal issues of our time, recounts some hard lessons learned, and offers an inside glimpse into the mentors who shaped the man we see today. Most importantly, Rev. Sharpton outlines his plan for an America at the crossroads.

Allison Kugel: In light of recent news in the Breonna Taylor case [when no criminal charges were filed in her death], what was your first reaction when you heard that decision?

Rev. Al Sharpton: It was alarming, but not surprising. I didn’t have confidence in the investigation, because of the obvious policies of the prosecutor. The prosecutor guides the grand jury and there is nobody in there besides the prosecutor, who is a protégé of Mitch McConnell. I did not think that he was going to do anything. I did feel that the indictment of the other officer, [Brett] Hankison, for the endangerment of everybody but Breonna was just as offensive. What they are saying is that he was reckless in who he was shooting at and putting others at risk. What about who they shot, and her being at risk? It is one of the reasons why we do what we do, in saying there needs to be new laws.

Allison Kugel: Many people believe that you just show up wherever the action and media attention is. However, you and National Action Network (NAN) bring national attention to cases like Trayvon Martin's and George Floyd's murders. Without your hard work, the world wouldn't know the names of Trayvon Martin or George Floyd. Why is that?

Rev. Al Sharpton: A lot of the media just won’t say it. Attorney for the Floyd family Ben Crump and the families have said it. In fact, Breonna Taylor’s mother's first interview was on my show, MSNBC's "Politics Nation." Ben Crump brought Sybrina Fulton to New York to ask me to blow up Trayvon [in the media] who had been buried for two weeks. I didn’t even know about Trayvon until they came and met with me in my office. We made it an issue and called the first rally and had about 10,000 people there. It ended up being the day my mother died, and I went ahead with the rally anyway. I have an infrastructure where we support the family. We help them get legal advice and media advice, and we stay with them. Sometimes people can’t cover their expenses if they need to do a rally. Some of them need to pay their rent, and NAN helps with that. They call us because they know we'll come.

Rev. Al Sharpton: I think you should be an activist, but you are absolutely right.  It’s a matter of will and a matter of using the intelligence we claim to have, to distribute things more wisely, and to make people the priority rather than greed and ego. It's a decision that we throw out food and not feed everybody. There is enough food for everybody. It is a decision to allow the water and the air to be polluted for people's profit. We can clean up the air and the water. That is a reason I’m saying we need to Rise Up in my new book which does not just deals with Blacks. I deal with climate change. I deal with LGBTQ rights. Across the board, we can be better than this, but we are not rising up and demanding these things.

Allison Kugel: With the worldwide protests that erupted after the murder of George Floyd, what do you ultimately see resulting from all the protesting?

Reverend Al Sharpton: Legislation is one, but the overall result should be how we as a culture redefine policing and move past police being above the law while questioning the actions of some police is thought to be anti-police. I think legislation can enforce this, or we need a cultural shift. One of the reasons the Floyd case caught on the way it did is that it happened in the middle of a pandemic and everyone was in lockdown. There were no sports, so people were watching the news to see what was happening with the lockdown. They kept seeing this footage over and over again, and they couldn’t turn to sports as a distraction. There was no distraction with George Floyd, and I think that caused an eruption. How could somebody press their weight with their knee on someone’s neck for more than eight minutes unless there was some venom there?

Allison Kugel: I believe everything happens for a reason. I love how you said that God chooses the most unlikely people to make the biggest impact on the world. George Floyd's story and his likeness will be passed down for generations to come. Has the Floyd family grasped the enormity of that?

Rev. Al Sharpton: Yes, we talk about it all the time, almost every day with his brother, Philonise, who does a lot of speaking for the family. I think they have begun to understand the impact. Their immediate reaction was they didn’t understand it, because they were suddenly thrust into something [public] while they were also mourning. As time has gone by and they see people responding to George and his image, they understand that maybe God used him as an instrument. I told them God absolutely used him as an instrument. Nothing but God could have brought it to this level, and you have to be at peace with that - and also set your responsibility in that.

Allison Kugel: I want to talk to you about Defund the Police. I read where you are not in favor of it, and I’m definitely not for it. Rather than defund the police, I am of the mind that some funds should be reallocated towards programs for compassion, empathy, tolerance, psychological competency, and things like that. What are your thoughts?

Rev. Al Sharpton: I think that we should redistribute how we do the resources like dealing with some of the things you outlined. A month after we did the eulogies for George Floyd, I did a eulogy for a 17-year-old kid killed by a stray bullet in the Bronx, and a eulogy for a one-year old baby that was killed by a stray bullet in Brooklyn. How can we say we don’t need policing when our communities are disproportionately victims of crime? We are the only community that has reasonable fear of cops and robbers. I think we need to reallocate how we deal with the funds for police. We must have police in presence because right now we are inundating our communities with guns and drugs, and that is reality. Ironically though, I think what people don’t understand, Allison, is the one who has defunded the police is Trump. By Trump ineffectively handling COVID-19, most of these cities are going to be in a deficit and will be laying off police. That is a bigger threat. They have run out of funds. They are laying off teachers and policeman in some cities.

Allison Kugel: There has been a lot of rioting and looting mixed in with peaceful protesting.  Your organization's famous slogan is, “No Justice, No Peace.” Do you want to clear up, for people, what you mean by that?

Rev. Al Sharpton: It means the only way we are going to have real peace, where we can live together as a society that respects each other, is to have justice. I don’t mean "no peace" in the sense of violence. I am absolutely, unequivocally against violence. I have denounced it everywhere and will continue to. As far as the two cops shot in Louisville, Kentucky, I think it is morally wrong. You cannot become like the people you are fighting. If you become like that, if you have the same values and the same moral code, they have already defeated you. At the same time, I think there’s a difference between peace and quiet. Quiet means just shut up and suffer.  Peace means let’s strive to work together even if we've got to march and make noise together to get an equal society for everybody.  That is what I mean by “No Justice, No Peace.”

Editor’s note: “Rise Up: Confronting A Country At The Crossroads,” by Reverend Al Sharpton is available everywhere books are sold. For more information, visit www.alsharptonbooks.com or www.nationalactionnetwork.net.

Editor’s note: Allison Kugel is a syndicated entertainment and pop culture columnist and author of the book, Journaling Fame: A memoir of a life unhinged and on the record. Follow her on Instagram @theallisonkugel and at AllisonKugel.com.