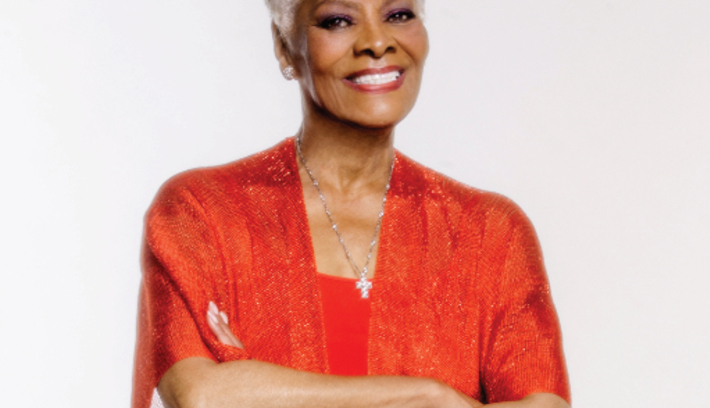 Legendary Songstress Dionne Warwick Is Back 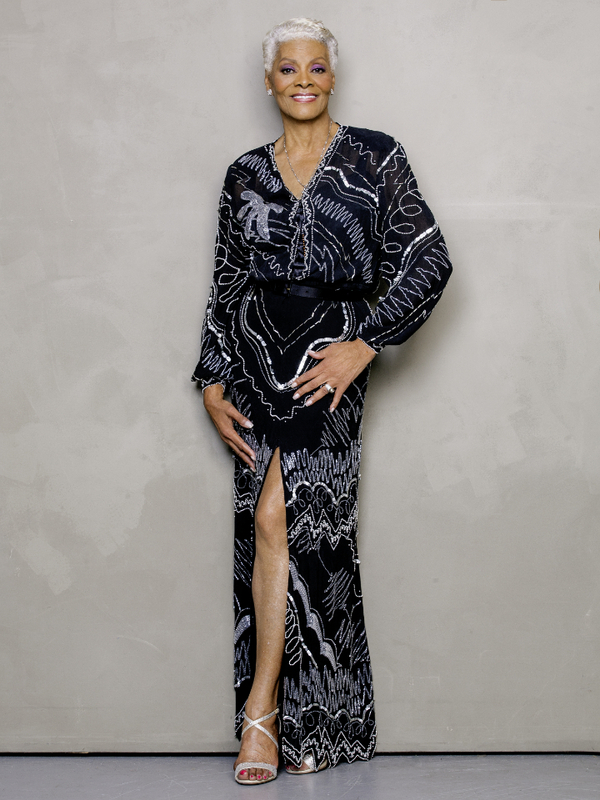 Dionne Warwick has been a force in the music industry for nearly 60 years. Although she is best known for her long list of pop and R&B standards, she also has a robust portfolio of movie, television and documentary credits to her name.

Her latest album titled, “She’s Back,” marks her 38th full length studio recording and landed at number five on the R&B charts. And while her fans may not see her every day, the soon to be 80-year-old, multi-talented artist maintains a schedule that would exhaust the average 20-year- old.

Most recently she has appeared as “The Mouse,” on the whimsical and popular FOX reality singing competition, a surprise appearance with long-time gal pals Patti Labelle and Gladys Knight on their epic Verzuz battle and an extended Las Vegas residency at Caesar’s Palace before the COVID-19 crisis.

By all appearances, she seems to be having the time of her life.

“I love what I do and I’m having a great deal of fun,” she says. “I am often surprised that this current generation knows my songs. I think I owe that to their parents and grandparents.”

Her soulful sound has earned her widespread appeal and garnered more awards, recognition and honors than we can possible list. Most notably, however, are her six Grammy Awards and nine additional nominations including a Grammy Lifetime Achievement Award in 2019.

Like most performers, she has had to contend with a series of show cancellations in the wake of the coronavirus. Her schedule included nightly appearances in Las Vegas and shows in Hawaii as well as throughout Europe. She is still tentatively slated to perform in Sweden, Denmark, Switzerland, Germany, Belgium, the Netherlands and the U.K. in 2021.

But for Warwick, the hiatus has not been all bad.

“I have had a chance to actually enjoy my home in ways that I have not been able to in years,” she says. “To be able to sleep in my own bed every night has been wonderful.”

Most recently, she was presented with the Silver State Equality Award by Nevada’s LGBTQ+ civil rights organization. The award was accepted virtually due to the pandemic. The program was live streamed on Facebook, Twitter and YouTube on October 20.

She has been recognized by virtually every musical entity on the planet, including the American Music Awards, People’s Choice, NAACP Image Awards, RIAA (Recording Industry Association of America), R&B Foundation, ASCAP (American Society of Composers, Authors and Publishers), The Trumpet Awards, and the Women’s World Awards, among others.

Her collaborations over the years read like a Who’s Who in the music industry from her early work with Burt Bacharach and Hal David to the groundbreaking hit “That’s What Friends are For” in 1985 with Gladys Knight, Stevie Wonder and Elton John. The effort raised millions for the fight against AIDS.

Like many African American singers, Warwick got her start in the church. She hails from a musical family. Her father was reportedly a gospel promoter and her mother managed the then, renowned gospel group, the Drinkard Singers.

In 1962, she released her first single, “I Smiled Yesterday,” with the more popular B side single, “Don’t Make Me Over,” written and produced by Bacharach and David.

The single met with a good deal of success after which she embarked upon a worldwide tour. During this period, she recorded her top 10 singles, “Walk On By” (1964), “I Say a Little Prayer” (1967), and the theme from “Valley of the Dolls” (1968), which reached number two on the Billboard pop chart and boosted her career into overdrive.

She earned her first Grammy Award in 1969, as Best Female Contemporary Pop Vocal Performance for the hit, “Do You Know the Way to San Jose.” A couple years later she won her second Grammy in the same category for “I’ll Never Fall in Love Again.”

Her 1974 collaboration with the Spinners, “Then Came You,” was a chart topper. That popularity would continue with the release of hits like “Déjà Vu” and “I’ll Never Love This Way Again.” These hits won her Grammys for Best Female R&B Vocal Performance and Best Female Pop Vocal Performance.

Warwick entered the 1980s as popular as ever with the global success of “That’s What Friends Are For,” which secured her fifth Grammy.

As the millennium turned, she continued to record her releases including the 2008 gospel album, “Why We Sing,” along with two collections of duets, “My Friends & Me,” collaborating with artists like Reba McEntire and Cyndi Lauper. In 2014, she teamed with Jamie Foxx and Cee Lo Green to record “Feels So Good.” And most recently, she re-emerged at the top of the R& B chart with her hit, “She’s Back.”

Her portfolio is so extensive that this entire article could be dedicated to listing her recordings alone. Here is a mere, brief snapshot of her early hits.

Warwick reportedly sold an estimated 35 million singles and albums internationally in less than nine years and more than 16 million singles in the U.S. alone. It is estimated that these figures are underestimated due to the practices of her label of not reporting all data to the RIAA during audits.

Her first television special, was launched and broadcast on CBS in 1969. She even owned her record label, Sonday Records, founded in 1970. When Warwick joined Warner Brothers Records in 1971, she signed a $5 million contract. At that time, it was the largest contract signed by a female artist.

Most of her long-time fans will remember her hosting the two-hour television show, “Solid Gold” in the early 1980s. The program was so successful that it became a weekly show. Warwick hosted the program during its 1980-1981 and 1985-1986 seasons.

It was also in 1985 that she and her friends recorded “That’s What Friends Are For,” for the American Foundation for AIDS Research. The single, “Dionne and Friends,” raised more than $3 million for the cause. It was also a triple number one on the R&B, Adult Contemporary and Billboard charts.

"Working against AIDS, especially after years of raising money for work on many blood-related diseases such as sickle-cell anemia, just struck me as the right thing to do. You have to be made of stone not to want to help people with AIDS, because the devastation that it causes is so painful to see. I was so hurt to see my friends die with such agony," she says.

The song would also win Song of the Year and another Grammy for Best Performance by a Duo or Group. It was listed as Billboard Magazine’s most popular song in 1986. The year prior, she lent her extraordinary vocal to the multi-Grammy Award-winning hit, “We Are the World,” along with other world-class talents like Michael Jackson, Ray Charles, Diana Ross, Bruce Springsteen and Lionel Ritchie. The song was certified four times platinum and spent four weeks at #1 on the Billboard Hot 100 chart.

The list of awards and recognition are virtually endless. Even her most ardent f 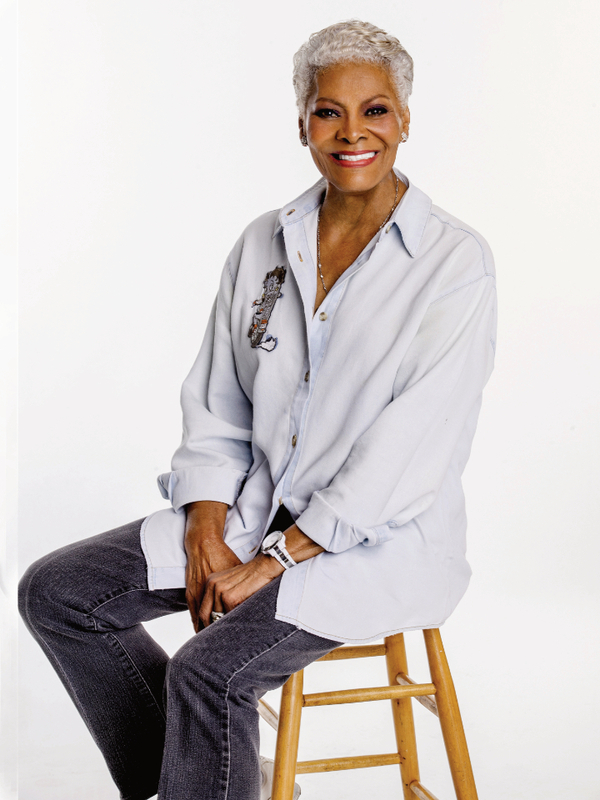 ans would be surprised at the extensive list of accomplishments by this renowned artist. She has been named Bestselling Female Vocalist, Top Female Vocalist and Woman of the Year.

By the mid to late 1960s, the days of white artists performing covers of music by Black artists seemed to be over. However, there was a moment when recording executives in the U.K. suggested that Dionne’s music should be recorded by other artists—specifically white artists. And there have been other times throughout her career that she met with serious challenges but always faced them with a sense of resolve and professionalism.

Today, the mega-star singer, actor, business executive shows no signs of slowing down as she approaches her 80th birthday this December.