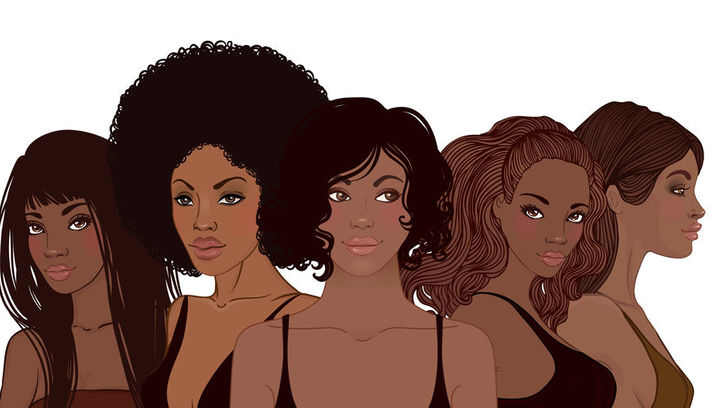 Wonder Women: Forces to be reckoned with!

Wonder Women: Forces to be reckoned with!

With the upcoming presidential election between Donald Trump and Democratic candidate

Joe Biden, four women in Colorado have been working overtime to raise awareness about the election and sway voters to vote for the Joe Biden and vice presidential candidate Kamala Harris ticket. Harris is the first African American, the first Asian American, and the third female vice presidential running mate on a major party ticket. Danielle Kombo, Portia Prescott, Bianka Emerson and Latoya Petty have made it their sworn duty to make sure Colorado voters make the right decision on Nov. 3.

These four women have always been involved in Colorado politics. In fact, that

is how they met; crossing paths as their assistance was needed in attaining votes for the Biden-Harris campaign. “I met LaToya through the campaign and I’ve known both Bianka and Portia for some time. Both of those ladies have been involved in various levels of politics across the state and they are wonderfu

l sisters in the fight,” stated Danielle Kombo, the Women’s Voter Director for the Biden-Harris campaign. They all came from different places on the map, but somehow fate brought them together now working wonders.

Three weekly programs were developed and have been their focus in spreading the word to gain more votes for the Biden-Harris campaign: Make It Happen Mondays, Sister Circle on Sundays and the Shop Talk Program.

Make It Happen Mondays is an opportunity to highlight African American business owners and an opportunity to discuss the Biden-Harris Lift Every Voice Plan for Black America. This policy plan lays out key areas of business assistance and stability for Black businesses. They also discuss the loss of Black owned businesses that have suffered under the Trump administration. According to a Washington Post article, Black business owners have decreased more than 40% under the current administration and are slated not to return. Business owners all over Colorado are invited to join Make It Happen Mondays with special guests from 8:30 to 9:30 a.m. with hosts Denise Burgess and Victoria Scott Haynes.

Sister Circle, hosted by Portia Prescott and Gloria Neal, is an opportunity for African American wom

en to come together on Sundays and talk about issues that are important to African American women and the community. Sister Circle highlights the contributions of African American women, locally and nationally, and encourages women to continue to support the Democratic Party and the Biden-Harris campaign. “African American women have been the backbone of the Democratic Party for a number of years. We consistently vote and out-vote our counterparts,” said Bianka Emerson, the Colorado Coalitions Director Biden for President. Women are encouraged to participate in this virtual meeting from 1 to 2:30 p.m.

The Cuts and Conversations program is a virtual substitution for the Shop Talks that occur in barbershops locally and around the country. Attendees can discuss any issue of concern and seek answers to how the Biden-Harris campaign will address them. This is the place to go to get anything off your chest that has been bothering you. Unfortunately, you just can’t get a haircut. Men are invited to join in the virtual discussions on Fridays, from 5 to 6 p.m. This effort is being led by Broncos All Pro Wide Receiver Brandon Lloyd, Anthony Graves, and Vernon Jones Jr.

“We want to get voter engagement. We want to turn up the vote. We want a high African American turnout. We want everyone to feel like they are engaged. We want everyone in the community to feel like they have a voice,” said Sister Circle Coordinator Prescott. “If there are any concerns they may have that they want to bring to the leadership, they are welcome to bring them. And, we will help them understand why this is a very important election.”

“These programs were created to create honest, reliable communication. Real conversations with real people on a real grassroots level,” said LaToya Petty African American Outreach Coordinator. “I really hope to see people getting excited and seeing the opportunities. People seeing that there is a chance for us to move forward in a progressive way that is supportive within our community and also supportive within our country,” said Petty.

“We cannot have four more years of Trump. Look at the devastation, the pandemic, Black Lives Matter. I think if you’re not part of the solution, you are part of the problem. We wanted to come together to create something unique, bring our communities together and show our strength. We want everyone to know they are not alone,” said Prescott.

Donald Trump’s term in office has not been a highlight in American history. He has only focused on making one group of Americans happy and in the process has angered many others. Kombo, Prescott, Emerson and Petty’s goal is to change that by getting Joe Biden and Kamala Harris in the White House. Their collective power will not let them quit until they achieve that goal.  But, they can’t do it alone. They need community support from Colorado. These programs are just a few ways they are working diligently to garner that support.

Editor’s note: If you are interested in helping with the fight, supporting the campaign, or participating in the weekly programs call 720-617-7729