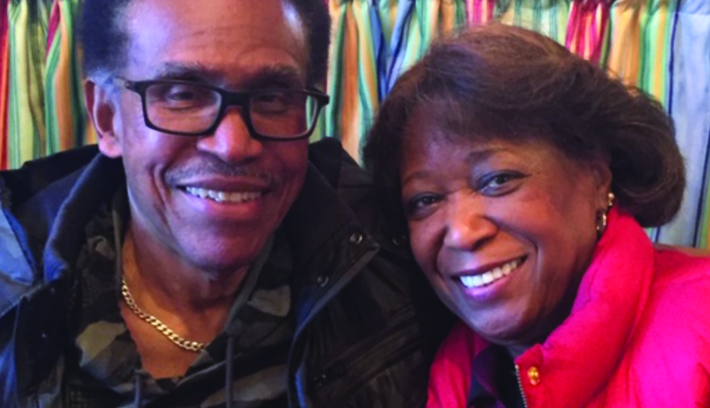 Elders Beseech Young Voters to Turn Out in Record Numbers

To suggest that the 2020 presidential race is the most consequential election of our lifetimes does not begin to do justice to the urgency of our need to vote.

It cannot be overstated that this is the election that could end the American democratic experiment as we know it if Donald Trump is in the White House for four more years.

The current administration is rife with fraud, deception, racism, hate and animus. The president and his minions are sabotaging the postal service, flooding social media with Russian-backed propaganda, promoting white supremacist conspiracy theories, threatening not to accept the results of the election, and refusing a peaceful transfer of power if Trump loses.

The president is fanning the flames of division in America that would make the likes of Bull Connor and George Wallace look more like the simple-minded, bigoted neophytes they were. The chaos that continues to ensue, as a result, could literally end the republic.

Trump is threatening to flood polling places with poll watchers in a brazen attempt to disrupt the voting process. Even worse, he is promising to encourage state electors to break ranks and ignore the popular vote when choosing the president.

What is clear is that this president will lie, cheat and steal in order to maintain power; the country and the will of the American people be damned.

The 15th Amendment to the U.S. Constitution, ratified in 1870, “prohibits the federal government and each state from denying a citizen the right to vote based on that citizen’s race, color or previous condition of servitude.”

However, while former slaves had finally won the right to cast a ballot, it did not mean that our ancestors would be welcomed at the polling place. Indeed, the opposite was true. They were often met by white mobs, intent on intimidating Black voters and vastly suppressing the numbers of Black folks who could successfully participate in the democratic process.

These practices lasted for nearly a century after the right to vote was granted. Now, these old tactics have reared their ugly heads yet again, given new life by the Trump administration.

This year’s election is now upon us—and so is the electorate that is charged with its conclusion. The intense weight and pressure of this election rests squarely upon the shoulders of young African Americans.

Demographics change gradually and we have arrived at a moment in time when voters of color will comprise as much as one third of the total electorate. This represents the largest share in history. Specifically, 1-in-10 eligible voters will be members of the so-called Generation Z. This group represents newly minted voters ranging in age from 18 to 23 for this election cycle. This, while millennials and older generations occupy a smaller share as eligible voters than they did even four years ago in 2016.

So, what do these generational political developments really mean? Younger African Americans have different opinions on political and social manifestations than do older generations of Black voters. However, Black millennials and members of Generation Z must understand that their current struggles, frustrations and aspirations are merely an extension of the foundation and work laid by the generations before them. What remains uncertain is how these generational voting proclivities will factor in this election?

Our future rests on who turns out to cast their votes. The Black voting population has remained steady at approximately 12% since 2000. That translates into just over 30 million eligible African American voters.

However, there is considerable concern as to whether younger African Americans will turn out in the numbers needed to change the course of the election. Older Black voters from the so-called Silent Generation (born before 1946), Baby Boomers (born between 1946-1964), and Generation X (born between 1964-1980) have been working hard to encourage their children and grandchildren to take their rights seriously. While these groups typically vote in large numbers, their percentage in the overall electorate continues to decline.

This year, millennials (aka Generation Y) and members of Generation Z will comprise almost 40% of the Black electorate, and the older generations are keen to impress upon them the reasons why they should not fail in exercising their right to vote.

For Geta Asfaw, CEO of Addis & Co., younger African Americans must never forget the sacrifices made to win the rights that they currently enjoy and many times are taken for granted.

“The fact that it is necessary to convince people about the importance of voting is very sad,” Asfaw said. “We have endured 250 years of slavery, 100 years of legal apartheid and only 50 years of full citizenship. At this moment in history, it should be fully understood. They must never forget that people died fighting to give you (younger African Americans) this right.”

By failing to vote, Asfaw insists, we confirm that we are content with the status quo.

“Even when you don’t vote, you really do vote because you reaffirm that you are happy with the current social, financial and political state,” he says. “We have the power to make significant change aro

und our homes and communities through voting. You don’t count if you don’t vote.”

In the wake of Supreme Court actions a few years ago, some older African Americans are worried that voting rights are in grave jeopardy. Eula Adams suggests that if we are not mindful, we could quickly revert to past discriminatory practices.

“The Supreme Court invalidated key provisions of the Voting Rights Act of 1965 in 2013. As a result, some states were able to reinstitute certain practices such as gerrymandering, voter suppression and others, thus limiting the Federal Government in mandating changes which would insure and protect voters’ rights,” Adams says. “In the absence of Federal Government intervention, we have seen in Georgia and North Carolina just how results of elections are impacted when it becomes more difficult to register or cast your ballot. So, if young African Americans have seen this pattern, they may become discouraged and feel that it is an uphill battle that’s not worth fighting.”

President Trump’s public threat to place “poll watchers” at polling places around the country seems all too familiar to Adams who grew up in the South.

“There is no doubt that in the South we had local officials assign police with dogs to stand around or near polling places to intimidate Black voters,” Adams recalls. “That is one reason I am very concerned when I hear President Trump say as he frequently does that he will send federal troops to states to ensure that elections are conducted properly. I see this as nothing more than reinstituting an intimidating tactic designed to discourage African Americans from voting.”

Failure on the part of younger Black voters to cast a ballot this year, according to Adams, may be the single greatest catastrophe of our time.

“Everything we hold dear is on the table. Democracy as we know it is being threatened by the president and his Republican enablers,” Adams warns. “Failure to vote may be the biggest failing in our lifetime.”

It is a familiar refrain from senior African Americans—that casting your vote cannot be a faint consideration this year. According to Mary Scott, President of the Urban League Guild of Metropolitan Denver, their generation has the most to lose.

“Their future is at stake,” Scott says. “They have to ask, is their current condition something they are willing to deal with on a regular basis? 2020 is a chance to change the

face of those who cause hatred, division and suppression – rid the lies.”

“The issues surrounding the diminishing of the Voter Rights Act have the potential to affect their motivation to engage in the voting process,” Manns says. “They need to know the issues, know the candidates’ positions, and listen to what’s not being said.”

She believes that the social unrest and peaceful protest across the nation can help encourage the younger generation to become more involved in the election.

“I think the racial unrest will help them to see the value in voting. But it takes all of us to interact with our young folks with the facts and thought-provoking conversations about the outcomes of the election,” she says. “Voter suppression is real, and they are doing it right in our faces and daring us to do something about it.”

But Joe and Alice Langley, both retired educators with doctorate degrees, say they are encouraged by young African Americans.

“It is evident as we see more and more of our youth marching and protesting,” the Langleys assert. “Young professionals from many organizations, like the Young Professionals of the Urban League, are doing online registration and working with other youth organizations to promote voter registration.”

And while they say that they understand why young Black voters might be turned off to the election process, they want the younger voters to know that their time to make a difference is now—and that they should not allow voter suppression efforts to prevail.

“The reason these are the top issues of concern for our youth is precisely because the current power dynamic in America doesn’t see them as a priority, and in some cases are overtly in denial that they are even an issue at all.  If the youth didn’t like three years of how Republicans treated these issues they care about – how do they feel about four more years?  This is their time to vote for change,” they insist.

The Langleys are adamant about young voters not allowing anything to keep them from the polls.

Yet, they do want the next generation to appreciate our progress while being mindful of the forces who want us to move backwards.

“This next generation of Black voters see this now, and they see the new voter suppression efforts just as sophisticated, and just as passive aggressive as they were when we were coming of age in 1965,” the Langleys state. “We lived with voter intimidation as a way of life growing up in Kentucky and the deep south of Beaumont, Texas. It was not uncommon to face voter intimidation of law enforcement at the polling sites, or arbitrary ‘tests’ to register to vote, or mis-information about polling locations or even dates of the election!”

So, despite your manner of casting your ballot—whether in person or by mail, the message from the community’s elders is crystal clear. No matter what, Vote!