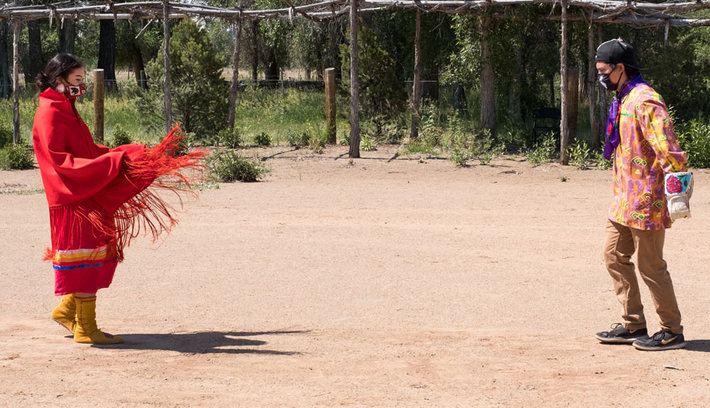 Among the Ute people, late Spring is the time for Bear Dance. They're annual events that run for several days and are open to both Native Americans and non-natives.

In recent years, hundreds of people attended Bear Dances in Ute communities in Colorado and Utah. But this year, because of COVID, they're limited to small, one-day ceremonies. The Southern Ute Tribe's Bear Dance was held June 12 in the town of Ignacio.

Native Braids is a co-production of KSUT Tribal Radio and Burke.

LISTEN to the STORY: https://www.ksut.org/post/spring-bear-dance-endures-small-one-day-ceremony#stream/0

This story was written and produced by KSUT in partnership with COLab, the Colorado News Collaborative — a nonprofit formed to strengthen local public-service journalism in Colorado. KSUT joined this historic collaboration with more than 40 news organizations to share in-depth local reporting to better serve Coloradans.