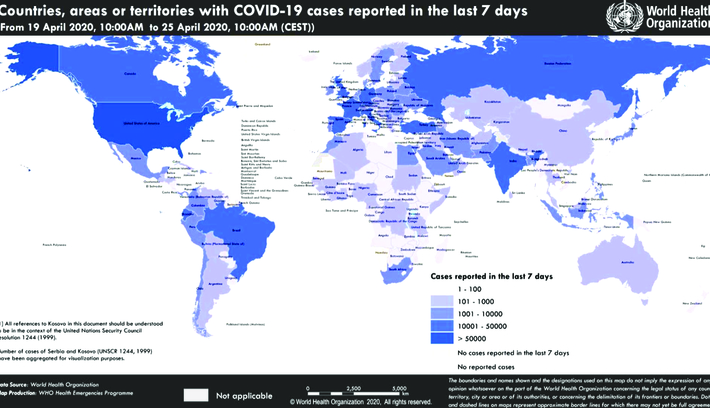 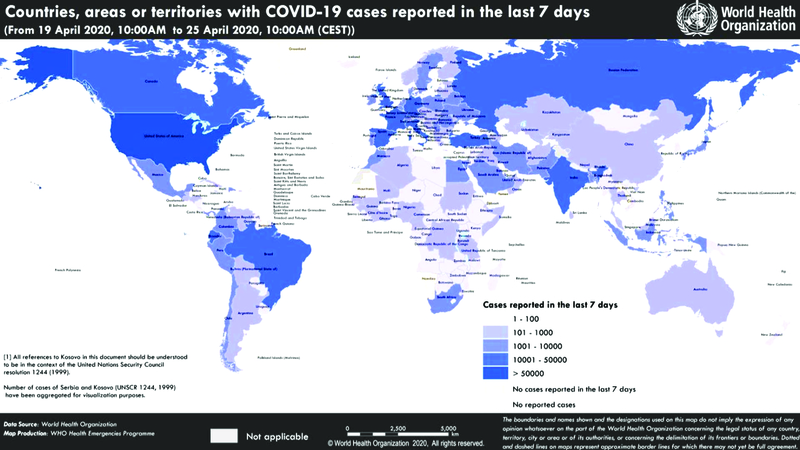 In 2015, in response to the global Ebola outbreak of 2014, President Barack Obama established the Global Health Security and Biodefense unit.

It was ostensibly designed to serve as an early warning system to address future viral outbreaks that could potentially threaten the nation.

In 2018, the team was dissolved with the top White House official charged with leading the nation’s response to a prospective global pandemic leaving the Trump administration. Subsequently, with the appointment of John Bolton as National Security Advisor, the lead NSC official, Tom Bossert, who called for a comprehensive biodefense strategy against pandemics and biological attacks also departed the administration.

It is arguable that by disbanding the global pandemics team established under Obama, the country was left vulnerable to this current viral plague. Covid-19 has spread throughout the country having claimed over 54,000 deaths with nearly 1,000,000 people infected (as of DUS press time for May 2020 edition).  Globally, there are almost 3 million cases reported with just over 203,000 deaths.

In December 2019, China reported an outbreak of, what was then called, novel coronavirus (2019-nCoV) and that it was spreading rapidly throughout Wuhan Province. The cluster of cases reportedly involved people who were associated with the Hunan Seafood Wholesale Market in the Wuhan, Hubei region. They suffered from intense symptoms of pneumonia and that person-to-person transmission had been evidenced.

It was in mid-January, 2020 when the first case of the virus appeared in the U.S. On January 19, a 35-year-old man arrived at an urgent care facility in Snohomish County, Washington expressing concern over a days’ long cough and high fever. He disclosed to hospital staff that he had recently returned from Wuhan, China. He also expressed concern that he recently learned of a health alert regarding a viral outbreak from the Centers for Disease Control and Prevention (CDC); and decided to seek medical treatment.

From the first indications of Covid-19 in December through late February the U.S. did not have any appreciable response to the impending outbreak. Initially, it was dismissed by president Trump as a “Democrat hoax” at a February 28 political rally in South Carolina. He further went on to downplay the seriousness of the condition comparing it to the common flu.

On January 22, 2020 Trump told the nation, “we have it totally under control…it’s going to be just fine.” And on January 30, 2020 the president said, “We think we have it very well under control. We have very little problem in this country at this moment—only like five cases. And all those people are recuperating successfully. But we are working very closely with China and other countries, and we think it’s going to have a very good ending to it. So that I can assure you.”

On February 24, 2020 Trump told us that, “the Coronavirus is very much under control in the USA…The next day the president said, “we have very few people with it and the people that do have it are getting better. They are all getting better. As far as what we are doing with the new virus, I think we are doing a great job.”

On February 26, Trump told the public, “and again, we have 15 people, and the 15 within a couple of days is going to be down to close to zero, and that’s a pretty good job we’ve job.”

Then, on February 28, Trump told the American people that “it’s going to disappear. One day, it’s like a miracle, it will disappear.”

Lulled into a sense of false security by the president, most Americans continued to conduct business as usual, seemingly unconcerned about the severity of the silent killer lurking within the very air we breathed.

For three weeks, as medical and scientific officials continued to warn of the potential of a global pandemic, the president, during a March 17 White House press briefing asserted that he never underestimated or underrepresented the seriousness of the Coronavirus to the American Public.

Since then we’ve been told that anyone who wanted a test could get a test. To date the U.S. has only tested approximately 1.5% of the population. We’ve been told that we should take an unproven drug called Hydroxychoriquine as a treatment. Most recently, Americans have been encouraged to use ultraviolet rays coupled with the ingestion of disinfectants—a remedy that is lethal to humans.

Our Local and State-Wide Response: Allowing Common Sense to Prevail

Here in Colorado, officials acted swiftly and the state ordered and received testing kits in early February but much to the dismay and disappointment of the state’s department of public health and environment, they did not function properly.

By the time the state received new kits on February 27, the virus had already taking its toll and begun wreaking havoc across the region.

Thus far, residents and law makers alike are giving Governor Jared Polis and Denver Mayor Michael Hancock a good deal of praise for their handling of the crisis in the city and state.

The March 16 decision by Polis to shutter businesses, bars/restaurants, close schools, cancel high profile events and order the population to shelter at home have indefinitely come with enormous, devastating consequences for the state and local economy--not to mention throwing hundreds of thousands of residents out of work with no end in sight.

The decision came hours after Denver Mayor Michael B. Hancock made a similar decision in response to Covid-19.

Hancock’s order of wide sweeping stay at home measures on March 24 meant that all non-essential businesses would be closed through April 10—that order has since been extended to April 30.

With the state slated to open the week of April 27, according to Polis in a recent CNN interview, all eyes will be trained on how officials handle the much anticipated economic re-opening.

The number of infections statewide appears to be moving in the right direction according to information provided by the department of health and environment. As of April 24, there have been 13,441 reported cases of Covid-19 including 680 deaths. There have been zero reported deaths throughout the state since April 23, 2020.

For communities of color the statistics reflect a disturbing pattern. African Americans, Hispanics and Native Americans are impacted in greater numbers than their respective populations both nationwide and around the state of Colorado.

Nationally, African Americans comprise approximately 13% of the population yet represent 28% of all Covid-19 deaths. For Asian Americans the numbers are 4.7% and 5.7% respectively. Hispanic Americans make up about 16% of the U.S. population and make up 19% of the deaths caused by the Coronavirus.

These communities are not only being devastated by the health toll of Covid-19. The impact extends well beyond medical considerations. The already struggling economies of communities of color will likely not survive this pandemic. In a recent DUS virtual meeting with community leaders, many explained in detail the impact of the virus on their specific areas of endeavor.

Concerns expressed from the leader of the Black Chamber of Commerce painted a dire picture of impending permanent business closures. Spiritual leaders foretold of the potential closure of many houses of worship throughout the community. Mental health professionals explained the long-term psychological ravages of Covid-19 with horrifying clarity and educational professionals voiced real apprehensions about minority students falling critically behind academically.

What has become clear is that no facet of our community will be spared the terrible after-effects of this awful disease that, in many instances, might have been avoided with effective national leadership.