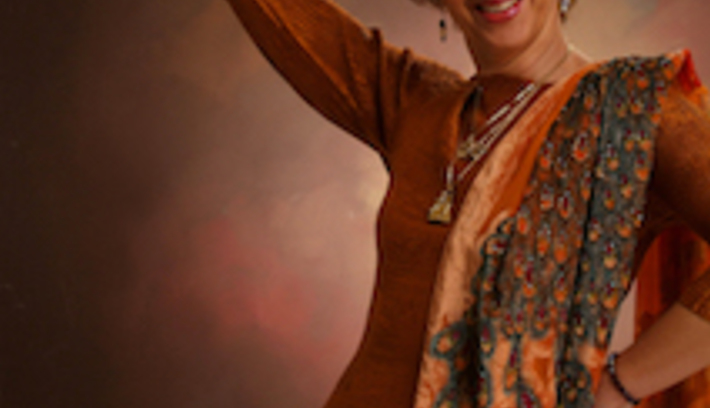 A woman who lifts herself and others is strong and noble. A woman who lights the flame in others to do so is a legend.  As we appreciate the many incredible women in our midst, we celebrate the legendary Cleo Parker Robinson, choreographer, founder, and artistic director of Cleo Parker Robinson Dance Studio in the heart of Denver, Colorado, which celebrates its 50th anniversary this year.

A Colorado native, Cleo Parker Robinson was born July 17, 1948 in Denver. When she was just 10 years old, Robinson had a traumatic experience that changed her life forever. Her kidneys shut down and a segregated hospital in Dallas, Texas did not admit her fast enough. This resulted in her experiencing heart failure. She was told that because of this, she would be bedridden for the rest of her life. Robinson rejected this diagnosis and made the choice to take her life back into her own hands. She transformed   this trauma into motivation, choosing dance as her outlet and vehicle for rejuvenation and expression. Not only did she overcome the pain within her body, but she challenged the racism she faced.

Robinson began teaching dance as a substitute at the University of Colorado Denver’s campus at the age of 15. After receiving her degree from Colorado Women’s College in psychology and dance, she began to travel and dance with famed institutions such as the Alvin Ailey Dance Center and Arthur Mitchell’s Dance Theatre of Harlem, as well as, working and learning from figures in the dance community like Katherine Dunham and Merce Cunningham. Robinson learned and grew from many experiences in her life and by 1970, had turned her passion into her professional reality, founding her own studio: Cleo Parker Robinson Dance.

This year, the studio celebrates its 50th anniversary of being a pillar for cultural expression and education, both locally and globally. Cleo Parker Robinson Dance is in the historical A.M.E. Church building located in the Five Points neighborhood. The organization consists of four elements: Cleo Parker Robinson Dance Ensemble, Theater, Academy, and educational programs. This past year, the studio served a total of 43,928 people through education and performance programs. The company was invited to the American Dance Festival and continues to be sought out to participate in international festivals and projects in countries such as Senegal, West Africa. The studio and programs utilize a variety of diverse instructors, styles of dance, and techniques for cross-cultural creativity and artistic development, garnering countless accolades and awards.

In 1974, just four years after the founding of CPRD, Robinson received the Colorado’s Governor Award for Excellence and shortly after in 1979, the Denver’s Mayor’s Award. Following in 1989, she had the honor of being inducted into the Colorado Women’s Hall of Fame and in 1994, the Blacks in Colorado Hall of Fame as well. By 1998, Robinson was invited to Washington, D.C. where she was appointed by President Clinton to the National Council on the Arts and out of the 14 members on this council, her voice was recognized as the only dancer’s. In 2006, Robinson was honored as “A Pioneer in Black Dance” by the Dynamic Dance Festival in Atlanta, Georgia and in 2010 she received the Dr. Martin Luther King Jr. Humanitarian Award from the Urban League of Metropolitan Denver.

While this list of achievements is abbreviated, one of the most important of Robinson’s is her passing of the baton on to her son, Malik Robinson. As someone who believes in ensuring the arts are passed on from generation to generation, Robinson practiced this belief within her own family. After graduating with a degree in African Studies from Regis University, Cleo Robinson immediately brought Malik into the studio as the development director.  He then became the booking manager and in 2014, he was officially named executive director. He continues to help strengthen the company to pave the way for the next 50 years of Cleo Parker Robinson Dance.

In their 50th year of operation, both Robinson and her studio are thriving and there is much to look forward to. The ensemble has been invited to a multitude of festivals and performance events and centers such as Jacob’s Pillow in Massachusetts. They are gearing up for their annual Dancing with the Denver Stars Gala in August as well as their fall show which launches in September, to be held at the Ellie Caulkins Opera House. The studio has also begun planning for the expansion of their campus in the form of a new wing, which will add 22,000 square feet of extra space by the summer of 2021.

As we appreciate Women’s History Month, the living and ongoing legacy of Cleo Parker Robinson reminds us to live by her philosophy: “One Spirit, Many Voices.” Whether that voice is spoken, offered in dance, music, praise, or any form of expression, it all lends to create a better, stronger community. And if we shout loud enough, those voices will be heard for generations to come.