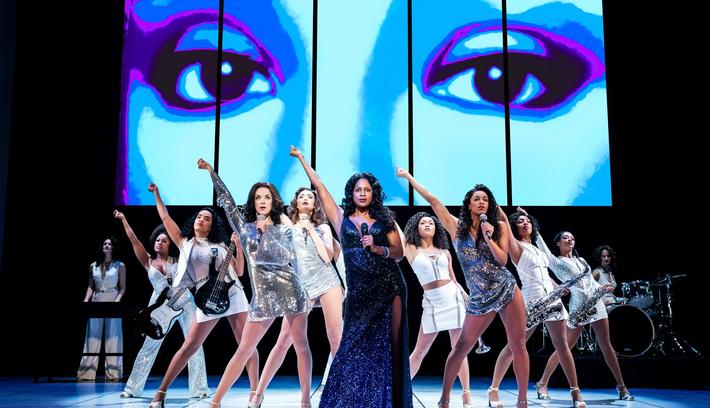 Summer: The Donna Summer Musical Brings A New Meaning To “Soundtrack of My Life”

Summer: The Donna Summer Musical Brings A New Meaning To “Soundtrack of My Life”

In an era when the lyrics to “Bad Girls” might offend, Summer: The Donna Summer Musical offers a little bit of everything. 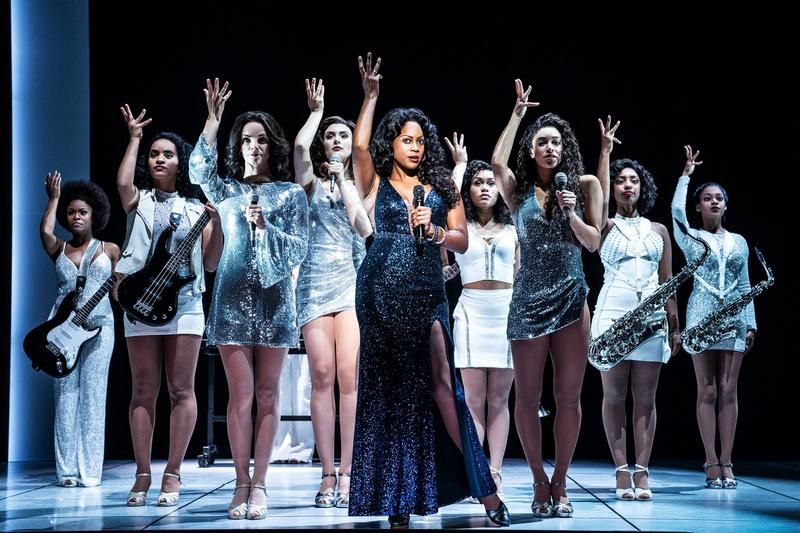 Celebrating the life of a disco diva can often feel like a bad Lifetime movie. Retelling the stories of a musical legend does not a biography make. But in Summer: The Donna Summer Musical, audiences get to see a deeper side of the Queen of Disco while jamming out to some of her greatest hits.

Based on the book co-written by Colman Domingo, Robert Cary, and Des McAnuff, Summer: The Donna Summer Musical is a stunning display of what happens when you push back against the barriers of life—and choose to toot toot your way to the top.

Hoping to see sequins galore, I entered the Buell Theater with faux fur in tow. As a disco fan born 20 years too late, the Donna Summer I know is synonymous with the sexy seventies. Raucous parties, mad love, and let's be honest: drugs. I was curious to see how these crucial cornerstones of the decade would be played out on stage.

Spoiler Alert: I was not disappointed.

From the moment the curtains parted, it was clear that Summer was far from just a musical. Instead, it verges on the concert of a lifetime, a fact made clear by "Diva Donna's" opening. Played by Broadway veteran Dan'Yelle Williamson, Diva Donna hit the stage and immediately connected with the audience, asking them to sing and dance along. Her request was met with oohs and ahhs, which carried on all evening. The energy from the crowd buzzed even harder when the synths and strobe lights started.

After an introduction to the dance floor and a statement in support of wage equality, we were off. Vignettes of Donna's face in blue transitioned us to Munich, Germany where "Disco Donna" lays down the infamous track, "Love to Love You." It's in Munich where we get the first few drug references and learn the story behind the Summer surname ("Summer, like the season: hot"). But before we can get comfortable with the disco moments, we get whisked away to where it all started: "Duckling Donna's" Boston childhood home.

This style of bouncing around the timeline of Donna Summer's life touched upon discoveries with religion, gender, race, love, family, interracial relationships, image, mental health, sexual assault, and domestic abuse. The beauty of how these serious topics were tackled lies in the music. Each song acts as a statement straight from Donna Summer's mind. From accepting interracial love in "White Boys," leaving an unhealthy relationship in "No More Tears (Enough is Enough)," and addressing the suppressed sexual assault in "Pandora's Box," the musical numbers in Summer gave a new meaning to the phrase, "soundtrack of my life." 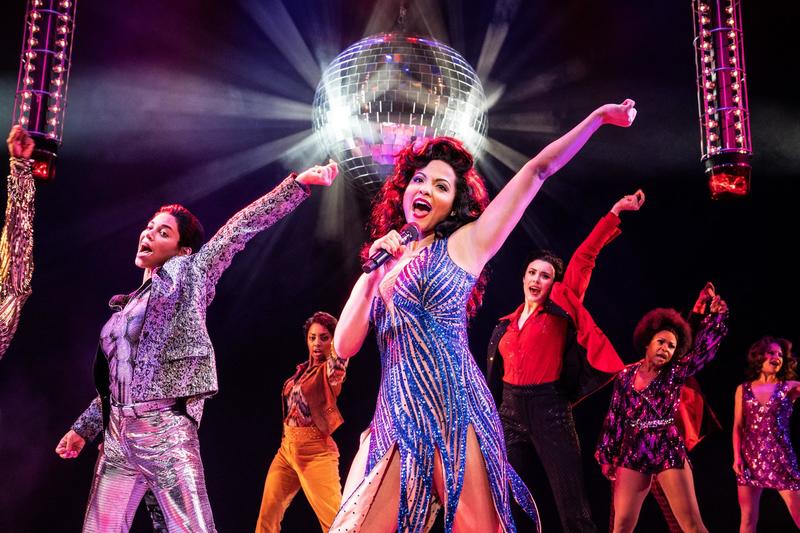 All the while, watching a stage full of brown and black women juke and jive, while the audience grooved with them, was life changing. At one point, during "Friends Unknown," the bright spotlights beamed upon Diva Donna (Williamson), giving her brown skin the look of brushed gold. As she belted out with passion, the crowd felt it, leading them to rise to their feet in applause. The show wasn't even over yet, but Williamson was brought to tears. That was the moment that everything felt real.

Editor’s note: Summer: The Donna Summer Musical is running at the Buell Theater at the Denver Center for the Performing Arts through February 9. Tickets and more information at denvercenter.org