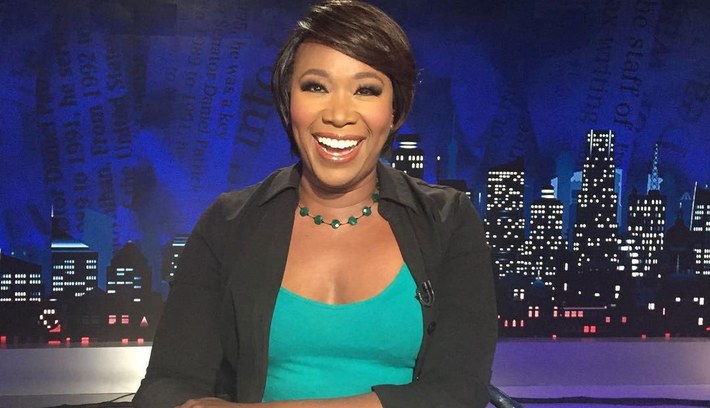 Rachel B. Noel was a champion for change, and this year, a distinguished honor named for her legacy will be bestowed upon the well-recognized cable television host, MSNBC correspondent and Denver native, Joy-Ann Reid.

Elected to the Denver School Board in 1965, Noel was the first Black American to be elected to public office in the state of Colorado. She was an educator, a politician and a civil rights leader, who became known for introducing the legendary “Noel Resolution,” a plan that was instrumental in desegregating the Denver School District in 1968. The times were rife with danger for Noel and her family, who constantly received harrowing threats from those opposed to integration, but she soldiered on and the indispensable resolution eventually passed in February of 1970. Her dedication to ensuring equal education for minority children is still celebrated today.

University of Denver), and was the founding member of the African American Studies program. In addition, she served on the Advisory Board of the U.S. Civil Rights Commission.

The Rachel B. Noel Distinguished Visiting Professorship was launched in 1981 to bolster diversity and inclusion at the Denver institution. The recipient will provide lectures, and will conduct classes and seminars for students and faculty of MSU-Denver and the Denver community at-large. Over the years, the esteemed professorship has been presented to leading scholars, artists, activists, political, civic and business leaders. Reid, best known for her career in media, is the 2020 Noel Visiting Professorship recipient, and will be presented with honors at programs scheduled on February 26 and 27 at Shorter AME Church and MSU-Denver’s Tivoli Turnhalle, respectively.

Reid is a Harvard graduate with a degree in Documentary Film. In 2003, she was honored by the Knight Center as a Specialized Journalism Fellow, and most of America knows her as the host of MSNBC’s AM Joy. She has authored several books, including “Fracture: Barack Obama, the Clintons and the Racial Divide,” “We Are the Change We Seek: The Speeches of Barack Obama,” and “The Man Who Sold America: Trump and the Unraveling of the American Story.” The Denverite’s respected media career is preceded by fond memories of her upbringing in Montbello on the city’s far north side.

“I have wonderful memories of growing up in Denver,” Reid says. “I distinctly remember birthdays at Casa Bonita, picnics in City Park, swimming in the neighborhood pool or playing tennis in the public park; checking into a local hotel for a family "staycation," church on Sundays and my sister competing in the Juneteenth pageant in Five Points. Montbello was literally that neighborhood where you could leave your door unlocked and you borrowed a cup of sugar from your neighbors. Our cousins used to come from Brooklyn and stay with us every summer and we had incredible adventures with the six of us kids trekking around a mountain resort or just hanging around the neighborhood and grabbing free lunch at McGlone Elementary School every afternoon.”

Reid recalls a Black community that was cohesive, supportive and where kids were always under the watchful eye of caring adults. “It was idyllic. Just on our block, there was a judge who lived next door to a plumber, a military serviceman and city workers” she says. “We lived in a context where Black meant success and where we drove our own destiny. It was a phenomenal thing to grow up reveling in.”

The life Reid enjoyed as a child was supported by community figures like Rachel B. Noel, who labored to make circumstances even better for Denver’s Black children; and as she prepares for the opportunity to be recognized for her own contributions, Reid expresses great appreciation for the work of her predecessors. “Being named the Rachel B. Noel Distinguished Visiting Professor is beyond an honor, for so many reasons,” she explains, “My mother, like Dr. Noel, was a college professor. Being awarded a visiting professorship that honors such an important educator and leader is something that would make my mom very proud, and making her proud has been my true life's work.”

The efforts of Dr. Noel impacted Reid’s family directly; her older sister, June Carryl, was a middle school student during the desegregation mandate in the city. “My elder sister, June Carryl, was one of the children bused to white schools outside of Montbello, starting when she entered seventh grade in the late 1970s,” she recalls. “By the time it was my turn to enter middle school, the Denver Public School System had chosen to erect a school in our neighborhood instead: the former Montbello Junior and Senior High School, instead of continuing to bus us out, making it clear that the resistance to integration didn't die in Denver despite the heroic efforts of civil rights leaders like Rachel Noel.”

While it was Dr. Noel who pioneered much of the change surrounding integration, Reid recalls many other unsung heroes from her educational experience and is grateful for the educators who helped shape her life. “Commissioner Noel's commitment to ensuring that Black kids like me and my sister and brother received an exceptional - and equal - education was something my mother shared.” Reid
explains. “Thankfully, the teachers who chose to be at Montbello; Black and white, shared it too.

Education is why I have been able to accomplish what I have. I was blessed with incredible teachers: history teachers like Mr. Dugue, who taught us the American History few are lucky enough to know; or Karen Fain, my indefatigable World History teacher, and more. I got to have English teachers who fed my love of reading by allowing us to delve into the works of Maya Angelou and Toni Morrison, and who took us to the theater to watch The Color Purple. We were encouraged to apply to every school; my sister and one of her classmates were the first from Montbello to attend Ivy League schools, and I was encouraged to try for them all: Harvard, Yale, the University of Denver and more, and actually got in!

My sister and I were shown the world via a scholarship to travel to Europe the summer of my junior year. Education broadened the scope and potential of my life, and for a nerdy ‘glasses kid,’ it made me feel important and invincible.”

Shockingly, the hard-fought gains of civil rights leaders who made such a fulfilling educational experience possible for Reid and her siblings may be in jeopardy, as both federal and state judicial systems have started to reject the enforcement of integration and the tenets of Brown V Board of Education.

“The Brown vs. Board of Education ruling turns 66 years old this year, and yet, a 2019 report released by UCLA and Penn State found that American schools, public and private, are more segregated than ever; almost as segregated as they were in the 1950s,” Reid warns. “Something has gone terribly wrong, both at the federal and state level, since we know that Black and Latino students are often not as lucky as I was to be well-educated and made to thrive in a barely-integrated school. In most cases, Black and Latino students are receiving fewer resources and a less-robust education, when they are separated from their white peers due to neighborhood and school segregation. This is a travesty, and it's not just immoral, it's holding America back.”

According the Reid, our community must exhibit the same kind of commitment Dr. Noel showed during her life and career. She believes that in addition to effective integration, we must demand more state and federal investment in the public school system, where the vast majority of children of color receive an education. Equal resources; well-trained, committed teachers who are paid well; and innovative programs are civil rights and a benefit to all children.

In addition to the slowly dismantling school integration policies, Reid is concerned by the apparent assault on Civil Rights legislation in this turbulent social climate, and her obvious passion seeps through every aspect of her career. Cut from the same mold as those like as Dr. Noel, with her hard-hitting journalistic style, Reid has an uncanny ability to expose the truth.

“We are living through a historic period of federal assaults on civil rights and state and federal rollbacks of civil and voting rights that might make George Wallace blush,” she says. “When the president of the United States bans people from traveling to the U.S. simply because they are Muslim, and seeks to bar trans people from serving their country in the military simply because of who they are; when his government steals and cages children and calls on police to "get tough" rather than show restraint, while excoriating citizens who stand up to police abuse by kneeling down, we are in a dark place.

America, the land of the immigrant, is now banning refugees. And superimposed above all the cruelty is a systematic denial of the right to vote, primarily directed at Black, brown and Native people; through arbitrary rules that make a mockery of what's left of the Voting Rights Act. The Supreme Court's decision to gut the Act – part of the backlash against Barack Obama's presidency – set the stage, and now, the current president's party is taking full advantage.”

Despite these challenges, the Black community has been confronted with far more grave conditions throughout our 400-year history in this country. Each time, however, we’ve turned to our younger generation’s creativity, innovation, passion and ability to clearly envision paths forward, while summoning the courage to act.

“I would encourage young people in Denver, and everywhere, to take from Dr. Noel the inspiration to lead. Dr. Noel was a pioneer,” Reid insists. “She wasn't afraid to be the ‘first’ and the ‘only.’ I would tell every young person to not be afraid to be the ‘first’ or the ‘only.’ She used her voice and embraced her power. I would say, use your voice and embrace your power. She was unafraid, as I would encourage every young person to be. And she treated education like a jewel, which starts as a mere stone in the ground but once worked at and labored at, is transformed into something beautiful and unspeakably valuable. That is what I hope that all young people can and will do.”

Since 1981, the Rachel B. Noel Distinguished Visiting Professorship events have served as opportunities to discuss many of the issues impacting the Black community and Black women, in particular. This year, Reid will be featured at the Bridge Speaker at the programs, which focus on increasing cultural competence, build social awareness and enhance academic enrichment, all while fostering diversity and inclusion. Denver is proud of the work Reid continues to do as a shining example of community leadership.