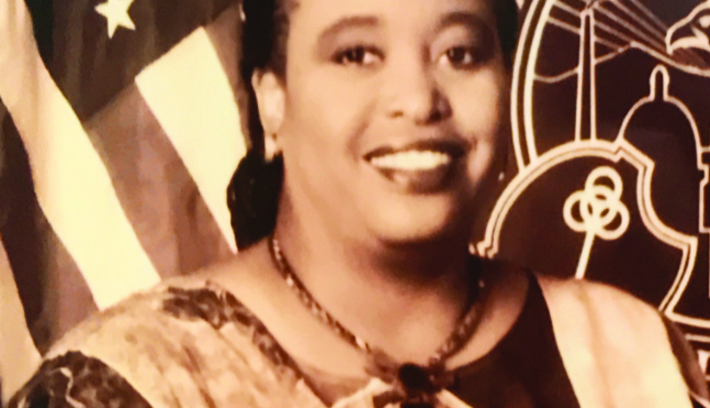 There are leaders and then there are those who blaze trails so bright that it becomes nearly impossible to emulate. 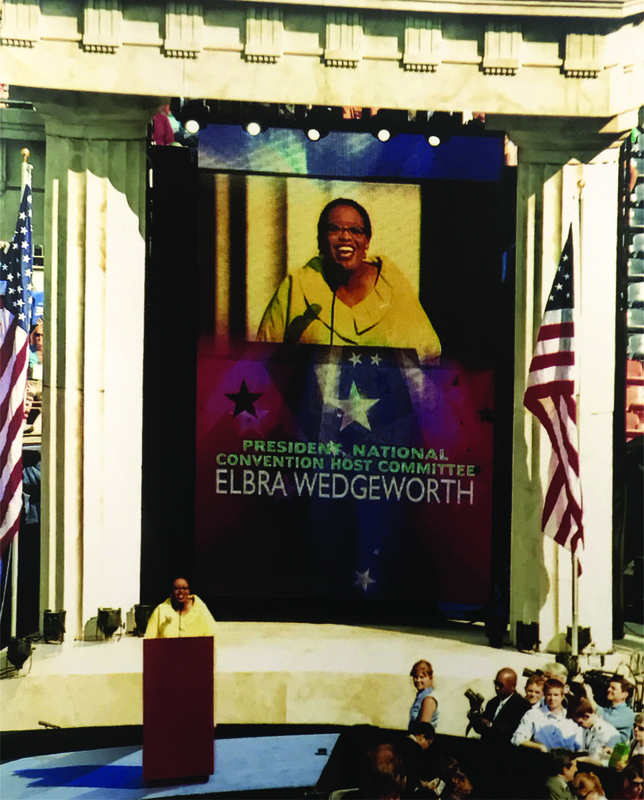 The lyrics from Frank Sinatra’s 1969 anthem, “My Way” seems to appropriately sum up her very diverse career: “So now the end is near, and so I face the final curtain, my friend I’ll say it clear, I’ll state the case of which I’m certain, I’ve lived a life that’s full, I’ve traveled each and every highway, and more much more than this, I did it my way!”

For the past three decades, Wedgeworth has been a central force in helping to guide Denver in its emergence from what many considered a sleepy “cow’ town, not so long ago, to one of the nation’s favored destinations. 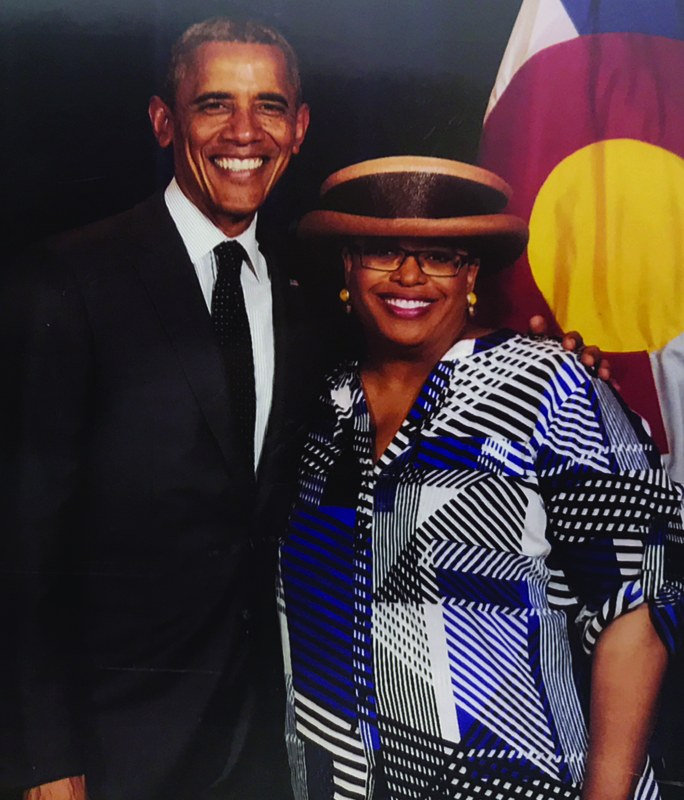 The quintessential public servant and her rise to power in the city is a testament that despite ones beginnings, we all can do anything we set our minds to. She was raised in a family with six kids in public housing projects in Curtis Park; she was the youngest child.

Her plans were to become a social worker when she declared her major at the University of the Redlands, in California. She went on to complete her studies with a Bachelor of Arts degree in sociology and anthropology. She now sits as a member of the Board of Trustees of her alma mater.
In virtually every way possible, she has accomplished her initial mission; although not so obvious at first. The field of social work is defined as efforts that concern itself with individuals, families, groups and communities in an effort to enhance social functioning and overall well-being.
However, there can be no argument that the social and economic health, well being and viability of the entire region have been impacted by this trailblazing leader. So in the end, she wound up effectively becoming Denver’s “Social Worker-In-Chief.”

Her contributions have been so great to the city and state that in August 2014, officials dedicated the Elbra M. Wedgeworth Municipal Building in the historic Five Points neighborhood near where she grew up and attended school in her honor.

It is circuitously through Wedgeworth’s efforts that Americans, and world travelers alike, discovered the Mile High City for the first time. She served as the president/chair of the board for the Denver 2008 Convention Host Committee for the historic Democratic National Convention.
It would turn out to be one of the most exacting and rewarding experiences of her career.

“We were required to submit a proposal to the DNC,” she says. “There were a total of 30 cities vying for the honor of hosting the convention. That number would eventually be narrowed to 11 and then three; Denver, Minneapolis and New York.”

It had been precisely 100 years since Denver hosted a nominating convention – that of the 1908 nomination of William Jennings Bryan for president of the United States on the Democratic ticket.
“We had so many ‘nay-sayers’ to overcome. Not many people were convinced that we could pull it off. We worked well as a team and continued to keep the faith.” Wedgeworth said. “We were required to raise $65 million and demonstrate that we had the hospitality, restaurant and entertainment bandwidth to host an event of such magnitude.”

In the end, the 2008 convention would stand as one of the most successful nominating events in U.S. history with its debts paid, audits clean and successfully introducing Denver to the world.
“Our convention was the first wired and ‘green event’ of such magnitude,” Wedgeworth submitted. “When Barack Obama walked onto the stage at Invesco Field, it also became the largest crowd ever assembled for a nominating speech. It was one of the proudest moments of my life.”

And in true fashion, in the back of her mind, she was remaining true to her ‘social work’ proclivities.
“I wanted America to know that Colorado was more than a mere fly over state. This let the world know that we had political significance,” she insisted. “More than 10 years later, that event continues to create significant opportunities for Denver with Americans and the global community now seeing Denver in a whole new light.”

She is a proud graduate of Manual High School, class of 1974, and the only person in recent history to hold key positions in the Denver’s mayor’s office, the auditor’s office and on the Denver City Council. She is the second African-American woman to serve as City Council president, and the first to chair the Downtown Denver Partnership.

At her retirement party last month, Mayor Michael Hancock expressed both his personal and professional gratitude and appreciation for Wedgeworth – reading a proclamation naming December 4, 2019 as Elbra Wedgeworth Day.

“She is my big sister. I’ve known her since I was a teenager and she believed in me from the very start. I have watched as she has served this city so admirably,” Hancock said. “Elbra is the only person who has served in all three branches of Denver city government.”

In 1999, she was elected as the District 8 City Councilwoman and in July 2003, her City Council Colleagues unanimously elected her the Council President 2003-2005.
Prior to her election to City Council, she worked as the Director of Philanthropic and Government 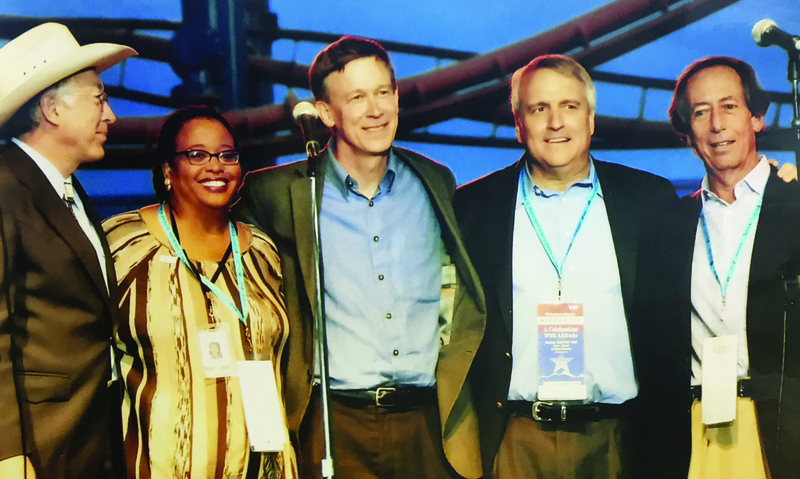 Health and Hospital Authority where she reinstated the Board of Directors and launched the newly-formed Denver Health Foundation.
In 2007, she returned to Denver Health (DH) to serve as the Chief Government and Community Relations Officer. She was responsible for all governmental legislative matters on the local, state and federal level and was the hospital’s liaison for Community Engagement Initiatives.

She was responsible for spearheading Denver Health’s effort to be approved for the 2017 General Obligation Bond Initiative by Denver voters for $75 million to build the DH Outpatient Medical Center. The National Association of Health Services Executives presented her with the Distinguished Healthcare Leader Award at the 44th Annual Legislative Conference of the Congressional Black Caucus in Washington, DC.

Her accolades are diverse and massive. In 2012, she was named by the Denver Post as One of Colorado’s Most Influential Women. She was also named one of Denver’s 25 Most Powerful Women by the Colorado Women’s Chamber of Commerce also receiving their ATHENA Award which honors Colorado women who best exemplify exceptional professional achievement, devotion to community service, and assisting other women in the attainment of professional excellence and leadership skills.
In 2013, 5280 Magazine named her as a Woman of Colorado who has played a historically significant role because of chiefly being responsible for bringing the 2008 Democratic National Convention to Denver.

In 2014, Wedgeworth was inducted into the Blacks in Colorado Hall of Fame by the Denver Public Library. In 2017, the Denver Business Journal awarded her with their Legacy Award which recognized her significant contributions to local business and community engagement throughout her career. That same year, she was named by the Denver Black Pages as one of Metro Denver’s most influential African Americans.

This year, she was a Five Point Jazz Festival Awardee and in 2020, she is slated to receive the Girls Athletic Leadership School Award.
She was appointed to the Board of Trustees for FirstBank, Colorado. Founded in 1963, FirstBank has more than $17.0 billion in assets and bank branch locations in Colorado, Arizona and California. She is the first woman of color to be appointed to the Board of Trustees. She currently serves on the Colorado Complete Count Census Campaign Committee.

In describing her leadership style, she added, “It’s like that light you see but nobody else sees but you and you just go towards it, you don’t care what anybody says. And you just do it and it all just falls into place.”
And now, according to Wedgeworth, it’s time for Elbra. Plans include spending quality time with family and mentoring the next generation of leaders.
“It’s time to mentor and encourage that next generation of leadership,” she said. “That’s always been kind of the core of who I am, to help others. I am a huge supporter of young people because you never know what or where they will wind up.”

It is that same selfless level of service associated with Dr. King that distinguishes Wedgeworth from many of her contemporaries. Although her plans are to step back from the intense demands of her career routine, like Dr. King, it is unlikely that she will simply fade into the background. Leaders of her caliber rarely slow down. Our bets are that we will see much more of Elbra Wedgeworth as she embarks upon her life’s next chapter.

That chapter began when friends and business associates surprised her at the recent retirement celebration with special guest national recording artist Keith Sweat which was a dream come true.