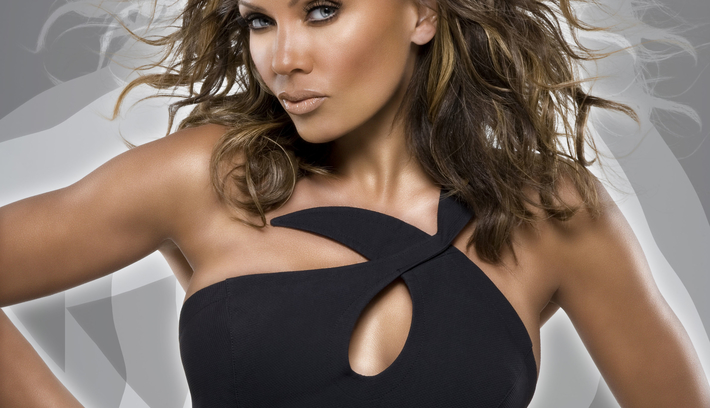 The Grace, Beauty and Grit of Vanessa Williams

The Grace, Beauty and Grit of Vanessa Williams 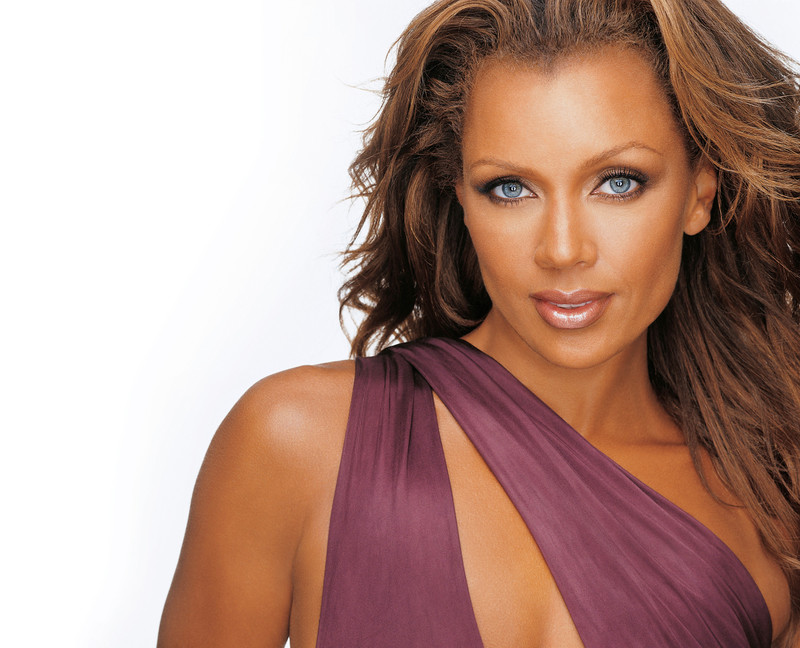 Vanessa Williams is a creature unlike any other. It's as though she came here to impart the ins and outs of living life on one's own terms. From unwitting social lightning rod during the 1980s, to multi-platinum selling recording artist and Broadway, film and television star, Williams slayed the male-dominated Hollywood dragon long before the #MeToo movement. You can tell from talking to her that both the scars of past judgment she endured, and the fruits of her sweet success have made their impact.

Now preparing to carry her stage skills across the pond to London's West End, Williams will be starring in a production of City of Angels, opening at the Garrick Theatre in 2020. She has also added fashion designer to her packed resume, launching the sexy and sophisticated Vanessa Williams collection for HSN; and fresh on the heels of a multi-album deal with BMG, Williams is working on new music to reflect a collection of musical genres she is passionate about.

A renaissance woman for the ages, Vanessa Williams' life is nothing if not purposeful.

Kugel: I read your 2012 memoir, You Have No Idea, and I'm so glad I did, because it was the missing piece to really understanding you. The one constant theme throughout your life, it seems, is that you are a natural born rebel!

Kugel: That quality plays out in one way when we're young, but changes as we get older. How do you express that side of yourself now?

Williams: It's now about being unafraid to take chances. In terms of my career, I just signed on to do City of Angels on the West End [of London]. It’s not a lot of money, but it is an opportunity to work on the West End. It's always been a dream of mine to live overseas, and to study in London. There are no guarantees, in terms of leaving my life in the states behind, but it's something that excites me. At this stage of my life it's all about asking myself what I want to do that I've never done. The challenge of it excites me, and doing the same thing bores me.

Kugel: When nude photos of you surfaced during your 1984 reign as Miss America and you were forced to relinquish your crown ten and a half months into your year-long reign, you were counted out there for a while in your twenties. Do you ever pat yourself on the back these days and say, "I did it!"?

Williams: No, I really don't. I don't think that, because there's always that next goal, like, "but I want to originate a role on Broadway;" or “I want to do a movie musical." There is always something to be done. It's not that I'm never satisfied, but there is always another goal on the horizon.

Williams: Well, I look at some people who have been on the same show for eleven or twelve seasons, and it's a great cash cow. It's great to have that kind of consistent salary where you can budget and put money away. God bless everyone who has had a series on the air for ten years, but there is an energy that keeps you kind of hungry when you are always looking for the next thing and you don't know what that next thing is.

Kugel: You broke through a pretty significant glass ceiling in your twenties being crowned the first African American Miss America. In 2008, when President Obama was elected as our first African American president, did you feel a connection or kind of kinship with him, since he broke a barrier in a similar way? 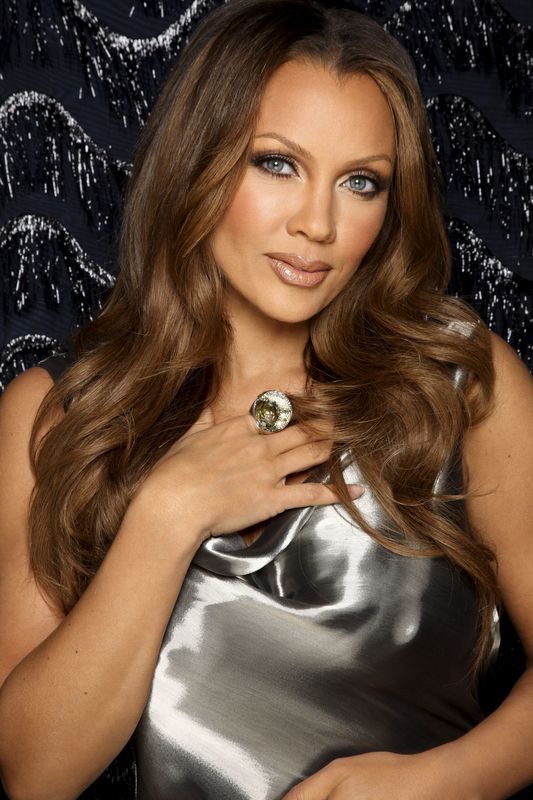 Williams: Oh, absolutely, in terms of his safety and his presence was worldwide. But there is an expectation that comes with that honor of breaking barriers. It's also a tremendous fear, not only for yourself, but for family members; because there is such division, which doesn’t seem to leave us. So, there is a specific fear and uncertainty that you have, but you have to be brave and you have to continue to do what you were chosen to do, and the job that is before you.

Kugel: What have you learned about love? What's been your greatest love lesson?

Williams: I'm lucky to have four children, and there is nothing like that love; a love like that never ends. Once they're out of the house, you're still, as a mom, always available. You're still always worried and concerned. And you're still always extremely proud, no matter their age or what they are doing.

Kugel: How do you take care of your body, mind and spirit; and what's your feel-good routine?

Williams: My feel good is waking up with a good cup of coffee and doing a crossword puzzle in the sun. That starts my day off perfectly. And when I get a chance to explore and travel, I love to horseback ride. Spending time at home is also a joy for me. I'm on the road traveling so much, so my happy place is kicking off my shoes and hanging out at home.

Williams: I pray to God and my ancestors and my guides, and everyone who has been with me along my journey. As far as what I pray for, it depends on what I want or need at that particular moment; whether it’s guidance or protection for my children. It depends on what my particular need is at that moment.

Kugel: Do you consider yourself a trailblazer for women?

Williams: I think my history has made me a trailblazer, unknowingly. I've always just been myself and that's how it played itself out.

Kugel: What makes you feel most beautiful?

Williams: The sun and the warmth make me feel beautiful. Every time I land someplace that's warm, it makes me feel like I'm connected to nature. And that's without hair and makeup and wardrobe, and all that stuff. It's just the breeze, the water, and heat that make me feel like my most natural self. And then being around children, whether it's my children who are all grown up… there's a connection that I have with kids. Maybe because both of my parents were elementary school music teachers, but there is a connection that me and my kids have with young kids that I absolutely love. My connection with children makes me feel so alive.

Kugel: You recently launched your own clothing line, Vanessa Williams, which is available through HSN. The collection is versatile, imaginative and sexy, yet understated. And I love how you incorporate animal prints and patterns with different looks.

Williams: Thank you. It's another opportunity to be creative and I've got a great manufacturer, so the quality is fantastic. It's an extension of what I love, which is putting my stamp on things. I love fashion, and I've been fortunate to work on amazing shows, both on television and on Broadway, where I've worked with incredible costume designers and been exposed to fantastic fashion through stylists. When I design, I keep my eighty-year-old mother in mind, and then my children; my girls are from age 19 to 32. Everyone's got their own sensibility, and there's one piece for everyone to enjoy.

Kugel: When will you be recording your next album?

Williams: Now! I just finished recording a children's album, which will be out next spring. And I'm working on a new album for BMG that will be out next year. We're leaning towards mood and tropical music for this next album, and there will be more projects to come.

Kugel: Let's circle back to your upcoming show on London's West End, City of Angels. You're a Broadway veteran, but this will be your West End debut!

Williams: This will be my "junior year abroad" that I never got the chance to do! In college, I was supposed to go to London and then I became famous that September. So, it's my delayed junior year abroad, thirty-six years later. And it's getting a chance to show my stage talent on another respected stage.

Editor’s note: Kugel is a syndicated entertainment columnist, author of the memoir, Journaling Fame: A memoir of a life unhinged and on the record, and owner of communications firm, Full Scale Media. Follow her on Instagram @thekugel and at Kugel.com.