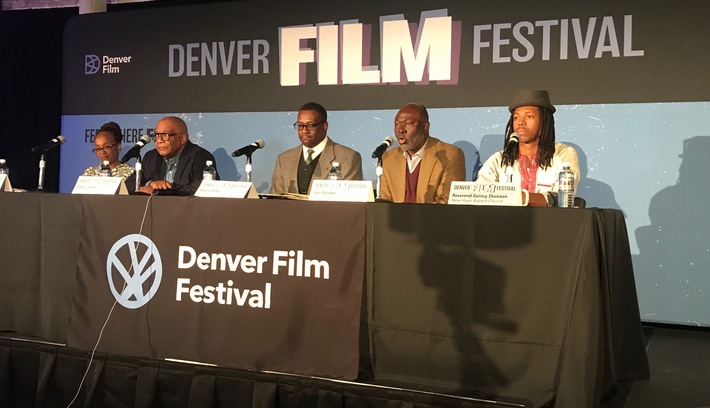 Remembering and Honoring 1619-2019: Film and Discussion

Remembering and Honoring 1619-2019: Film and Discussion 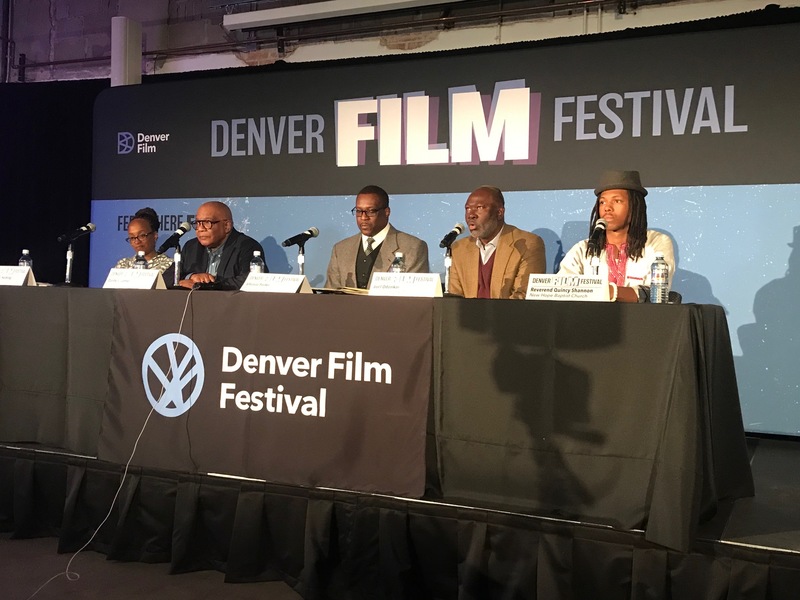 "Genocide and slavery are crimes against humanity," said Roz Duman in her introductory remarks at the recent 1619-2019 commemorative event.

Duman is the founder and executive director of the Coalition Against Global Genocide (CAGG) which convened the recognition of the 400th anniversary of the arrival of the first Africans to be sold into bondage on North American shores.

She pointed out that genocide involves the intentional mass physical elimination of a group of people by a state, other authority or another group of people. According to the United Nations over the past 40 years genocides have occurred in the former Yugoslavia, Rwanda, the Darfur region of the Sudan, Myanmar (formerly Burma), and northern Iraq (the Yazids).

The United Nations estimates that there are approximately 40 million people currently enslaved worldwide. The UN defines slavery as ". . . forced labor so that the slaveholder can extract profit." However, the UN has expanded the concept of slavery to include forced child labor, child soldiers, sex trafficking and forced marriage. Although slavery exists throughout the world, the UN has determined that the highest concentrations are in the Asia/Pacific region, the Arab states and sub-Saharan Africa. Canada and the United States are among the multitude of nations listed for sex trafficking.

"CAGG's mission is to educate, motivate and empower individuals and communities to oppose genocide and other crimes against humanity." said Duman who established the nonprofit organization in 2008. The Denver Urban Spectrum and the Denver Film Festival co-sponsored the event which was held at the McNichols Civic Center Building.

"The ravages of slavery and genocide continue to impact humanity on a global scale and while different, are not mutually exclusive," said Alfonzo Porter, Denver Urban Spectrum editor and journalism professor. "There is purposeful dehumanization lending to unintentional apathy on behalf of the industrialized world, allowing these atrocities to continue to flourish," he continued.

"We know that issues in films create conversations and that is part of the mission of the Denver Film Festival, said Director of Marketing and Partnerships Kevin Smith. “We are focused on building community partnerships for these important conversations."

Attendees viewed a screening of The Downward Spiral, Episode One of the 4-part series Slavery and the Making

of America. Directed and produced by Dante James, it opens in the 1620s with the introduction of 11 men of African descent and mixed ethnicity into slavery in New Amsterdam. Working side by side with white indentured servants, these men labored to lay the foundations of the Dutch colony that would later become New York. There were no laws defining the limitations imposed on slaves at this point in time. Enslaved people, such as Anthony d'Angola, Emmanuel Driggus, ad Frances Driggus could bring lawsuits to court, earn wages, and marry.

Narrated by Oscar-winner Morgan Freeman, the series examines the integral role slavery played in shaping the new country and challenges the long-held notion that it was exclusively a Southern enterprise. The remarkable stories of individual slaves offer fresh perspectives on the slave experience.

The series was broadcast on PBS in 2005. "The vision for the series was that the enslaved were not passive victims," said James. "They fought their oppression in every way possible. Slavery was and continues to be a critical factor in shaping the United States. Consequently, we must understand slavery if we are ever to be emancipated from its consequences," he continued.

During the post-screening discussion, Dr. Rachel Harding, Associate Professor of Ethnic Studies at the

University of Colorado, Denver campus elaborated on the need for the recognition of the 400th anniversary. "It's important to acknowledge the 1619-2019 historical marker because it is one way to recognize the central role that Africans and their descendants played in the creation of our nation," she said. "On the one hand, it's important to understand how fundamental Black people's forced, unpaid, and then underpaid labor has been to the creation of the extraordinary wealth of the United States. Even after the abolition of slavery, the economic and social structures of our society continued to plunder the wealth and resources of Black communities through segregation, redlining, mass incarceration and terrible disparities in education, health and employment," she continued.

"On the other hand, it's also essential to recognize that African-Americans have constantly pushed the country toward its most significant democratic advances. That is to say, Black people have been at the forefront of most of the historical struggles that have moved the United States in the direction of greater democracy.  Among these struggles have been the Abolitionist Movement, the Labor Movement, the Women's Rights Movement and the Civil Rights Movement of the 1960s. All of these efforts were either led by Black people or had crucial African-American participation."

Rev. Quincy Shannon, who is also on the faculty at the Denver School of Science and Technology, commented

on the current movement for reparations.

"By definition, reparation means 'making amends for a wrong by paying to or helping those who have been wronged'. My premise is that reparations within the yet to be United States is a joke because America has yet to fully be honest about our past.  It's difficult to make amends for something that some erase out of history books and downplay as a smaller event than it was."

Shannon also pointed out issues facing the African-American community. "Mass incarceration is plaguing the Black community," he said. "Another problem is the way we have allowed media to develop what being Black is.  We are often associated with that which is bad and framed in a way that is detrimental to our communities."

Joel Odonkor, a native of Ghana and resident of Denver, reflected on the 400th anniversary.  "There is a spirit

in Americans of African origin that can never be killed nor destroyed no matter what. I believe the awareness and the recognition of this 400-year period is a testament to the resiliency and strength of the African spirit no matter where and how it finds itself. I believe the awareness should be more meaningful to the American of African origin than anyone else. We should use it as a platform for renewal."