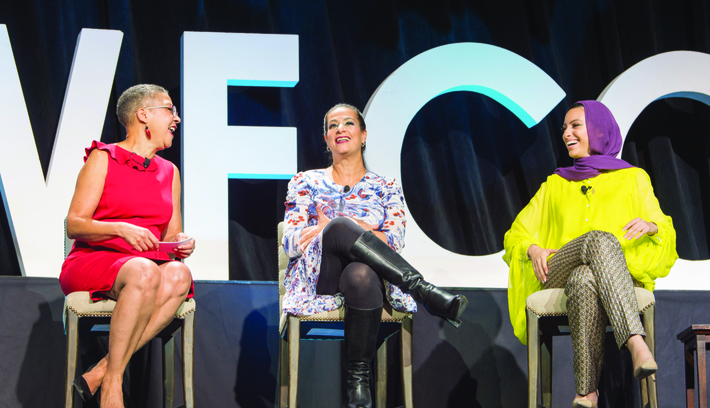 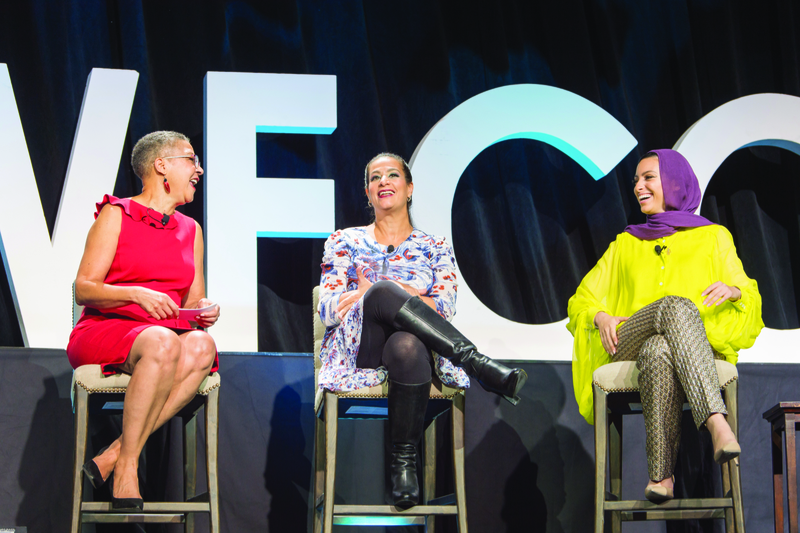 The Women’s Foundation of Colorado (WFCO) is a community organization dedicated to improving outcomes for Colorado women and their families through advocacy and public policy, while creating pathways for advancement with career training and support. In addition to hosting educational events throughout its statewide network, the foundation provides grants to nonprofit organizations that help women achieve economic security. By creating equitable opportunities for women and families, WFCO is working to create a future where women and girls of every background and identity can prosper.

WFCO believes that every woman is worthy of the opportunity to tell her story, and that by sharing the unique experiences of women across Colorado, attendees of the luncheon will hear the diverse perspectives, and take action to create a better future. With diversity at the forefront of the organization’s values, inspirational stories from each of the luncheon’s guest speakers served as a testament to the importance of inclusivity and personal healing in the process of community advancement.

Maysoon Zayid, an American actress, comedian, writer, disability advocate, and creator of the TED Talk, I’ve Got 99 Problems and Palsy is Just One, was the first to share her story. The challenges she faced as a Muslim woman of Palestinian descent in an increasingly xenophobic environment never stopped Zayid, who is one of the first Muslim women comedians. She spoke about being underestimated from birth, surviving when doctors said she wouldn’t, and learning to walk after doctors deemed it impossible. From an early age, Zayid was encouraged by her father to dream big; refusing to succumb to the limitations caused by Cerebral Palsy. She pursued a career in acting but was met with resistance when she couldn’t land any roles.

Zayid began working as an advocate for people with disabilities when she realized the inequality that exists in Hollywood, “People with disabilities are 20 percent of the population, but we’re only 2 percent of the faces you see in media,” she announced. To bring awareness to the serious need for compassion and inclusivity in our society, Zayid uses her platform to make all people feel valued. “The world is broken, but we can fix it. We can fix it by saying ‘No’ to arming violence worldwide, and by saying ‘No’ to violence against women.” The audience laughed as the comedian joked about everything from marriage and TSA pat-downs to the origin of her name. With her final words she reminded everyone of the importance of advocacy and storytelling, “Say ‘No’ to being silenced, your voice is your weapon against injustice.”

Though we all have unique stories, the common vision of advancement for all people is one that must be supported by action. The luncheon’s second guest speaker, Noor Tagouri, emphasized the necessity of personal healing and building bridges of commonality in the process of affecting external change.

Tagouri is an award-winning journalist, activist, producer and motivational speaker who fosters relationships with people from all backgrounds and identities with inspiring stories. In addition to sharing the story of how she became the first hijab-wearing anchorwoman on an American television network, she produced a documentary series on the mistreatment of people with mental disabilities titled, The Trouble They’ve Seen, as well as a podcast series on sex-trafficking, Sold in America: Inside Our Nation’s Sex Trade.

Tagouri works to increase visibility for disenfranchised groups by sharing stories that often go unheard, but in order for the stories to effectively create change, people must be prepared to listen. “A lot of times we’re out of focus and dealing with so many issues that we aren’t able to clear ourselves and our minds and create the spaces that are needed so we can have community and compassion, and truly listen to people without anger or impatience.” Citing technological advancements and exhaustion from today’s changing world, Tagouri acknowledged that it can be overwhelming to unlearn and refocus, but encouraged attendees to first understand their own pain in order to authentically connect with others. She believes, “Whatever your vulnerabilities and insecurities are, whatever society has told you makes you not enough, is your key to success, to connecting with people, and to building those bridges that we so badly want to have.”

By building bridges of commonality with compassion, vulnerability and empathy, Tagouri believes that communities can participate in healing the world. “We’re all in this together. Every one of us is writing our story,” she says. She encouraged the audience to create a ripple effect of impact by reaching lines of difference, “Embrace differences and lean into discomfort; sometimes it just takes asking the person next to you to tell you their story.”

WFCO’s influence reaches the institutions that create Colorado’s economy; companies like DaVita, the presenting sponsor for this year’s luncheon, with a 77 percent female workforce, have implemented tuition support and promotional programs, and made commitments to implement diverse leadership. The organization’s influence reached all of Colorado’s women and girls in 2019 with the passing of the “Equal Pay for Equal Work Act.”

Each year, the WFCO plays an integral role in creating opportunities and supporting work that prepares women to engage in Colorado’s economy. Like many nonprofit organizations that serve women and girls, inadequate funding is a constant threat to desperately needed services. In her address to the audience, WFCO President and CEO, Lauren Y. Casteel appealed for support, stating that a miniscule 1.6 percent of charitable giving in the U.S. specifically supports women and girls.

WFCO encourages community members to get involved by attending regular meetings throughout the state. Together, we can ensure that every barrier is removed so that everyone has the opportunity to thrive.