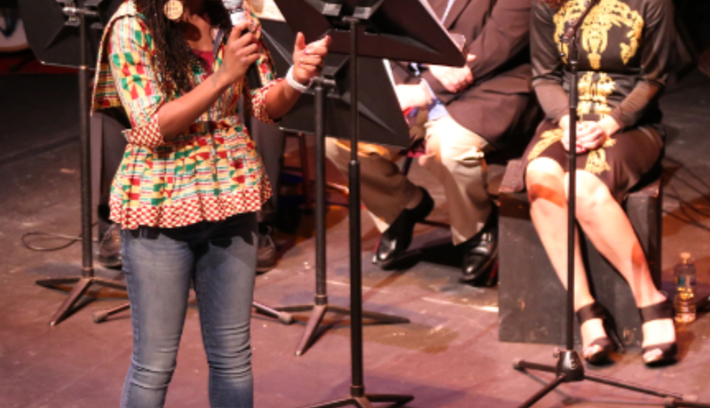 The Destiny and Freedom of donnie l. betts 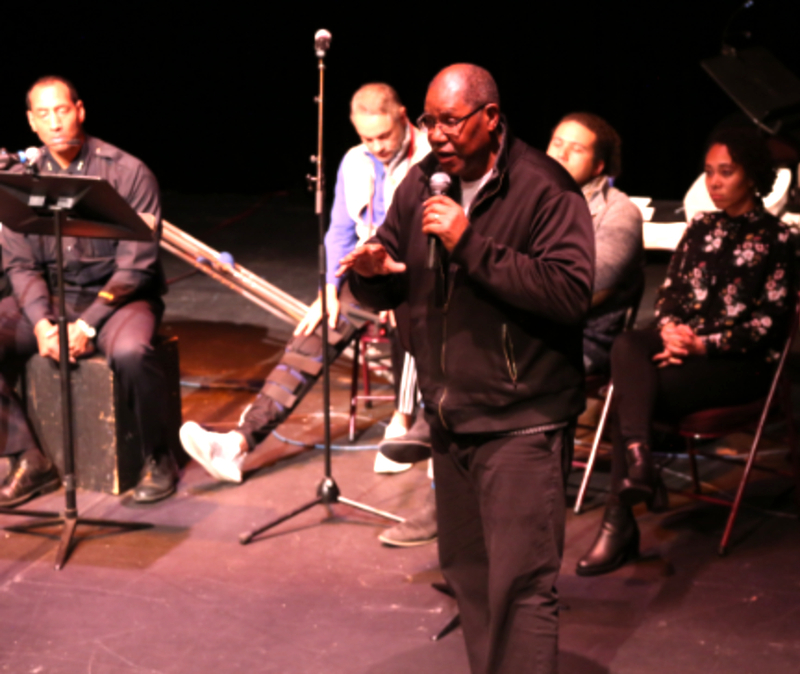 Editor’s note:  This article was first published in KGNU magazine and is reprinted with permission by the publisher.

In a city increasingly known for excellence in the arts, donnie l. betts’ consistent contributions have created bridges across generational and cultural gaps to add to a greater understanding of our shared history. Through the auspices of his No Credits Productions Inc., he has made significant contributions within the realms of film, stage, radio, and research. His highlight reel would serve to enlighten any curious mind, under the mantra of “Elevate, Educate, and Entertain.” His unassuming character belies the fact that he has worked closely with movement icons such as Dr. Vincent Harding, Delores Huerta, Oscar Brown Jr., Nichelle Nichols, Julian Bond, Angela Davis, and Danny Glover.

bett’s storied career begins in the small rural community of Dekalb in north east Texas, born youngest of 12 children on his family’s farm. He formed his work ethic and patience helping raise crops of cucumbers and potatoes for market, along with his beloved bunny rabbits. In time he grew into a young giant, and won football scholarships first to Angelo State University in San Angelo TX, then Fresno State in Fresno CA. On the farm, radio listening was the primary entertainment from which donnie developed a lifelong love of the art form through programs like Wolfman Jack and Randy’s Record Barn, who were spinning all the soul, gospel, R&B and country hits of the day.

At Fresno State betts got his first experience of radio programming with a late-night slot playing jazz on the campus station 90.7 KFSR. In tune with the times and inspired by The Last Poets, donnie had a traveling poetry group with two football teammates who played drums and saxophone to accompany his fiery spoken word pieces. Post-graduation betts made his way to Denver for the first time, working at radio station KADX in sales followed by a stint on KUVO with his arts-focused show “Word of Mouth.” While picking up his former wife at her play rehearsals and due to his physical stature, he was recruited by a director to play the “Big Goblin” in an adaptation of The Hobbit. His love affair with the stage ignited, and soon he was producing and directing through the City Stage Ensemble and the Denver Black Actors Company, plus working regularly onstage at the Denver Center for the Performing Arts.

Gaining enrollment for a post graduate degree at Yale School of Drama in New Haven CT would open big doors. Because of his canny decision to study Arts Administration, betts had a freedom not afforded to students on the regular acting track. While still a full time student he persevered through the auditions process to join the cast of acclaimed Broadway show The Gospel of Colonus as understudy to iconic actor Morgan Freeman, and daily train rides from New Haven to NYC became his commute.

After attaining his degree from the Yale School of Drama and the conclusion of The Gospel of Colonus, donnie set out for the center of his chosen industry, Los Angeles CA. He found work in television production on the set of programs like the popular hip hop variety show “In Living Color” and the final run of “The Carol Burnette Show” in the early 1990’s.

Upon returning to Denver to be closer to his son Timothy, donnie began his film endeavors by directing, co-producing and acting in Dearfield, the Road Less Traveled an award winning 1995 docudrama about the all-Black farming community founded in 1910, 30 miles east of Greeley CO.  Through his 1998 revival of the Destination Freedom radio series, he became the official film biographer of Renaissance man Oscar Brown Jr. Music is My Life, Politics My Mistress (2005), a stirring video portrait of the Chicago singer, songwriter, playwright, TV host, and civil rights activist completed not long before his death. Another important film documenting a mission of peace with civil rights icon/MLK speech writer Dr. Vincent Harding to Israel and Palestine awaits completion.

What is the significance of intentionally omitting capital letters in his name? “To honor my ancestors and elders, to be humble in standing on the shoulders of giants like bell hooks, my dad Norris Betts, Gordon Parks or whoever the case may be. I always said there is no way I could ever be as great as they are, because a lot of them laid their lives on the line for equality here in America.  This is my way of honoring them, by lower casing my name, to say that I am standing on the shoulders of giants, to use the old Proverb, to grasp the top, to move forward.”

Characters were written to cut across the pervasive stereotypes in popular culture that portrayed African Americans as clowns, menials or slackers. In contrast, Durham's historical characters were given complex personalities that were at turns, rebellious, biting, scornful, angry, and cocky, as the occasion called for. Destination Freedom highlighted the lives and accomplishments of prominent African Americans a full decade before Dr. Martin Luther King, Jr. and the Civil Rights movement.  This singular accomplishment earned Robert Durham posthumous induction into the Radio Hall of Fame (2007).

After 1950, the original Destination Freedom broadcasts entered the realm of legend. The fates intervened when a woman who donnie l. betts was trying to pick up at a party in Los Angeles in the mid-90s hipped him to the existence of the black radio series. Back in Denver, betts’ friend David Earl Jones was working in the Tattered Cover book stores’ rare and out of print section. He dug up J. Fred MacDonald’s book “Don’t Touch That Dial! Radio Programming in American Life 1920-1960” which had 10 of Durham’s scripts in it.

Upon reading them, betts was inspired to revive this work of genius. He attained the blessing of Dunham’s widow Clarice, and reached out to Professor Macdonald in Chicago, who surprised him again with news that Oscar Brown Jr. had been involved in the original productions. betts swiftly contacted the singer, actor, writer, and activist Oscar Brown Jr. and piqued his interest in staging a reunion show of Destination Freedom in Denver. Other folks from the original run to participate included the storied storyteller Studs Terkel. Thus, Destination Freedom returned to the airwaves in spring of 1998 on KUVO 89.3fm with the story of Gwendolyn Brooks featuring Maya Angelou’s niece in the lead role.

Destination Freedom made its KGNU Community Radio debut in 2003, with the broadcast performances sprinkled across various venues for the past 16 years. KGNU is honored to serve as the long-term home for this important cultural production, in keeping with our mission to bring voices from the margins and to the airwaves. Each 30 minute drama is followed by a panel discussion with a wide array of stakeholders in interaction with the audience, plus a special musical guest, in keeping with betts’ mission to “Elevate, Educate, and Entertain.”

After 20+ years producing many of Durham’s original scripts covering individuals from Jackie Robinson to Staggalee, 2019 marks a new vision for betts’ stewardship of this legacy.  A new generation is moving the conversation on race and inequality forward, producing incredible scripts and plays along the way. Listen to Destination Freedom as a vehicle for these important emerging stories, presented in the powerful live radio setting.

Editor’s note: “Destination Freedom” is a true-to-form radio show in front of a live audience, simultaneously broadcast live on KGNU Community Radio, 88.5 FM and 1390 AM in Boulder and Denver and online at kgnu.org. For more information call 720-282-5751, email donnie.betts@gmail, or visit www.nocredits.com.