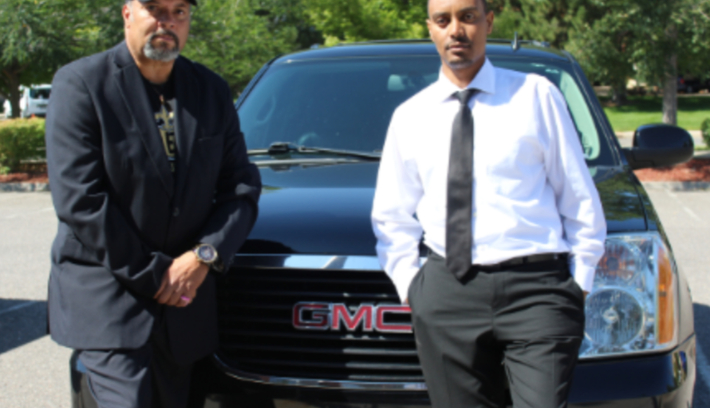 One Smooth Transition to the Next 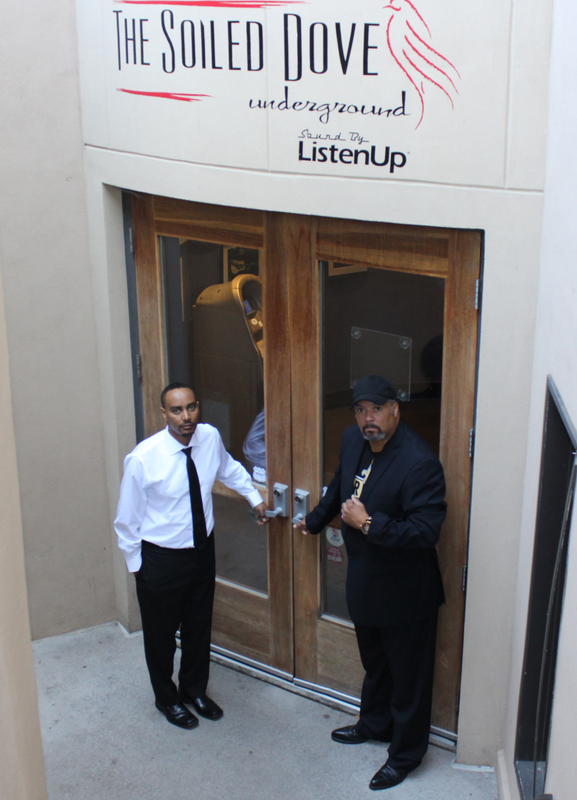 Approximately 11:20 a.m. on Sept. 10, as I sat waiting at the Soiled Dove for Charles F. Devereaux, he has had four or five phone calls. One of them is with Rhett Lee, the talent buyer for the Soiled Dove, discussing upcoming shows in October. He is also on the phone with the detail shop preparing cars for Princess Asie Ocansey’s arrival from Ghana; and receiving confirmation that the new bus he has ordered for his company is in the process of being prepared for him and his associates.

Devereaux mentioned how he is constantly in contact with Lee who keeps One Smooth Transition busy.  He is a busy man. No second is wasted on this man’s schedule. He is always trying to do better. His work ethic is probably what has fueled One Smooth Transition’s growth and got the company on its feet.

One Smooth Transition is a Denver-based transportation company whose drivers provide transportation for individuals – mainly celebrities – getting them to where they need to be with A+ service and hospitality. Customer satisfaction is their number one goal.

“I know this for a fact, a lot of the clients, especially those who are in concert, ask for him and often maintain a friendship with him after he has performed transportation services for him,” said Gary M. Ashton of CocktailRadio.com. “He just has that kind of rapport with everyone. They love him.”

Devereaux and One Smooth Transition are currently in business with the Soiled Dove, but they have been everywhere and are available to everyone.  He has done business with Jazz at Jacks, the Kasbah, Jet Flight Entertainment and CocktailRadio.com, just to name a few. He has worked with an extensive list of celebrities as well, catering to their needs. From actor Bill Cobbs – who he has developed a very long-standing father-son relationship – to Ginuwin, Devereaux has definitely had his hands full. He has worked with Sisco, Escape, Ruben Studdard, James Earl Jones, Morgan Freeman, Jagged Edge, Keith Sweat, Sheila E. and more. The list goes on and on. One Smooth Transition is not a rookie in the transportation business.

“I’ve had the chance to meet a lot of great entertainers,” said One Smooth Transition owner and founder Charles F. Devereaux. “I spent about 30 minutes with Luther Vandross before he passed. I’ve been fortunate to work with a lot of people.”

One Smooth Transition is a small company now, but that doesn’t take anything away from its ability to excel and overachieve. In fact, Devereaux wouldn’t have his company run any other way. He wants to avoid too much growth too soon so he continues and gradually have has the ability and time to give his clients the attention and service they deserve.

“We are discreet and we are professional. We are on time and we treat people well. We treat people like we want to be treated. As a small business but also looking to grow, I can personally handle whatever problem comes up,” said Devereaux.

The company has been in business since 2014, but they haven’t always been One Smooth Transition. The business name actually changed about four years ago from Personal Management Services. The story on how the name changed is actually quite funny.

“The name of the company is One Smooth Transition, but this actually transpired about three years ago.  The business name prior was Personal Management Services. There is a big story behind that,” Devereaux laughingly said. “It was when I had to pick up Sheila E. and at that time my company was named Personal Management Services. When I introduced myself and the company she smiled and said, ‘What a typical male.’  I didn’t know at the time what she meant by that, but as I got to know her a little better, I asked her ‘What do you mean by that?’  She said, ‘PMS’ and at the time my tagline was ‘We are with you from start to finish.’ I realized then, that we were going to have to change the company name.”

It really was a progressive growth. Certain things happened and certain opportunities became available that made him and his company evolve, and Devereaux is certainly not the type of person to let an opportunity slip through his hands.

When he first started with his company, he originally wanted to go into promoting. When his company was still named Personal Management Services, he wanted to book shows for promoters. It wasn’t long into promoting before Devereaux realized that being a driver was the more lucrative occupation.  Logistic transportation services were his calling. He wasn’t able to get up close and personal with his clients as a promoter. He wasn’t able to provide the A+ customer service he is known for. He made a wise decision.

“I want to grow gradually and consistently, so that I can still take care of any situation that arises. I want to ensure all of my customers are satisfied to the best of our ability. Also, I want to be able to know that at the end of the day we did the best that we could to satisfy everyone we serviced,” says Devereaux.

Anything that would prevent Devereaux from fully satisfying his customers is out of the question. His interests are not important to him, if it would interfere with his clients.

“I know other limo services, but I know he is going to give them something a little bit different. He is going to cater to them with whatever they want and whatever they need,” said Ashton. “All of his clients love his A+ customer service.”

Devereaux and One smooth Transition are making big moves in Colorado. This isn’t a mediocre company and Devereaux is working with big clients in big venues. Although Princess Asie’s recent travel plans to Denver were postponed until October 4, Devereaux looks forward to providing royal service to a princess.

“That will be a royal feather in my cap,” Deveraux says with smile.

Editor’s note: For more information on One Smooth Transition or to book transportation, call Charles Devereaux at 720-429-8162 or check out his ad in this month’s issue.