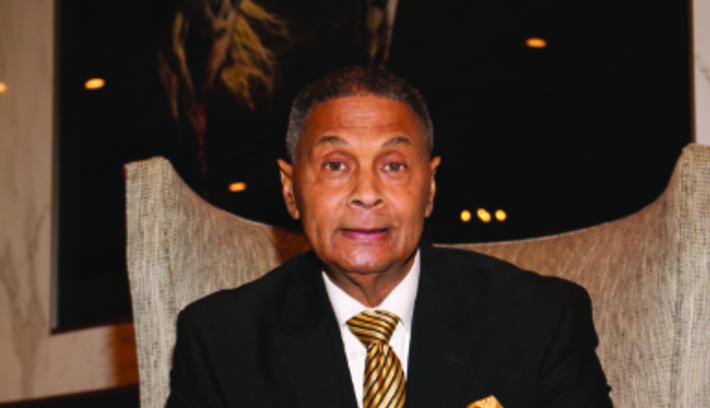 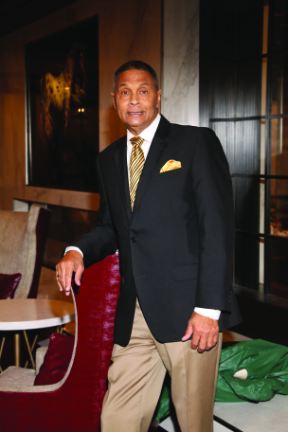 Ronald Wooding always knew that his life would be dedicated to the service of others. So when he wound up in Denver in 1995 to pursue his graduate degree at the Iliff School of Theology, it made perfect sense. Little did he know that providence would intercede and place him on a direct path to one of the most important missions of his life?

He was born in the small community of Fayetteville, Tennessee and would go on to graduate from Tennessee State University with dual bachelor’s and master’s degrees in psychology and counseling, respectively.

“I suspect that service was meant to be a way of life for me,” he says. “My mother was a school teacher and my father worked for a company that sold class rings. He was assigned territory throughout the state of Alabama.”

Although the way things began to unfold, his presupposition didn’t appear to be a foregone conclusion.

Although upon graduating, he worked briefly as a student counselor at Shaw College in Detroit but accepted a position working in the insurance industry back home in Nashville. It would turn into a 20 year career.

His arrival in Denver provided somewhat of an unexpected twist. In 1995, he was recruited to Denver to attend the Iliff School of Theology where he completed his second master’s degree with a focus on Divinity. While there he worked as the student pastor at the Park Hill United Methodist Church before accepting a permanent position of assistant pastor at Epworth United Methodist Church in1998 upon graduation.

Wooding then went on to work for the Epworth Foundation as a project manager and director with the Five Points Family to Family Services program. It was while in this position that he began to learn about the efforts of Daddy Bruce Randolph.

From 1964 until his death in 1994 at the age of 94 Daddy Bruce Randolph’s stood as a towering figure in the Denver Community. He was nationally acclaimed for his work to feed the masses on Thanksgiving.

For approximately seven years after his death the Randolph family along with and his home church continued his legacy, distributing Thanksgiving food baskets to the poor. But conflict between the pastor of Salem Baptist Church and its congregation resulted in the church backing away from the program in 2002.

At that point, the Daddy Bruce Thanksgiving feast was in jeopardy of disappearing forever.

However, the next year, the Epworth foundation revived the food-basket program; calling it Denver Feed a Family.

“Local news anchor Tamara Banks, who was affiliated with Salem Baptist Church, did a story on the potential demise of the long term Denver tradition which resulted in many members of the community, as well as corporate donors stepped in,” Wooding said.

According to Wooding, the Epworth Foundation was not initially interested in getting involved but became convinced to step in and lead the effort in 2002—with him in a leading role.

Since that time, the work would become a labor of love for those who believed, like Randolph did, that we all deserve support when they experience hard times in life.

It wouldn’t be the only task Wooding would undertake that year.

“I had become involved in mission work traveling to Durbin, South Africa working to build an orphanage for children with AIDS,” he says. “From that time I started working with the African American Mayors Association addressing the issue of the AIDS virus in our communities. That is when I began to realize that there is plenty of mission work right here in Denver.”

For the past 55 years the Daddy Bruce Randolph’s tradition of bringing the community together has become legendary. The self-made, self-educated man from rural Arkansas would go on to establish a legacy that promises to continue for many years to come.

He changed the whole way we view and celebrate Thanksgiving in our city.

The annual event, dubbed “Daddy Bruce Annual Food Basket Giveaway,” has now reportedly grown to feed an estimated 40,000 individuals with some 5,000 baskets being donated--each basket contains enough to provide a full holiday meal for a family of eight.

Over the years, hundreds of thousands of families throughout the Denver region have benefitted from the generosity of the efforts of Daddy Bruce. Yet, much credit goes to those, like Wooding, who have labored to keep the holiday tradition alive.

Randolph was born penniless and at the end would die penniless—but he lived a life far richer and more meaningful than those who stake claims as vast fortunes. He once picked cotton for ten cents a week. Undoubtedly, those who were needy and received his largess will never forget him. In the end, his funeral was paid for by Broncos owner Pat Bowlen. An estimated 1,500 people attended his services.

It all began in 1964 when Randolph set up his grill to feed people for free for Thanksgiving in City Park in1964. Today, his annual Thanksgiving event has become nationally renowned and feeds tens of thousands each year.

Randolph was born in 1900. He was partly raised by his grandmother, Laura Hart, who was an emancipated slave. It was from her that he gained his culinary prowess.

At about the age of 20, while working in Pine Bluff, he saved money to buy a hog. It would become his first foray into entrepreneurship as he would later butcher it making barbeque sandwiches that he reportedly sold for a dime. And as the saying goes—the rest is history.

Randolph moved to Denver in1959 at nearly 60 years old. His son, Bruce Jr. lived in the area and was working as a barber. Bruce, the elder, took a job as a janitor but the desire to cook was still with him. He applied for, and received a bank loan of $1,000 and began a catering operation in his son’s yard. It didn’t take long for the Broncos organization to take note and that following year he launched his restaurant on east 34th--now Bruce Randolph Avenue.

Beyond his generosity at Thanksgiving, Randolph also fed people in celebration of Christmas, Easter and his birthday — Feb. 15. He organized clothing drives and spearheaded Easter-egg hunts in City Park. In 1985, Randolph and his employees decorated more than 20,000 eggs for that year’s hunt. Scores of volunteers, including Denver police officers, helped hide the eggs.

“He was a true humanitarian, a social entrepreneur,” Wooding said.

In 2016, Wooding produced a documentary about the life of Daddy Bruce titled “Keep a Light in the Window.” The focus of the film centers around the life of a man who was less interested in business success but rather concentrated on providing for those who were struggling in life.

The official documentary of the life and times of Daddy Bruce​Randolph is significant to the history of Denver.

“As we undertake making this important film, we are seeking to share with the viewing audiences the life and dreams of a true social philanthropist. There was a man named Bruce Randolph who grew up under difficult conditions however, he helped to change views about what one individual can do. His frequent phrase was based on love, "God Loves You and So Does Daddy Bruce," Wooding said in a previous interview.

Randolph never aspired to live an extravagant life. His small dwelling above the restaurant seemed more than enough—he was a simple man with simple needs. It is a far cry from many Americans who appear to believe that the American Dream requires the accumulation of material wealth. Daddy Bruce lived a demonstrably alternate lifestyle and therein lies part of his greatness.

According to Wooding, Randolph wanted to walk in the steps of Jesus by feeding the masses—as many as 5,000 people at a time. In the end, he would feed several times that number.

Bruce Randolph was famous for his selflessness and has been a major influence on Wooding.

“This is Thanksgiving. Be mindful, even though we have taken care of this day, it is only one day,” Wooding said. “There are people out there throughout the year that need more people getting involved, more people giving. When people heard of what he was doing, they wanted to help. They literally came from all over to help.”

It is that type of giving spirit that attracts others who are willing to aid in helping those who are less fortunate.

Today, according to Wooding, the celebration of daddy Bruce Randolph has become a year round commemoration. It features an exhibit at the United, an art gallery at the school named in his honor and a five year exhibit at the Colorado History Museum where Randolph will be one of five people honored.

“The celebration of Daddy Bruce has become more than just about food,” he says. “It has grown to include live music, a job fair where employers hire both for seasonal and permanent workers—even those with felonies. We will also provide health screenings where members of the community can check blood pressure and other vital signs like pulse rate, respiration rate and temperature.”

A fundraiser at the Proof of the Pudding nightclub located on Hampden Avenue will be held on October 26 to generate additional capitol for the Annual Daddy Bruce Thanksgiving Legacy event.

More than 1,000 volunteers will be needed this year as the event is expected to provide between 5,000 to 8,000 baskets filled with a turkey, stuffing, mashed potatoes, green beans, corn, macaroni and cheese, cake mix, Jiffy mix and cranberries. Each basket cost the foundation about $30.

The dedication of the volunteers, each year, makes the entire event possible. They could almost tout the postman’s creed--neither through rain nor heat, nor gloom of night will keep these individuals from handing out baskets at Thanksgiving. The cold, rain or snow didn’t keep the volunteers from handing out boxes of holiday meals to families in need. The tradition, 55 years in the making, carries on the legacy of Daddy Bruce Randolph who began donating Thanksgiving meals to Denver families. 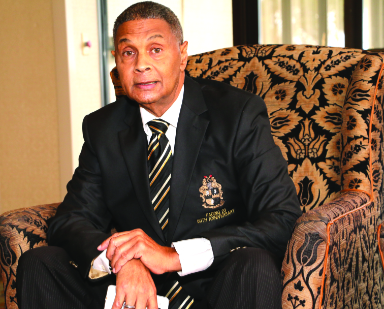 Recently, Wooding was diagnosed with multiple myeloma. He says that while he may not be able to attend this year’s events, due to necessary treatment, he encourages people to continue to give to this worthy cause.

While his treatment regimen will not allow him to be in such close proximity to mass crowds, Wooding remains confident that this year’s event will be a resounding success.