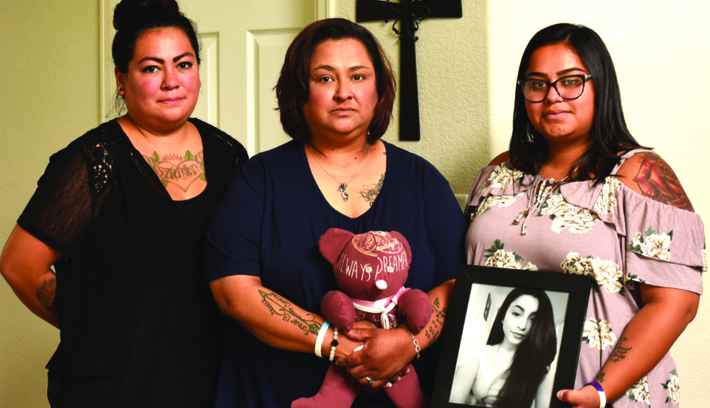 The Legacy of Isabella Martinez - “She Made Being Broken Look Beautiful!” -Melissa Martinez

The day started like any other for the Martinez family. It was a typical September afternoon, two years ago this month. Plans for a birthday party for a family member was in full swing as family matriarch, Melissa Martinez, began to prepare the evening’s meal with assistance from her daughter Isabella. 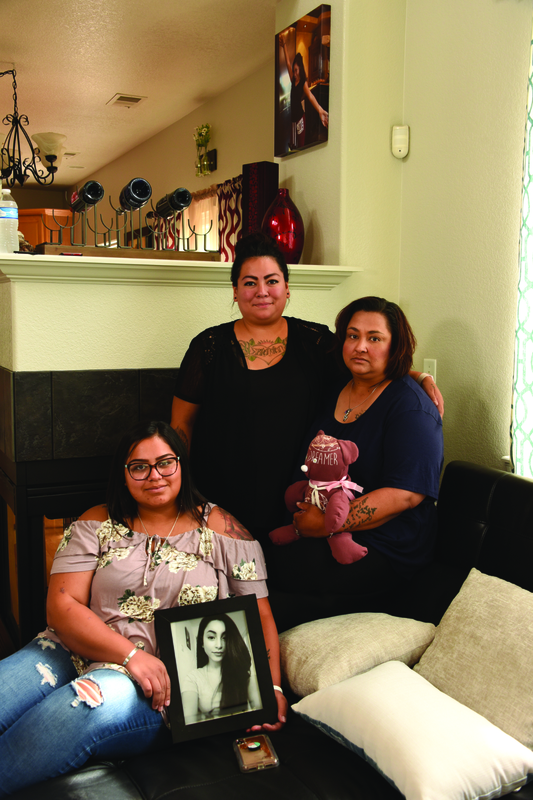 Bella, as the family affectionately called her, was described as a vibrant, bubbly, well-loved 13 year old attending Silver Hills Middle School, in Westminster. She loved to sing, dance and would light up a room when she walked in, according to her mom.

So the family thought it odd when they learned that Bella was being cyber bullied by a group of girls she hung out with and considered her friends. Melissa recalls hearing a message indicating that one of the girls was threatening to beat up Bella and pull her hair out.

“We were in the kitchen making fajitas and guacamole,” she remembered. “Bella was singing along to music and appeared to be texting on her iphone when her mood suddenly changed.”

Melissa says she asked Bella what was wrong and Bella didn’t respond. She decided not to press the issue and brushed it off as just normal teenage girl behavior.

“I told her that if she wanted to talk about it I was there for her,” she said. “Bella said nothing and went upstairs alone. It was just prior to people beginning to arrive for the party. Even though it was a normal day, there seemed to be something a bit off. I remember becoming ill and blacking out. My daughter Erika told me to go upstairs and rest but I decided to just sit still and let it pass.”

According to Bella’s older sister, Katie, there was no indication of anything out of the ordinary.

“The week before we took Bella shopping and I recall her telling me that she wanted to apply for a job at Water World,” Katie said. “If there was even a hint of depression we would have noticed it. My sisters and I have been bullied in the past and would recognize the signs.”

After a while Melissa decided to go upstairs to check on Bella. 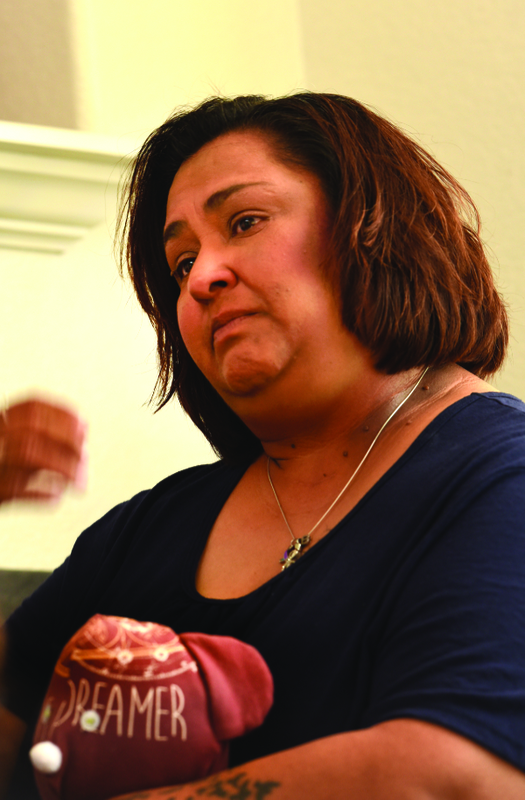 “I went upstairs and found the door locked. I called to her to open the door and there was no answer. We were able to get in and Bella was sitting on the bed, her hair covering her face. I sat on the bed and pulled her hair back and that is when I discovered that she had placed a belt around her neck, hanging herself. I didn’t know what to do and just kept holding her. I just started screaming,” she said.

Katie, 27 at the time, says she heard her mother screaming and knew that something was terribly wrong. Her mind immediately went to a television series Bella would watch called “13 Reasons Why.” In one episode a young girl had taken her life by slitting her wrist while in the bath tub.

“For some reason my mind went there and I just knew that it would be a similarly graphic scene,” she remembered. “I immediately began to perform CPR until the fire department arrived. Bella threw up and so I thought she would be fine. However, once we arrived at the hospital we were told that Bella had lost too much oxygen and there was nothing more they could do.” 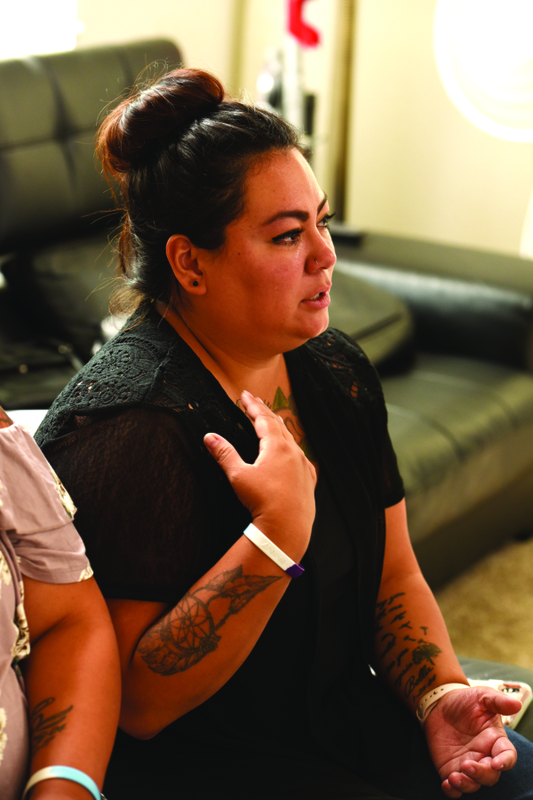 The irony, and perhaps the most perplexing part, is that Bella was very much against suicide. She would reportedly tell her family that she could not understand how people could hurt their loved ones by taking their own lives.

“For Bella to take such a desperate step meant that those girls really hurt her deeply,” Melissa said. “We knew that it affected her to not be liked because she was such a lovable person. Bella made being broken look beautiful because she really hid it well.”

According to the Megan Meier Foundation, more than one-third of all U.S. students report having been cyber bullied. Of those, 60 percent say that it has had a profound impact on their feeling of safety and ability to focus and concentrate in school – and 90 percent believe that it is a major social issue for their generation.

Additionally, the foundation reports that students who are cyber bullied are more than twice as likely to commit suicide. This makes suicide the 2nd leading cause of death for people between the ages of 10 to 34. Suicidal ideation has more than doubled in the past 10 years.

Add to this, the experience of cyber bullying is also associated with low self-esteem, depression, anxiety, academic problems in school, family difficulties and school violence.

To add insult to the ultimate injury, there were no disciplinary actions taken against the girls who engaged in cyber bullying Bella. Furthermore, one of the parents of the girls even blamed Melissa for Bella’s death.

“She claimed that whenever Bella visited her house, she would cry when it was time to go home. I’m a strict home mom but I love my girls unconditionally. Unlike the parent in question, I don’t attempt to buy my children’s friends or allow them to engage in questionable activities,” Melissa said. “Bella did not kill herself because of me, she was deeply hurt by the betrayal of people she trusted as her friends. I understand the mother was just trying to protect her daughter in this case.”

The family feels as though there should be consequences for the actions that lead to a child committing suicide.

“Prior to Bella’s death, the school system was aware that she was being harassed and assured us that they had spoken to the students involved and the situation had been handled,” Melissa says. “I would like to see more control over what social media access is allowed in school and better scrutiny of the apps that students download – particularly if this behavior occurs on school grounds.”

But for Katie, it goes even further. She would like for parents to reconsider placing smart phones in the hands of children who may not be mature enough to handle having the whole world presented to them in such an unobstructed manner.

Apparently, Bella had downloaded an app called Sarahah from a Saudi Arabian networking service designed to provide constructive, anonymous feedback in the workplace among co-workers and their supervisors without the threat of being fired. It launched in 2016 and by 2017 it was a huge hit with American teenagers. It was later expanded to allow friends and acquaintances to send anonymous texts which would ultimately be posted publicly. However, in 2018 parent concerns forced both Google and Apple to remove the app from both the Apple Play Store and the iOS App Store.

After Bella’s death, her sister Erika attempted to contact the company with no success. She was hoping for some explanation as to why the firm set up the app without considering the unintended consequences to young people – the fact that the app could be used in negative ways. They never responded to her.

Attempting to work with the school system also proved to be a dead end. According to Bella’s sister Olivia, 21, the Adams 12 School District indicated that advocacy against suicide would be useless.

“They told us that by talking about suicide would only encourage students to take their own lives,” she said. “I really don’t believe that supporting students would lead to them committing suicide. As a matter of fact, I think the opposite is true. They seem to be terrified of even the word suicide. They desperately need to help in working with students in this area.”

In 2015, Rep. Rhonda Fields (D-Aurora) introduced a bill in the State of Colorado called Kiana Arellano’s Law that would prompt a misdemeanor harassment charge to cyber bully and it would be punishable by a fine and up to six months in jail.

“I love the idea that people could be held accountable for cyber bullying,” Melissa expressed. “I would also be in favor of holding parents accountable as well.”

The State of Colorado has also adopted the Claire Davis School Safety Act (C.R.S. 24-10-106.3). This measure imposes a limited waiver of sovereign immunity for schools if the schools fail to exercise “reasonable care” to protect all students from acts of violence.

Also the state passed House Bill 1254 (C.R.S. 22-32-109.1 (a)(X)(B) to define bullying that reads: Any written or verbal expression, or physical or electronic act or gesture, or pattern thereof, that is intended to coerce, intimidate, or cause any physical, mental or emotional harm to any student. Bullying is prohibited against any student through any means and any reason.

But laws are not enough to save our children. While some Martinez family members submitted themselves for therapy in the wake of Bella’s death, they admit that they continue to mourn. 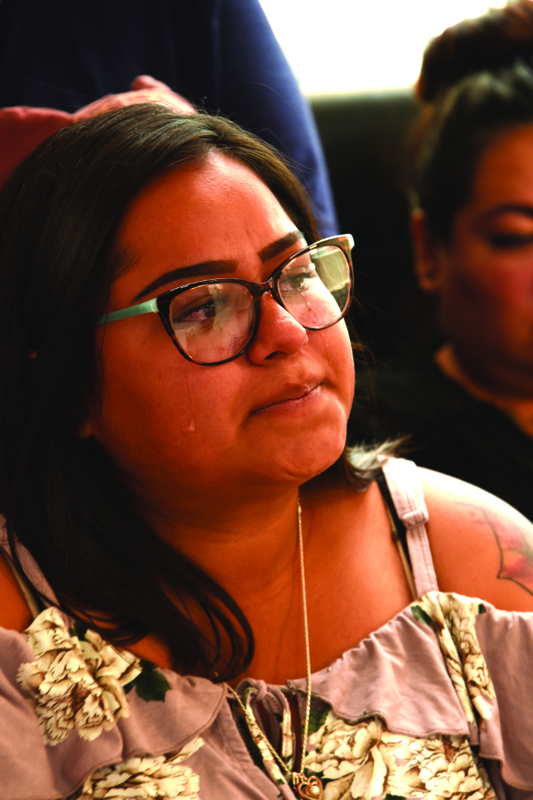 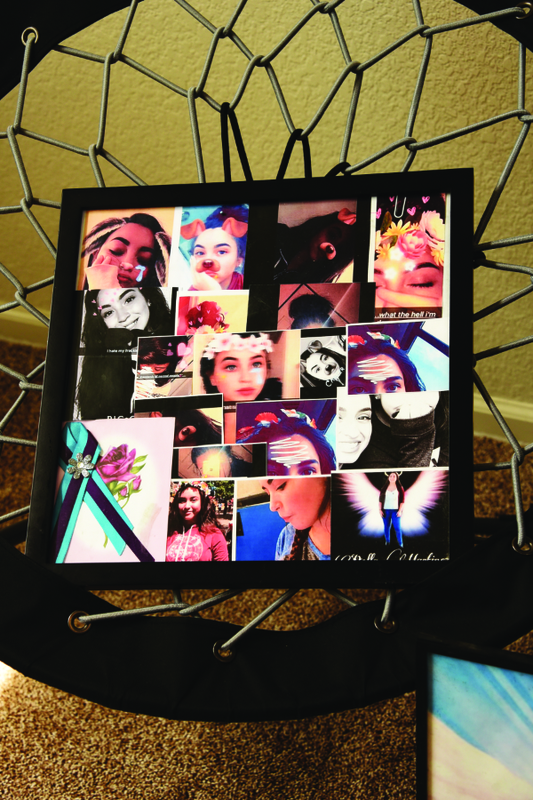 “I still cry a lot,” Olivia admitted. “Sometimes I felt as though the therapy made it worse because we were asked to continually relive it. I was being asked to forget and behave in ways that I could not completely understand. I just didn’t know how to act.”

But for Melissa, her church has been the key to being able to cope with Bella’s loss. “I still see my deacon at least a couple times a month and it has been very helpful for me. But it is still day by day.”

She also has advice for parents of teenagers who may be vulnerable to the influences of those on social media.

“Please do not assume that when kids have disagreements that it is just a teenage fight and that they will get over it,” she warns. “As parents we must get past feeling as though we are invading our children’s privacy. Monitor their activities closely. It could be a matter of life and death.”

Bella’s funeral drew as many as 600 people according to her mom. It was a testament to the fact that she touched the lives of nearly everyone she met.

“I have continually been approached by people who have confided that Bella was an inspiration to them and helped them is some small way,” Melissa says. “In the end that is how I want her to be remembered. I want that to be her legacy.” 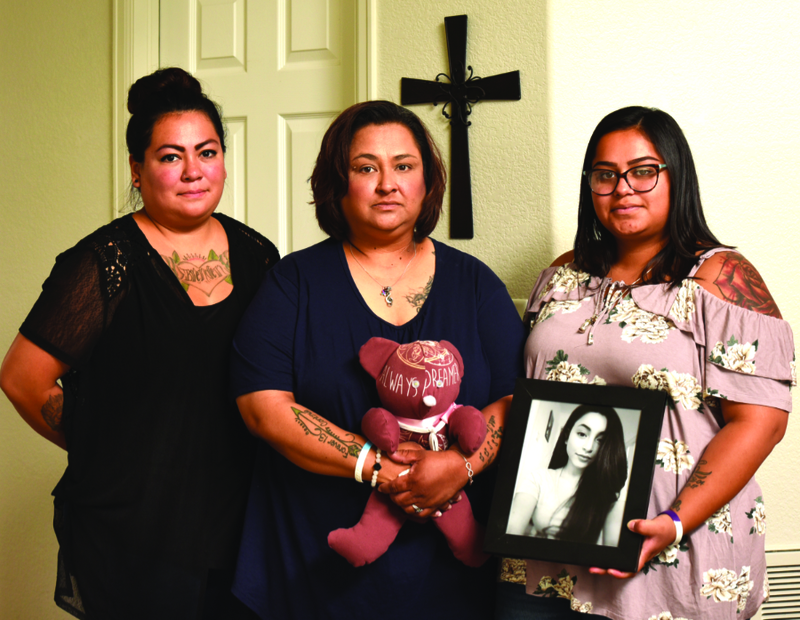 Editor’s note: Melissa Martinez and family members will be special guest speakers at the “Educator’s Forum on Social Media’s Impact on our Students” on Friday, September 20. For more information about the forum, call 303-292-6446.