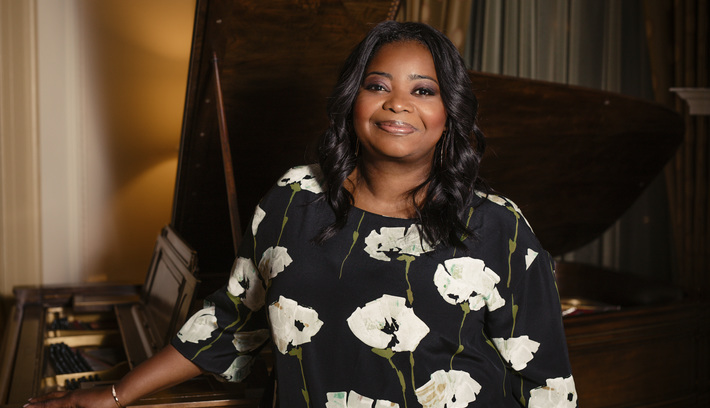 Since making her film debut in the 1996 dramatic film, A Time to Kill, actress Octavia Spencer has been a regular presence on the big screen, but her real breakthrough came in 2011 when she starred as Minny Jackson in the period drama film The Help, for which she won the Academy Award, Golden Globe, SAG, BAFTA, and Critics' Choice Movie Award for Best Supporting Actress. She’s also been critically acclaimed for her roles in Fruitvale Station, The Divergent Series, and Get on Up, among other films. But it’s her role as NASA mathematician, Dorothy Vaughan, in the hit movie Hidden Figures that really propelled her to stardom, while simultaneously demonstrating that Black women not only can, but have been key players in the world of STEM (science, technology, engineering, and math) throughout the last century. This fact is one of the key reasons that the Women’s Foundation of Colorado (WFCO) tapped her to be their 2017 annual luncheon keynote speaker.

The Women’s Foundation, just coming off the heels of another very influential guest speaker, also presented Octavia in a dialogue format with WFCO President and CEO Lauren Casteel who also engaged Michelle Obama in a similar format in July, in front of a crowd of more than 9,000 audience members. It was the former First Lady’s first speaking engagement since leaving the White House.

“The only ground rule for today is: keep it real,” Lauren shared as she opened up the discussion with Octavia. And keep it real they did – discussing everything from growing up in the South to Minny’s chocolate pie, to art, philanthropy, STEM and girls’ empowerment. In fact, in the midst of talking about her reasons for buying out a theater for girls to watch the movie Hidden Figures, Spencer was so moved by tears, she could barely express her thoughts. “My mother had seven kids and, like, four jobs,” she shared. “We didn’t go to movies a lot. When I was in Toronto promoting the movie [Hidden Figures], I wanted little girls to know that no matter what your status in life, you can do what you love. These women were doing what they loved. Every little girl should get to see that if they want to do something, they can do it.”

Spencer said she suffered from Dyslexia as a child, which was challenging because she loved to read. “My mother was a fireball,” she shared. “She would never allow me to say ‘I can’t.’ She’d say ‘Whatever your challenge, that’s your superhero power.’” The actress worked around her disability to become a voracious reader and author, penning The Case of the Time-Capsule Bandit, and The Sweetest Heist in History.

When considering the roles she has played over the years, Spencer said “none of them have resembled me. I think I learned a lot from each of them, though. For example, I learned from Minnie Jackson (The Help) that you don’t know if a glass is half empty of half full, if you don’t own a glass. Minnie didn’t own a glass, but Spencer does.” Spencer has also recently taken on a role behind the camera, as a film producer. She shared that in this role she is able to discover new voices coming out of Hollywood.

The actress breaks the mold in many ways and said she constantly encounters people who ask her, “How are you successful as an actress without being skinny, or how can you be happy as a single woman with no children?” In response, she shares, “Are you happy getting to do what you love? Your view of your life should be the only one that matters. God gives us what we know we should have. I can’t keep plants alive. I get it, God. I get it.”

Some key advice for young and old, rich and poor, Black and white: “Try to treat triumph and disaster the same. Don’t allow success of the lack thereof to define you. When you are in this business, people throw things and money at you and it can distort your view. I’m glad I have an Academy Award so now I can choose the roles I want. But if I choose one and I am terrible at it, I’m not devastated. I just say, “oh well, that didn’t work, and move on to the next thing.”

During the conversation with Casteel, the actress praised the work of the Women’s Foundation and to support the efforts to empower young women, especially those striving in the areas of STEM training and work, Spencer donated back her speaker’s fee.