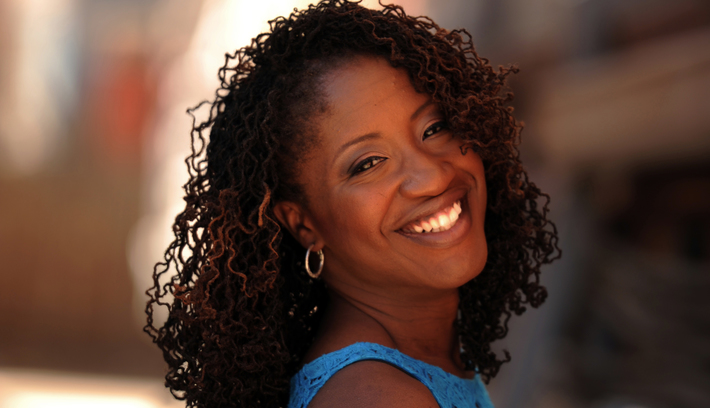 A Slice of a Musician’s Life: Listening to the Lyrics of SuCh’s Musical Journey

Some people define success as having a great job and making lots of money. Singer, songwriter and actress SuCh believes that success is doing what truly makes you happy and what you truly love.

Church Roots
SuCh was born Su Charles in Boston, to Haitian parents. She grew up in a Seventh Day Adventist church because her father was a minister.
“I think that’s where my love of music was birthed, because I started singing in church,” SuCh says. “Both of my older sisters sing, and I grew up listening to them sing before my Dad’s sermon. Some of my earliest memories are of singing in the children’s choir at church. I probably had my first solo at 4 or 5,” SuCh continues. “Once that happened, I joined every choir I could think of in elementary school. I was in the choir and I played the flute. Music was always my thing.”
SuCh’s major musical influences were from many of the 90s R&B artists including Toni Braxton, Boyz II Men, Blackstreet, Luther Vandross and Mariah Carey. She was also inspired from listening to Céline Dion, Michael Jackson and Whitney Houston. 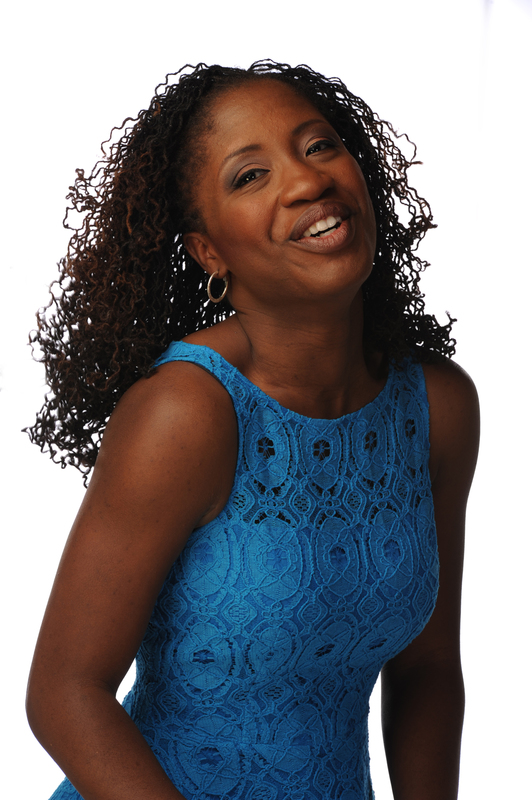 The Meaning of a Name
“When I decided that I wanted to be a singer, I knew that I wanted to come up with something that was close to my name, but not my name,” SuCh says. “When I wrote ‘SuCh,’ I just knew it. I think it’s always a good topic of conversation. People are like, ‘SuCh? What’s that?’”
After a suggestion that she should have a better reason behind her namebesides it being the first two letters of her first name, and the first two letters of her last name, she started her research.
“I realized that the word, ‘such,’ can be used in two ways,” SuCh says. “One is to exemplify something like, such as; the other thing is to amplify somethinglike, such good music – such beautiful people. I had to think about what are the things I want to be an example of and I wanted to amplify. I realized that I want my music to be good, beautiful and real.”

The First Taste of Music
One of the factors that drove SuCh to become a singer was the leadership of her high school band director at Nashoba Regional High School in Bolton, Massachusetts.
“When I was 15, my high school band director received notice for the Grammy High School Jazz Ensembles – the jazz choir, the jazz band and the jazz combo. I auditioned for the choir,” SuCh says.
The Ensembles were taking auditions from all over the US and Canada. SuCh explains that the winner would get a 10-day all-expenses-paid trip to Los Angeles. The winner would record an album, perform in various jazz clubs, perform at the pre-Grammy nominee party and attend the Grammys.
“So I auditioned, and back then, entries were on VHS,” SuCh says. “I auditioned and I made it. I was completely intimidated. I had never had voice lessons. I was just a girl who could sing. But it was so cool. It was literally hectic and crazy. We had rehearsals, performances; it was like a slice of a musician’s life,” SuCh explains. “I remember saying, ‘Oh my gosh, I could do this!’ I loved it.” 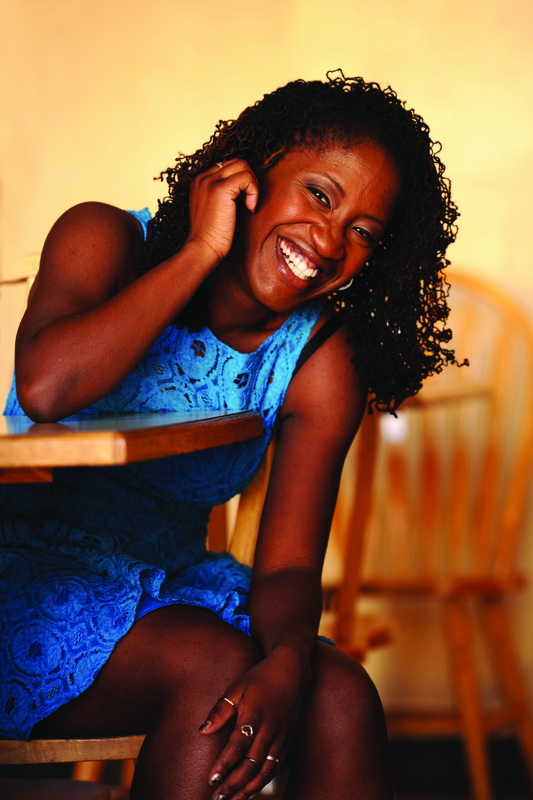 A Detour on the Musical Journey
When SuCh came home from the Ensembles to the small town of Lancaster, Massachusetts, she decided to be a singer. She wanted to go to a performing arts high school. She pitched the idea to her parents with a PowerPoint presentation.
“I did the whole presentation for them and they were like, ‘Naw, baby,’” SuCh says. “It wasn’t out of malice or anything; we just didn’t know people who did this. They were like, ‘We support your singing, but you got to have a legit profession.’ Ever since then I just thought of itas, this will be hobby. I’m not going to stop doing it. I guess it’s just not a viable career path.”
SuCh originally thought of being amidwife, but said that would require a lot of school. So she went to college in California and got her degree in Pre-Physical Therapy Exercise Science. “I liked physical therapy, because I liked the one-on-one care with patients and clients. I liked building relationships with people.”
In 2006 SuCh came to Denver from Chicago after directing and participating in several church choirs and praise teams. She was a physical therapist aid for a few years until one of her bosses suggested going into nursing. She went to Regis University and became a nurse.

When Tragedy Strikes
In 2010, Haiti was hit by a massive earthquake. This was one of the key factors that made SuCh jump from nursing into singing.
“I went down there right after the earthquake and was in the trenches taking care of people who were extremely sick, who were missing limbs. It was serious,” SuCh says.
SuCh realized how short life can be. Music was on herbackburner, but it started coming forward and soon became front and center.
“When tragedy strikes, a lot of things that you considered to be super important are no longer important. And things that you had forgotten about suddenly come to the forefront and music was one of those things.
“I came back from Haiti with such a sense of clarity about things that I had never experienced any other time in my life. It was just such a great refreshing time,” SuCh continues. “Whenever I go to Haiti, I sleep like a baby. The people are so happy. They’re not rich. They probably have a tenth of possessions that people here have, but yet they’re filled with so much joy, and I think that’s what I took away from it.”
SuCh’s trip to Haiti was so life-changing on the inside that she wanted it to also be life-changing on the outside. She went to a barber to cut off all her hair. “I loved having no hair. It was like a fade.”

Enjoying the Ride
In 2012 SuCh released her first album, Stretch Marks.
SuCh’s Musical Journey
“I had no idea what I was doing – none whatsoever! My whole first album was recorded in my basement,” SuCh says. “And the thing is I’m so proud of it. It’s not up to par as far as the standards of recording, but I just knew that I needed to have something that people could critique – something 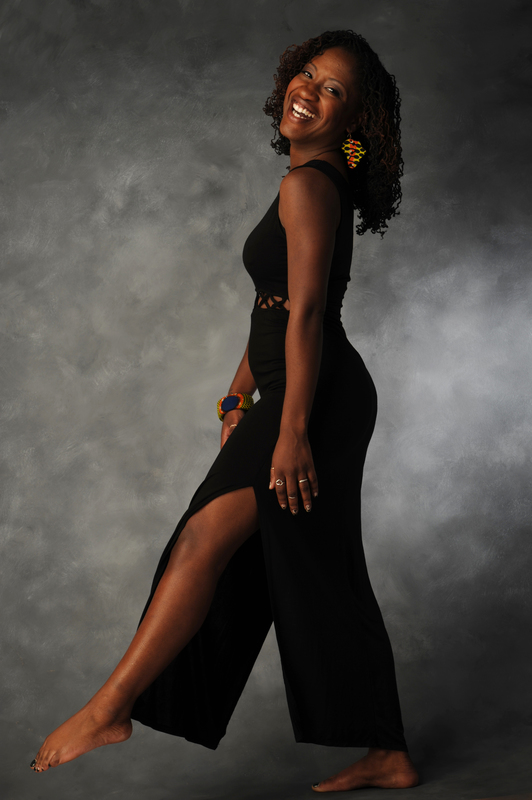 so I could get better.
SuCh explains that singers and artists want their work to be spotless and perfect. They hesitate on releasing anything because when the piece is created, it doesn’t come out as “perfect.”
“So many times we, because we want everything to be perfect, don’t ever release anything because we want it to already be the perfect whatever,” continues SuCh. “But you have to understand, for you to get there you have to have material first.”
SuCh explained why she called her first album, Stretch Marks. “It chronicled a period in my life where I felt like I was growing so much faster than I had time to catch up with. Stretch marks happen when there’s tons of growth over a small amount of time. I was just growing in ways I couldn’t have imagined.”
In 2014, SuCh released her sophomore album,Trial and Error. Her hit, “Sugar Maple” soared to number one on the United Kingdom Soul Charts. Currently, SuCh is working on her third album with her band that will release this fall.
SuCh was also bit by the acting bug when she played Celie in The Color Purple at the Aurora Fox Arts Center in 2013, which scored her the Henry Award for Outstanding Actress in a Musical and the Broadway World Awards for Best Actress and Best Acting Debut. She has also acted in Honda and Maven car-sharing commercials.

Looking Forward
SuCh’s advice to aspiring singers is to enjoy the journey. “I think a lot of times people want to fast-forward. Even I do it. But the reality is I think about people who, after they’ve wonGrammys, after they’ve been featured in many movies, still do what they do because they love it. So it’s always been about the journey.
“I think it’s really important to love what you do,” SuCh says, “and to understand that your story is your story, and be the best version of yourself that you can be. To not compare yourself or your story to other people’s because everybody’s journey is unique.”.

Editor’s note: You can listen to SuCh’s music on her website, www.iamsuch.com, and buy her music on iTunes, Amazon, Google Play, and Spotify. She’s active on social media and will respond to messages. Facebook: @iAmSuch, Twitter: @SuCh, and Instagram: @IAmSuch